I thought I’d try out a new feature on my blog today, so welcome to Book Chatter! I wanted Book Chatter to be a more personal post where I share my love about what I’m currently reading, if there’s a book I’ve read that I’ve really, really enjoyed, or if I discover a new author that I want to shout about.
In today’s case, it’s the latter and the author I want to spread some bookish love for is Robert Bryndza.

Robert Bryndza is a new author to me and when I was offered the chance to review his latest book, Coco Pinchard, The Consequences of Love and Sex for the brilliant Girls Love to Read I was intrigued. I soon learnt that this book was the third in a series about a character called Coco Pinchard, but could also be read as a standalone novel. Written in a diary format and with an utterly gorgeous cover (hey, I like my covers to be nice!) I thought that The Consequences of Sex and Love sounded right up my street. Light, funny, warm…and it was all of those things, however in no way did I anticipate just how much I would enjoy this novel, fall in love with Coco Pinchard and become desperate to read more of Robert Bryndza’s books…

The Consequences of Love and Sex was one of the funniest books I’ve picked up lately and it had me laughing my shoes off! (Dog biscuits! ‘Mummy Petrol’! Meryl’s birthing plan! Ethel! Rocco!) I couldn’t get enough of this novel and the second I’ve finished writing this post I will head over to Amazon and be ‘1-clicking’ the other books in the Coco Pinchard series. Here’s my mini guide to Robert’s books (race you to the download button…) 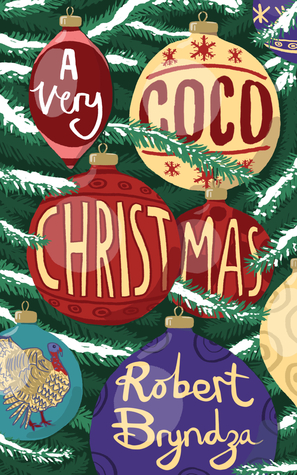 A Very Coco Christmas seems like a good place to start with it being the prequella to the Coco Pinchard series. I can’t wait to go back to 1985 and see where it all started. Download here. 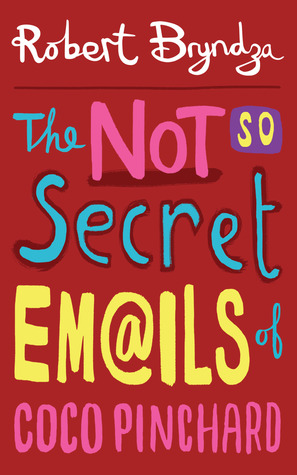 The Not so Secret Emails of Coco Pinchard is actually Robert Bryndza’s debut novel, and I for one cannot wait to nose in on Coco’s emails and see what she gets up to as a single forty-something after splitting up with Daniel… Download here.

Coco Pinchard was never a single thirty-something. She married young, had a son, and put her dream to be a writer on hold.
Now her first novel is published. Husband Daniel has greyed nicely into a silver fox, and son Rosencrantz is grown up. It should be time to enjoy life.
That is, until the annual family Christmas when her hideous mother-in-law Ethel comes to stay, and Coco opens her gift from Daniel. It’s not the jewellery she chose, but an iPhone. This marks the start of Daniel’s mid-life crisis and she catches him in bed with a younger woman.
The iPhone becomes a confessional of sorts, through emails to her friends Chris, an ageing trustafarian and Marika a slightly alcoholic schoolteacher. Coco documents her seemingly endless (and often entertaining!) run of bad luck.
Then she meets the hunky Adam and she’s back in the world of dating as a single forty-something…

Swiftly followed by Coco Pinchard’s Big Fat Tipsy Wedding. EEEEE (that’s my excited noise…sorry) I can’t wait to read this one, the beautiful cover and fantastic sounding synopsis promise so much. Download here.

For Coco Pinchard forty is the new thirty. After a tumultuous divorce, she’s found love with the gorgeous, hunky, four-years-younger-than-her-so-technically-a-toy-boy, Adam. Her career as an author is finally a success, and she has fabulous friends in Chris, a neurotic middle-aged socialite, and Marika, a slightly alcoholic dog walker.
Coco is even learning to cope with awful ex mother-in-law, Ethel, who despite the divorce, still thinks it’s fine to criticise, especially when Coco and Adam decide to move in together…
But hours before move-in day, Adam ends their relationship without explanation and disappears. After the initial shock and anger (and an ‘I told you so’ from Ethel) Coco sets out to discover what has really happened. 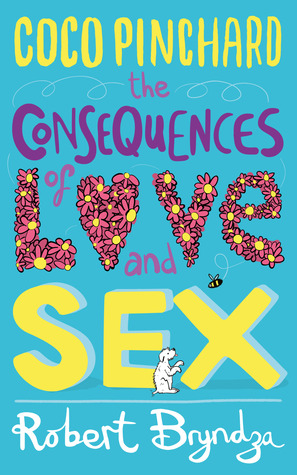 Then last but not least, The Consequences of Love and Sex. You can start at the end like I did if you so desire (backwards is the new forwards, RIGHT?) I think it’s great that Coco’s novels can be read as either standalone stories or as part of a series. Starting with the final book and falling in love with the characters has made me eager to go back in time and see what happens to them all in the years before. Download here.

Since Coco Pinchard found first husband Daniel in bed with another woman, she hasn’t just picked up the pieces: she’s now a best-selling author married to her hunky soul-mate Adam. She feels stronger and wiser and surely the second time round she’ll have learnt from her mistakes?
But things aren’t going quite according to plan… Adam has lost his job, Coco’s grown-up son Rosencrantz seems to have derailed his life in spectacular fashion, and ex-mother-in-law Ethel keeps letting herself into the house thanks to an endless supply of spare keys. When literary agent Angie takes on Coco’s arch rival, the indomitable Regina Battenberg, it looks as though things can’t get any worse. And then Coco discovers she’s pregnant; at 44.
Can she really go through it all again? Sleepless nights, stretch marks on top of stretch marks, and poo as a normal topic of conversation?
The third and final book in Robert Bryndza’s bestselling series (which can also be enjoyed as a stand-alone story) is a hilarious diary with Coco’s trademark wit and honesty, tracing the raging hormones and extraordinary twists that take her to motherhood for the second time.

Right, all I need now is to be able to hibernate for a week or so with the whole series of Coco’s glorious books… ♥

Robert Bryndza was born in the UK and lived in America and Canada before settling in Slovakia with his Slovak husband Ján. His debut novel The Not So Secret Emails of Coco Pinchard became an Amazon bestseller and two sequels have followed, Coco Pinchard’s Big Fat Tipsy Wedding and Coco Pinchard, The Consequences of Love and Sex. When he’s not writing Rob is learning Slovak, trying to train two crazy dogs, or watching Grand Designs – all in the hope that he’ll be able to understand his mother-in-law, build his dream house, and get the dogs to listen.