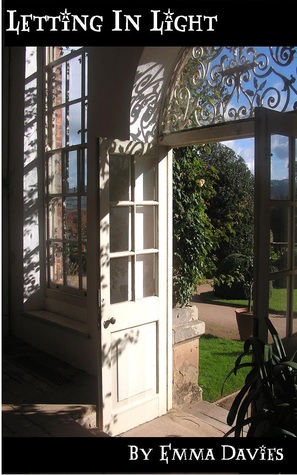 A beautiful estate. Two gorgeous men. One dark secret.
Rowan Hill seemed like the perfect place for Ellie to escape and lick her wounds; a huge estate surrounded by a nice big wall and plenty of peace, quiet, and time to think. She soon realises however that peace and quiet are the last things she can expect.
Firstly there’s Will, who has a reputation for being a humourless grumpy loner; things would be perfect if everyone would just leave him and his estate alone. Perhaps it’s not that he’s grumpy at all though, maybe it’s the big fat secret he’s keeping that makes him act the way he does.
Then there’s Finn, who is drop dead gorgeous, but who ran away from his past. He’s now planning a return home to Rowan Hill, and although he knows Will’s secret, he’s not about to tell Ellie. Is it loyalty to his brother that keeps him quiet, or perhaps it’s just that he has a few secrets of his own?
The perfect solution for all of them is staring Ellie in the face, trouble is she’s been accused of meddling before. Her vision for Rowan Hill could be just what everyone needs, so should she follow her heart or her head?
As Ellie puts her plans to save Rowan Hill into action, romance and friendships blossom, however the complications of the past are never far away, and a shocking revelation soon threatens their hopes for the future. Suddenly the beliefs they once held true become the biggest obstacle they have to overcome. Will they find the courage to learn from the truth?
After all, life, like art, is all about perception, and sometimes it just depends on your point of view….

When Ellie Hesketh is involved in a car accident, she’s comforted and rescued by a very handsome man with very blue eyes who goes by the name of Will. That’s all she knows about this mysterious man, or at least it is until she turns up to undertake some first aid training and who should be the teacher, but the handsome Will McKennan. The training isn’t as bad she Ellie fears and she even makes some new friends on the course. Unsure of herself and suffering from a crisis of confidence after having her heart broken by her ex Robbie and currently staying with her best friend, Jane, Ellie isn’t sure what direction her life is going in. But when the opportunity to house sit at the amazing Rowan Hill arises, it offers Ellie a much needed distraction and some breathing space to decide what she’s going to do next.

However she doesn’t quite get the peace and quiet she’s craving as her neighbour has a tendency to chop logs in the middle of the night and things take a very unexpected turn when the identity of this late-night-log-chopper is revealed…you guessed it…it’s Will McKennan.
Ellie soon learns that Will has a bit of a reputation for being anti-social, keeping himself firmly to himself and he also seems extremely grumpy and aloof. Village gossip hints that he’s gay and his wife left him because he wouldn’t give her a baby but this doesn’t deter Ellie from trying to get to know Will, and the more she does the more she starts to like him. Although it’s clear that Will is hiding some pretty big secrets and won’t let his guard down. When his brother, Finn, returns home it’s clear that he knows more than he’s letting on too.
However a distraction comes along in the form of a plan to transform the somewhat dilapidated Rowan Hill and its beautiful estate. As the three put their all into getting the plans approved, and working their magic to return Rowan Hill to its former glory, friendships are formed, alliances made and it’s not long before some shocking secrets are revealed, one by one…

Letting In Light was a novel I had not come across before and didn’t know much about until I was asked to review it. After a quick read of the synopsis I thought it sounded like the kind of read I would enjoy and as Emma Davies is a debut author I was keen to discover her writing. There’s always the possibility when reading new authors that you’ll find one who’s writing you just fall in love with… and in the case of Emma Davies and Letting In Light this is completely what happened!

Everything about the plot line made for utterly addictive reading. Firstly you’ve got Ellie’s story as she recovers from Robbie’s betrayal and tries to get her life back on track, then when she agrees to house sit and Will McKennan turns out to be her neighbour you get engrossed in their seemingly love/hate relationship…but then when she does get close to Will and it becomes clear he’s hiding so many secrets you’ll be tearing at the pages to find out what’s really going on, and then Finn turns up and things get a whole lot more mysterious. It felt like piecing together a very juicy jigsaw as you progress through the story.

There were aspects of Letting In Light that reminded me of Katie Fforde’s novels (and believe me that is a compliment of the highest order as I love Katie Fforde!) There’s that feel-good, exciting, romantic, ‘warm’ feel that Katie achieves and it’s definitely there in Letting In Light too. I love books that evoke a strong reaction in me to their characters and Emma does such a brilliant job of bringing Ellie, Will, Finn and the whole cast to life. Ellie is immensely likeable, Will is immensely gorgeous-sounding and I couldn’t help but fall a little bit in love with him, as I also did with Finn. They are characters you would want to know in real life, they’re funny, entertaining, yet sensitive, vulnerable and when all is said and done, only human, just like the rest of us. I wanted to take Will in my arms and give him a great big hug, but I also love how Ellie doesn’t take any crap from Will and she is basically the glue which, in the end, holds everything together. These are one set of characters that I would love to read more about in the very near future (*subtle hint*)

Emma’s writing also really made Rowan Hill come to life in the way that she described it. It was so easy to imagine the transformation and you can’t help but envisage Rowan Hill old and new and really get a picture of how beautiful it is.
I fell in love with Letting in Light, hook, line and sinker. It’s such a gorgeous novel, filled with great characters and intriguing plot lines which are both light and dark.

An additive, compelling but hugely romantic read which shows us that people are not always as they seem and as was the case with Will, there is always more than first meets the eye.

I would like to say a massive thank you to Emma for kindly providing me with a copy of Letting In Light to read and review.♥

Emma Davies once applied for her dream job in the following manner;
‘I am a bestselling novelist currently masquerading as a thirty something mother of three.’ Well she’s now a forty something mother of three, and is working on the rest.
By day she’s a finance manager and looks at numbers a lot of the time, but by night she gets to use actual words and practices putting them together into sentences. Her twitter bio says she loves her family, her job, reading, writing, singing loudly in the car, and Pringles, so that must be true then.

Letting in Light is her debut novel, and she is currently working on her second.

3 thoughts on “Book Review: Letting In Light by Emma Davies”