I’ve already told you some of the books I am especially looking forward to being released this October, but what I didn’t mention is how many fantastic Christmas releases there are this month (clue: there’s loads) October is a a fine month for Christmas novels to be released as it gives you plenty of time to read them in the run up to Christmas and they’ll get you feeling all festive too. If, like me, you love Christmas novels and don’t want to miss ANY then check out my Christmas Corner where you can find a list of all of the lovely, sparkly Christmas books whizzing our way this festive season. 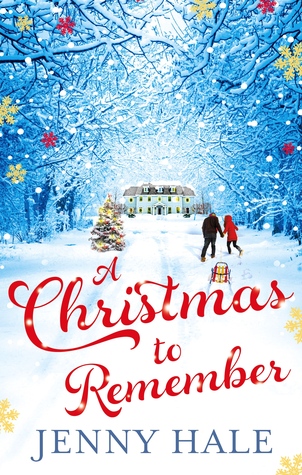 A Christmas to Remember by Jenny Hale (released 10th October 2014)

A beautiful story about the magic of childhood Christmas memories, the strength of family and falling in love when you least expect it.

Everyone loves Christmas – don’t they?

Carrie Blake loves her job as a nanny but, while her friends are settling down, all of Carrie’s spare time is spent with other people’s families. Though it breaks her heart, her New Year’s resolution is to embark on a new career and fix her love life.

As Carrie starts her last job, she’s sure she’ll be going out on a high – the house is amazing, the kids are adorable, and she’s in charge of decorating the tree!

The only problem could be her boss… single-dad Adam Fletcher might be both handsome and successful, but he’s always working. Doesn’t he realise he’s missing out on precious moments with his son and daughter?

As Adam’s family arrive for Christmas including his sensitive sister, Sharon, and his fun-loving elderly Grandpa, Walter, Carrie realises that she might just have found the perfect allies in her quest to persuade Adam to loosen up. There’s still time for Carrie to make this the best Christmas ever… after all, Christmas is the time for miracles, isn’t it? Let the festivities begin! 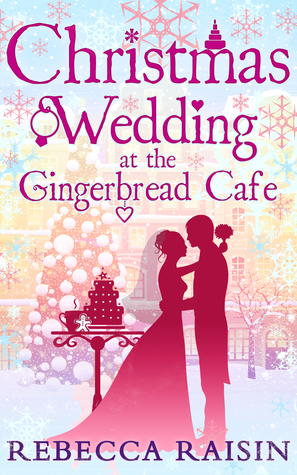 You are invited to the wedding of the year!

Snow is falling thick and fast outside the Gingerbread Café and inside, its owner Lily is planning the wedding of the year. Her wedding! She never dreamt it would happen, but this Christmas, she’ll be marrying the man of her dreams – in a Christmas-card-perfect ceremony!

The gingerbread is baking, the dress is fitted and the mistletoe’s in place – for once, everything’s going to plan. That is until her mother-in-law arrives… Suddenly, Lily’s famous cool is being tested like never before and her dream wedding is crumbling before her eyes.

In the blink of a fairylight, the Gingerbread Café has been thrown into chaos! Lily thought she had this wedding wrapped up, but with so much to do before she says ‘I do’, can Lily get to the church on time – and make this Christmas sparkle after all? 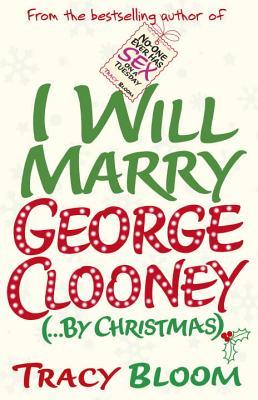 A brand new very funny Christmas novel, from the bestselling author of No-One Ever Has Sex on a Tuesday and Single Woman Seeks Revenge.

There comes a time in every woman’s life when the only answer is to marry George Clooney.

For Michelle, that time is now.

Slogging her guts out in a chicken factory whilst single-handedly bringing up a teenager who hates her is far from the life that 36-year-old Michelle had planned.

But marrying the most eligible man on the planet by Christmas could change all that, couldn’t it?

Sometimes your only option is to dream the impossible – because you never know where it might take you. 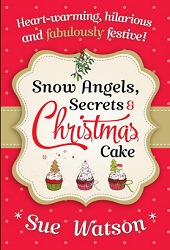 For Tamsin Angel, Christmas is always the biggest and best… chic parties and a little showbiz sparkle are a must. This year though, things aren’t going quite as planned…

With bailiffs suddenly at the door and her husband nowhere to be found, it looks like Christmas just got downsized. Moving into her sister’s one-bedroom flat, she wonders whether things will ever be the same again.

After losing her husband on Christmas Eve, Sam Angel has rebuilt her life around her son Jacob and her new business – The White Angel Bakery. She’s also found herself a very handsome, loving boyfriend, but is struggling to let go of the past.

Thrown together with a sprinkle of Christmas magic, Sam and Tamsin might just learn a little more about each other – and themselves. But when disaster strikes at the bakery, will they be able to save the day in time for Christmas? 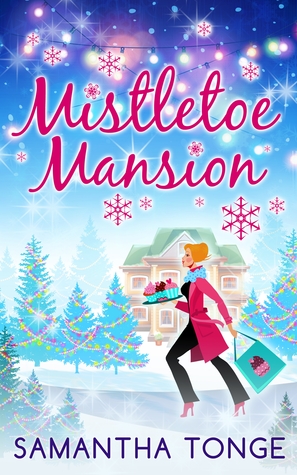 Kimmy Jones has three loves: cupcakes, gossip magazines and dreaming of getting fit just by owning celeb workouts.
When Kimmy’s Sensible Boyfriend told her he didn’t approve of her longing for the high life or her dream of starting a cupcake company Kimmy thought she could compromise – after all, she did return those five-inch Paris Hilton heels! But asking her to trade in cake-making for a job sorting potatoes is a step too far.

So, newly single – and newly homeless – Kimmy needs a dusting of Christmas luck. And, masquerading as a professional house sitter, her new temporary home is the stunning Mistletoe Mansion. Soon she’s best buds with glamorous next door golf WAG Melissa, and orders are pouring in for her fabulous Merry Berry cupcakes! The only thorn in her side is handsome handyman Luke, a distraction she definitely doesn’t need. And talking of distractions, something very odd is going on at night…

Kimmy is finally living the life she’s always wanted. But will her glimpse into the glittering lifestyle of the rich and famous be as glamorous as she’s always imagined…? 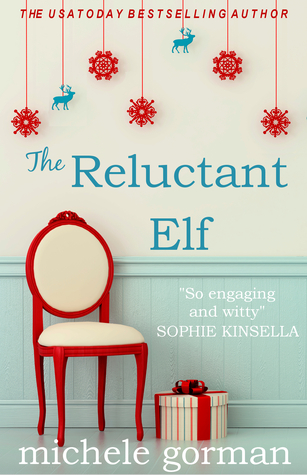 The Reluctant Elf by Michele Gorman

Single mother and extremely undomestic goddess, Lottie, has five days to become the ultimate B&B hostess to save her beloved Aunt Kate’s livelihood.

When Aunt Kate ends up in the hospital, Lottie and her seven-year-old daughter are called to rural Wales to stand in at the B&B. Without the faintest idea how to run a hotel (she can barely run her own life), Lottie must impress the picky hotel reviewer and his dysfunctional family who are coming to stay over Christmas. Without the rating only he can bestow, Aunt Kate will lose her livelihood.

But will Danny, the local taxi driver who she hires to help her, really be Santa’s little helper, or the Grinch who stole Christmas? 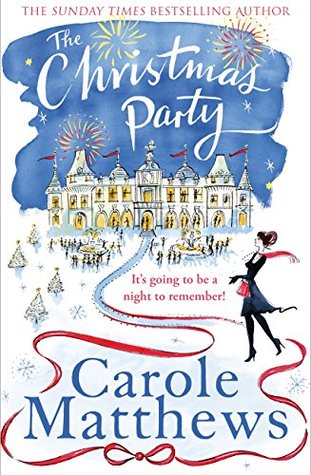 Louise Young is a devoted single mother whose only priority is providing for her daughter, Mia. Louise has a good job in a huge international corporation and she’s grateful for it. The only problem is her boss who can’t keep his hands to himself, but Louise can handle him. What she really doesn’t have time for is romance – until she meets the company’s rising star, Josh Wallace.

Louise usually says no to evenings out but she’s decided to let her hair down tonight. It’s the office Christmas party, she has a pretty dress to wear and she’s looking forward to some champagne and fun. She’s completely unaware that others around her are too busy playing dangerous games to enjoy the party – until she’s pulled into those games herself . . .

Romance is in the air and secrets are about to be uncovered. It’s going to be a night to remember at The Christmas Party.