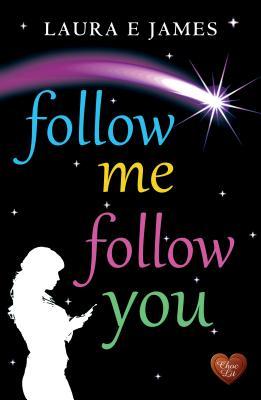 You save me and I’ll save you Victoria Noble has pulled the plug on romance. As director of the number one social networking site, EweSpeak, and single mother to four-year-old Seth, she wrestles with the work-life balance.

Enter Chris Frampton, Hollywood action hero and Victoria’s first love. His return from LA has sparked a powder keg of media attention, and with secrets threatening to fuel the fire, he’s desperate to escape. But finding a way forward is never simple. Although his connection with Victoria has lasted the test of time, has he been adrift too long to know how to move on?

With the risk of them breaking, will either #follow their heart?

Workaholic Victoria has decided that enough is enough. She may be the founder of the latest social media network, EweSpeak, but she’s is on better terms with her computer than with her own four year old son, Seth. After having her heart well and truly broken when she was a teenager, Victoria is a very controlled, guarded person who doesn’t find it that easy to express her emotions, but when Seth starts hitting out at her and saying he wishes Victoria was dead she knows that something has to give.
At the end of her tether Victoria ups and leaves her busy life in London and goes to stay with her Father by the coast in Weymouth in an attempt to put things right with her son and start enjoying life.
However, the place that she returns to is the very place where her heart was broken all those years ago; by the now famous Hollywood star Chris Frampton.
Chris is experiencing his fair share of heartbreak of his own, after the shocking death of his wife and one of his sons in a freak accident. Still mourning and unable to connect with his remaining son, Rick, Chris decides that a fresh start is just what is needed for the pair, so they head off to England to Hope Cove Castle.
And before Chris or Victoria know what’s happening they are re-united in each other’s lives once again purely by chance after their sons meet and instantly connect with one another.

This is the first novel that I have read by Laura E. James, but knowing that Laura was a Choc Lit author, I knew I’d be guaranteed a good read (I seem to always enjoy their books…) and Follow Me Follow You certainly lived up to all of my expectations. First up I really liked the concept of EweSpeak, it was such a clever idea and I loved the ‘bleats’ at the start of each chapter. I found to be a really clever idea and I liked the impact that Victoria’s career had on what happens later on in the story.
Laura James is a hugely talented writer and the way that she weaves all of the characters lives together makes for a brilliant read. I felt as though the characters really came alive for me through Laura’s writing and I desperately wanted Victoria to lose her uptight persona and fix things with Seth (who I found to be infuriating one minute but then adorably cute the next) My heart also broke for Chris and Rick after all that they had been through. Whilst I loved Victoria and Chris re-uniting and the difficulty of getting past those teenage memories that they’d carried around for years, my favourite relationship in this novel was the one between Seth and Rick. A four year old and a fourteen year old are not the most likely candidates for a friendship but I loved these two together and the impact that they had on one another, it was lovely.
I loved how the title relates to the story as it’s relevant in so many concepts as you’ll see once you start reading.
I also must mention the setting, set mainly around Chesil Beach you will have no trouble at all imagining the whereabouts of Victoria and co. Laura’s descriptions of the beaches, the woods, Hope Cove Castle…everything is wonderful. I love it when a scene is properly set for a story in the way that it seemed to be in Follow Me Follow You. It makes the story all the more realistic and you feel much more involved.

This is a really enjoyable romance, with a large dose of reality. It’s by no means all hearts and flowers and there’s quite a grittiness to some of the happenings, but it makes for a passionate, exciting, shocking, and at times, tense read.

A really interesting, intriguing storyline line runs alongside romance, secrets, deception and the reminder of how just how important family life is…
My thanks to the wonderful Choc Lit for kindly sending me a copy of Follow Me Follow You to read and review. ♥ 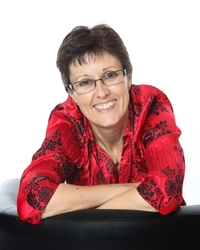 Possessing little in the way of domestic skills, and with an insatiable hunger to write, Laura E. James found a much better use than cooking, for the family kitchen. Tucked neatly in one corner is her very small, but very tidy desk from where she produces issue-driven romantic novels, short stories, and flash fiction. She considers her legendary affair with stationery, the urge to smell new books, and her mum’s love of reading as the catalysts for writing.
A long-serving wife, and a mother of two outspoken children, Laura is constantly amazed by the question, ‘Are there any plans for tea?’.
Living in and enjoying the inspirational county of Dorset, her formative years were spent in Watford, a brief train ride away from the bright lights of London. Here she indulged her love of live music, and, following a spectacular Stevie Nicks gig, decided to take up singing, a passion that scored her second place in a national competition.
Now in her formed years, as a graduate of the Romantic Novelists’ Association’s New Writers’ Scheme, a member of her local writing group, Off The Cuff, and one eighth of The Romaniacs, Laura spends as much time as life allows playing with words, and asking, ‘What if?’
Her debut novel, ‘Truth or Dare?’ is published by the award-winning Choc Lit, under their new imprint, Choc Lit Lite, and was nominated for Best Romantic Ebook, 2013, Festival of Romance..