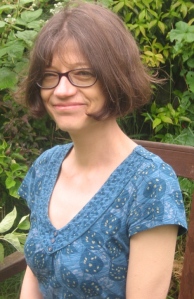 Like most people, we have lots of Christmas traditions in our family, and I love this aspect of the season. The kids and I start getting excited – ooh – around October time. (Please don’t tell anyone.) The feeling builds, and from 1st December raucous carol singing is authorised.

Then we mark the approach of Christmas in all sorts of ways; I love the long-standing customs the best. When I was child, my mother used to read me The Box of Delights by John Masefield. It’s a story of magic and good versus evil, that finishes with midnight mass on Christmas eve. I used to look forward to it each year, and also had a recording of a version that had been dramatised for radio. Then, when I was in my teens, the BBC made the book into a television series, starring Robert Stephens and Patrick Troughton. They used the wonderfully atmospheric Carol Symphony by Victor Hely-Hutchinson for their incidental music, and watching became part of the tradition. Now I have children of my own and the adaptation is available on DVD. Even though they’re growing up, we still watch The Box of Delights every year in the run-up to Christmas. They’re amazingly tolerant of the 1980s special effects! 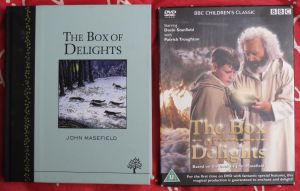 A huge, huge, thank you to Clare for sharing this lovely post. ♥ 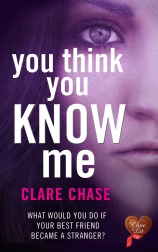 Clare Chase writes fast-paced romantic mysteries. Her novels are inspired by what makes people tick, and how strong emotions can occasionally turn everyday incidents into the stuff of crime fiction.
She grew up reading everything from Jilly Cooper to Sue Grafton, and finds romance complements crime perfectly, doubling the intrigue. Her debut novel is set in London and the Lake District, and she has a Cambridge series planned.
Clare wrote dodgy whodunits in primary school, read English at London University, and honed her creative writing skills whilst working in PR. She is a member of the Romantic Novelists’ Association, and the Crime Writers’ Association.
In her spare time, she enjoys drawing, cooking and wandering round the pubs, restaurants and galleries of Cambridge, where she lives with her husband and teenage children.