Ah, I love Christmas! I love the drawing in of days, the build-up and the frenzy as Christmas looms. I love the aisles dedicated to ‘seasonal goods’ in the supermarkets, the boxes of chocolate jostling for space with mince pies and crackers, walnuts and cheeseboards, table presents and decorations. I love festive wreaths: green and red smiley faces of Christmas cheer that beam from front doors, bequeathing passers-by with a little Christmas magic. I love the elaborately bedecked trees visible through twinkling windows, the air spiced with the cinnamon and mulled wine and pinecone scent that is uniquely Christmas, the harassed shoppers, the hunt for presents, the bustle, the smells, the sales, the colours. I love the way glittering Christmas lights lift an ordinary night, embellishing it with sparkle, transforming it into something spectacular, enchanted. I love the smiles on children’s faces, the chocolatey taste of anticipation as they count down to Christmas on the Christmas calendar, each window bestowing a bite-sized treat and the promise of presents galore. I love that I am now living the Christmases I always dreamed about, the Christmases I had only ever seen in Christmas cards and read about in books growing up.

I grew up in a small coastal village in the South of India which comprised of a mostly Catholic population (our ancestors converted to Catholicism when the Portuguese colonized the South Coast of India), and for us, back then, Christmas always began in late November with the announcement of the crib/manger competition by the priest during mass.

All the youngsters of the parish would set about collecting twigs and mud, leaves and hay, as the flitting late afternoon shadows lengthened and flirted with the evening, to build an elaborate manger in which they would arrange their little clay statuettes of Jesus, Mary and Joseph, the shepherds and the three kings. The best manger, worthy of the birthing place of Jesus Christ, would win first prize. In previous years, we had built intricate fields around the crib with strips of grass and ears of paddy stolen from our neighbour’s field, there were minuscule bridges with streams underneath sporting flowing water that we rerouted from the stream, and once even a little working fountain, which, my brother argued, had not graced Jesus’s actual birthing place two thousand years ago, but which, we convinced him, looked great and would guarantee us third place at least.

In the run up to Christmas, the priest and his loyal band of altar boys would visit all the houses in the parish to judge the Herculean effort of the village children in recreating Jesus’s manger. Our brother, (the lookout by dint of being the youngest), would come running, breathless and panting to tell us the priest had left Ashwin’s house and was on his way to ours and we would embark on a last minute frenzy of watering the grass that was looking a little faded, nudging the hay, that had been pushed away from the roof of the crib by the dog, into position, chasing away the frog that had taken up residence in between baby Jesus and his loyal mother. In all those years of meticulous crib creation, we never won. There was always some crib bigger, better, more sophisticated than ours.

The food at Christmas had a special name: ‘Kuswar’. As November ended in a haze of heat and December slowly rolled in, my grandmother would get out her biggest handi, wash it and put it face down in the courtyard. I would see it when I skipped home from school, glinting in the sun where it had been laid out to dry on the mat. Our dog of questionable pedigree, the latest in a long line of strays who had been adopted by my gran, who hadn’t the heart to turn anyone looking for food, man or beast, away, would be licking his paws languidly while stretched out on his back just outside the mat (my gran would skin him alive if he slept on the mat), and I knew, without a doubt that Christmas was near.

Tamarind would be laid out to dry in neat orange rows, infusing the air with its sharp pungent aroma, butterflies would be darting amongst the hibiscus flowers, happy in the relatively milder sun of December, basking in the gentle swaying breeze, and inside the house my grandmother would start frying the Kuswar, the kitchen redolent with the fragrance of roasting coconut, cardamom and cinnamon, a smoky honeyed smell that made my mouth water and my stomach growl. The tradition at Christmas was exchanging Kuswar as hardly anyone could afford presents. Kuswar comprised of Karakadis (deep fried sticks of spiced gram flour), Nevris (pasties filled with a sweet mixture of coconut, jaggery, raisins, cashew nuts and crushed cardamom seeds), Kokisam (sweet flower shaped pastries) and a variety of other sweetmeats.

On Christmas Eve, we all went to midnight mass, decked out in their best clothes. We would go to bed early the previous night and our mother would rouse us at half eleven, the thick night air infused with the enigmatic scent of rapidly fading dreams, flickering kerosene lamps and barely suppressed excitement. Going to church in the pitch dark, with only the feeble, wavering torchlight manipulated by my brother’s inexpert hands illuminating the way, carefully navigating the treacherous, rain soaked path between the fields, lifting my churidar so it wouldn’t get muddy, I screamed at every blade of grass which brushed against my leg, convinced it was a snake.

On Christmas morning, it was our job to distribute the overflowing plates of Kuswar among neighbours and friends and bring back reciprocal Kuswar in return. We were allocated which houses we would go to, depending on how much each of us could carry.

Afterwards, my gran and mum would count the number of varieties each neighbour had given and begin the mammoth task of tasting and comparing Kuswar that was an integral part of Christmas day.

‘Penny Bai only made eight varieties this time. We made nine!’ my gran would exclaim in glee. ‘We definitely made the most varieties of Kuswar, don’t you think?’

My mum would agree happily, her mouth stuffed full of Penny Bai’s Nevri. ‘Not as sweet as ours. Tastes oily. And she hasn’t added cashew nuts.’

‘Our Kuswar is definitely the best.’

Indeed, my grandmother’s Kuswar was regarded as the best in the village, if you didn’t count Mrs.Fernandes who had lived in Kuwait.

Once, I made the mistake of saying, while my mum and gran were doing their usual tasting and fault finding with everybody else’s Kuswar, ‘I think Mrs.Fernandes’s Kuswar is the best. And she has ten different varieties as well, one more than ours.’

I shrivelled under the withering looks I received. ‘No, I mean…’ I stammered. ‘I meant to say hers is… Oww…’ This in response to my sister pinching me soundly to stop me digging myself into a deeper hole.

My gran was hyper-ventilating onto Mrs.Furtado’s chakuli. My mum had turned away and was stirring the pork with the big ladle made from the inner hard brown shell of a coconut.

After that, I kept my thoughts on Kuswar to myself and even if I thought someone else’s was better I kept quiet about it and ate it on the sly.

After Christmas lunch, to which all our Hindu and Muslim neighbours were invited, we would have a little siesta, our bellies heavy and full of the rich pork and chicken curries cooked especially at Christmas and of vorn, the sweet vermicelli pudding steeped with cashews roasted in ghee and plump, golden raisins. The scented late-afternoon air drifting in through the open front door would be drowsy and warm and drunk on nectar, fanning us as we lay there, replete with happiness, comfort and contentment.

So, here’s wishing you all a very happy Christmas, filled with great food, excellent company, a good helping of joy and laughter, and a sprinkling of Christmas magic.

A massive thank you to Renita for this lovely piece. ♥ 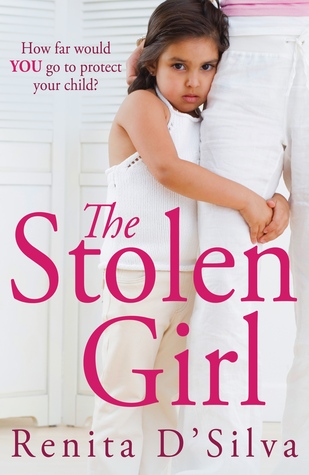 Renita D’Silva loves stories, both reading and creating them. Her short stories have been published in ‘The View from Here’, ‘Bartleby Snopes’, ‘this zine’, ‘Platinum Page’, ‘Paragraph Planet’ among others and have been nominated for the ‘Pushcart’ prize and the ‘Best of the Net’ anthology. She is the author of ‘Monsoon Memories’, ‘The Forgotten Daughter’ and ‘The Stolen Girl’.