Seeing as it’s Christmas Eve I have a double the fun with the second Festive Feature of the day, this time by the marvellous Linda Green…

It may be the season of goodwill but one rather important person has been made redundant this Christmas – me!

I’m not talking about the day job of writing (I’m still busy writing book number 7), no, it’s my once a year night-time job which has disappeared. The 10-year-old knows about Santa.

The actual details are all rather upsetting. Every year we sent him a letter from Santa via those nice folks at the NSPCC who sent a personalised letter in return for a donation for their very good work.

Unfortunately, they placed an advert in a magazine for primary schools which my son happened to see. His face darkened, he looked up at me, bubbling over with indignation.

‘They’re fakes,’ he cried. ‘Those letters from Santa were all fakes’.

Now there have been similar sorts of scares and doubts before. One year he tasted the snowy footprints which Santa had left on the front door mat and declared they tasted of flour. Obviously we were able to reassure him that snow from the North Pole has a particularly floury taste.

But by last year he was proficient enough at science to know that real snow would have melted long before he came downstairs. We fudged it then, doing that ‘well, Santa’s foot prints are special’ thing. He didn’t buy it for a minute. But he seemed happy enough to let us get away with it.

The run-up to this year was different. And that’s largely because the ten-year-old is different. He no longer wants to wear anything with rockets, stars or spots on or anything else which he thinks are for ‘little kids’. He has started to find my dancing embarrassing, excruciatingly so in public. And, if truth be told, I knew that it was time. We are planning to ‘do’ the book on puberty I have bought him over the holidays, ready for the biology lessons to come in Year 5. And I’m a firm believer that you can’t ‘do’ puberty with any moral authority if you haven’t come clean about Santa first.

So this time I didn’t deny it or try to fudge it. I told him the truth. He nodded wisely, confirming that he had suspected as much for some time. But still there was a hint of sadness in his eyes.

And me? I was devastated, of course. When you sit in an ‘office’ writing all day, your only kicks tend to be fictional ones. But for one night of the year I got to plan a mission which required cunning, skill and stealth and enjoyed the adrenalin rush which only comes with knowing that one creaking floorboard or rustle of paper sack could give away the best kept secret of childhood.

True, I wouldn’t have to write the two apology letters which Santa had been forced to send when the ‘ahem’ internet let him down last year and he had to make up a story about a friend’s puppy eating a certain present in the sleigh.

But I would have put up with all that hassle to have one more go at playing Santa. Still, I reasoned, at least I still had my role of the tooth fairy to fall back on.

Until a few days later, when he looked up from his tea and asked me with a grave expression, ‘the tooth fairy as well?’ I nodded. He went back to his pasta bake rather forlornly.

And then the other day, having been quiet on the subject for some time, he said, ‘Even though I know, we can still do the sack and stocking thing?’

‘Just not all the other stuff though,’ he added.

So, come Christmas Eve, you won’t find me sieving cornflour over cut-outs of Santa’s footprints or biting the ends off carrots for Rudolph and all his friends. But I will still be making that midnight tip-toe into my son’s room. Though if he does happen to stir I’ll just wink at him this time, instead of throwing myself onto the floor.

A huge festive thank you to Linda for this wonderful post.♥ 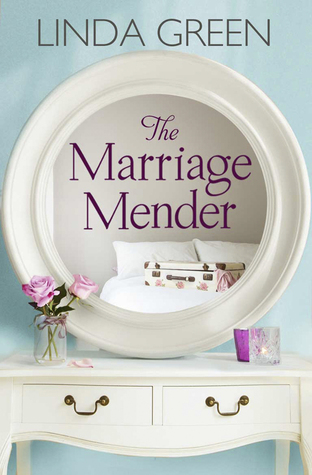 Linda Green wrote her first novella at age nine. Unfortunately the pony-based time travel thriller genre never took off. She did however – after 102 rejections – go on to achieve her childhood ambition of becoming a published author. Linda is an award winning journalist and has written for the Guardian, the Independent on Sunday and The Big Issue. She is also a creative writing tutor and enjoys visiting libraries and schools to give talks.

Linda lives in West Yorkshire, is married to a sports photographer and has a nine-year-old son. The Marriage Mender is her sixth novel. Visit www.linda-green.com for more on Linda and her novels or follow her on Twitter @LindaGreenisms or Facebook Fans of Author Linda Green.