As we welcome in the new year I’d like to welcome a fabulous new author to Bookaholic Confessions today who I’m really excited to introduce you to. Fiona Jane Collins, whose debut novel, The Anti-Ageing of Harmony Richards was released in November (click here to grab your copy) has joined me for a chat about growing older in style, finding inspiration from Marian Keyes and selling vacuum cleaners…

Hello Fiona, a huge, warm welcome to Bookaholic Confessions! Thank you so much for participating in this interview. Would you like to start by introducing yourself…?

Hello and thank you for having me! I’m a new writer. I’m married with three children and live in a draughty old farmhouse in the Essex countryside, although I confess I’m more of a high heels and handbags kind of girl than a wellies and wet dog one.

Can you tell us a bit about your debut novel, The Anti-Ageing of Harmony Richards (released 17th November 2014)?

My novel is about Harmony Richards, a forty-five year old wife and mother who discovers that the unromantic husband she adores only proposed to her thirteen years ago because he was dumped by a One That Got Away. This ex-fiancée is not only much younger and prettier than her, but she’s back in town to throw Harmony’s life into a sudden tailspin.

The novel explores what it feels like to be insecure in a marriage and have your looks, which you’ve relied on for so long, start to fade, particularly in the face of a stunning, younger rival. There’s also a lot of delicious flirting in the book (so much fun to write!) when Harmony meets far-too-young personal trainer, Blake.

What made you decide to write a book about what it’s really like to be in your forties? Is ageing and the way women are made to feel about growing older something that you feel strongly about?

It really is. I’m forty-six, and it’s a weird age where you are neither young nor old and you have to find a place for yourself, which is quite a challenge when the media is constantly celebrating youth and being very derisive about women (especially those in the public eye) who dare to look a day over thirty-five. I feel there’s not that many books written about forty-something women and I wanted to tell the truth about what it’s like at this stage of life. I was also interested in the issue of women losing their identity to marriage and children and how to find value in themselves again.

For younger women it’s kind of a clarion call to make the most of their youth, but not to dread the forty-something years — there is still fun and fulfilment to be had!

Something tells me I am going to LOVE Harmony Richards! Is she completely fictional or is she based on yourself or anyone you know in real life?

Harmony is fictional, although she does share a few things with me —I have a husband, I have three children. I don’t, however, have a tendency to stalk people or start flirtations with young Australian men! — but she definitely voices a lot of my feelings about ageing and the dread of approaching invisibility. She’s also quite vain, a bit like me (occasionally)!

You are a lady of many talents and have had a wide range of jobs before becoming an author, from a TV presenter to a seller of vacuum cleaners. WOW! Which of all your previous professions has been your favourite?

Well, yes, I have had several jobs over the years, many of them quite crazy. I temped a lot when I was younger, during university holidays, so have worked in a lot of different places. The vacuum cleaner thing was while I was travelling round the world at age twenty-one. Other jobs that gap year were working in a Japanese restaurant dressed in a full kimono and selling fake oil paintings door to door. Oh, I’ve lived! My favourite was being a TV presenter. I lived in Hong Kong for half of the 90s and ended up being on the telly there. It was fantastic. I got to interview a lot of famous people – dare I name drop and mention George Clooney, Kylie and Peter ‘I love my kids’ Andre?

Writing is something I have dipped in and out of all my life. I was a scriptwriter as well as a presenter during my time in Hong Kong, and I have also worked for BBC local radio where I wrote traffic and weather reports and film reviews. I never thought I had a novel ‘in me’ but last year, inspired by the Marian Keyes book The Other Side of the Story, I thought I would give it a go. Now it appears I have several! 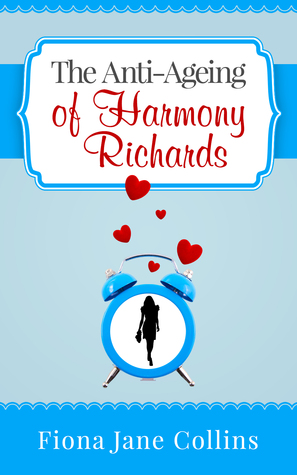 I am a huge, huge chick lit fan and I devour one after the other like a ravenous beast. I love Adele Parks and Jane Fallon. I love Sophie Kinsella. If I’m feeling a bit more literary then I reach for a bit of Graham Greene. My treat at the end of every day is to sink wearily into a bath with a book (I do sometimes remember to add water and some bubbles!).

I’m working on a new novel about a single mum, the first to admit she’s never really done much with her life, who finds it transformed when she strikes up an unlikely friendship on the school run with an older, female rock star who was huge in the 80s. I’m cooking up lots of adventure and romance for my reluctant heroine who may find herself stepping into the spotlight of her own life for the very first time…

A huge thank you to Fiona. ♥