There are awesome books being released every day of every week of every month of every year. It’s just the way of the world. However, just recently there have been more books than ever that I’m desperate to read – the good ones just keep on coming. Some of the titles that I am most excited about reading in 2015 are brought to us by publishers Little, Brown Book Group UK, so I decided to do a round-up of some of their releases that I am most looking forward to. (You can find out more about Little, Brown Book Group here.)

The Cake Shop in the Garden by Carole Matthews.

Fay Merryweather runs her cake shop from her beautiful garden. She whips up airy sponges and scrumptious scones, while her customers enjoy the lovely blossoms and gorgeous blooms. Looking after the cake shop, the gardenand her cantankerous mother means Fay is always busy but she accepts her responsibilities because if she doesn’t do all this, who will?

Then Danny Wilde walks into her life and makes Fay question every decision she’s ever made.

When a sudden tragedy strikes, Fay’s entire world is thrown off balance even further and she doesn’t know which way to turn. Can Fay find the strength to make a life-changing decision – even if it means giving up the thing she loves the most? Life, love and family are about to collide in The Cake Shop in the Garden. 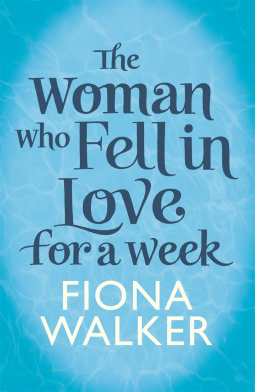 Jenny loves to house-sit, looking after a stranger’s enviably perfect home and pretending to be someone else – just for a bit. Her latest booking is a beautiful, disheveled old rectory in the Home Counties owned by the uber-successful Lewis family. Freed of teaching duties for the summer, and her own teenagers spending time with her objectionable ex, Jenny readies herself for a life of walk-in larders and sparkling water taps.

Battling to control the riotous family dog and stay cool in an unrelenting heat-wave, she discovers skeletons in the Lewis closet that further threaten to disrupt her idyll. But then a seductive new friendship offers her a surprise second chance: to open herself up to love again and to finally live life on her own terms. 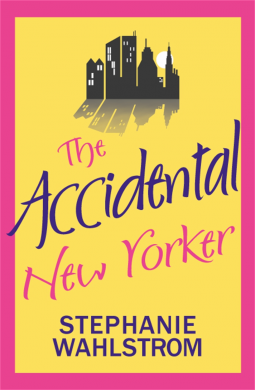 Paige Crawford, former accidental socialite, has managed to shed her Z-list celebrity status and pull her life into a semblance of normalcy. But more importantly, she’s close to proving to her family and herself that she can make it on her own . . .

That is, until she’s laid from her job and left with no choice but to leave London behind for good.

She hops on a plane headed home to Canada, only to decide to give herself one more chance to make it before hers becomes a life of “I told you so’s.” So instead of walking onto her connecting flight, she leaves JFK Airport and steps into the wilds of New York City, where she soon learns her misadventures have only just begun.

And while she juggles writing a popular blog, locating a missing male model, and a sexy new boss who reminds her a little too much of home, Paige is about to learn that “making it” has nothing to do with where you end up, but everything to do with how you get there. 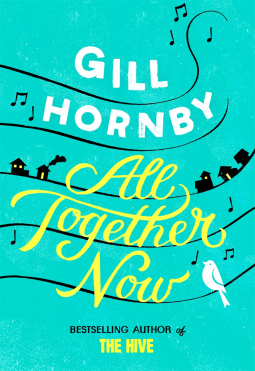 All Together Now by Gill Hornby

The small town of Bridgeford is in crisis. The high street is half empty, businesses are closing and the idea of civic pride seems old-fashioned to the commuters rushing home from work. Somehow, it seems to have lost its heart.

But there is one thing that might just bring the town together: music. The Bridgeford Community Choir has a chance of winning the county championship. First though, the small band of singers must find a lot of new members and a whole new sound.

Enter Tracey – one of life’s soloists, and hiding a secret past; Bennett – a church choir refugee, baffled by the modern world. And Jazzy – who sees her voice as her passport straight out of town to a future of fame and fortune. Can they really fit in with dependable old regulars like Annie? Can they learn to work together, save their singing group and maybe even their community?

All Together Now is a funny, sharply observed and moving novel about the joys of singing, about living in harmony, about falling in love… and about the importance of finding your own, true voice. 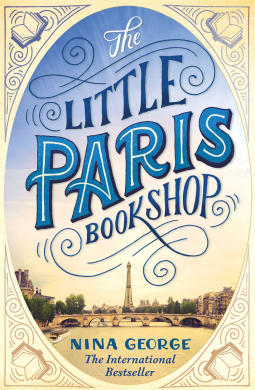 On a beautifully restored barge on the Seine, Jean Perdu runs a bookshop; or rather a ‘literary apothecary’, for this bookseller possesses a rare gift for sensing which books will soothe the troubled souls of his customers.

The only person he is unable to cure, it seems, is himself. He has nursed a broken heart ever since the night, twenty-one years ago, when the love of his life fled Paris, leaving behind a handwritten letter that he has never dared read. His memories and his love have been gathering dust – until now. The arrival of an enigmatic new neighbour in his eccentric apartment building on Rue Montagnard inspires Jean to unlock his heart, unmoor the floating bookshop and set off for Provence, in search of the past and his beloved.

The Quality of Silence by Rosamund Lupton

Set in the extreme landscape of Alaska, THE QUALITY OF SILENCEfollows the story of Yasmin and her deaf daughter Ruby. Yasmin arrives in Alaska to be told her husband, Matt, is dead, the victim of a catastrophic accident. Yasmin, unable to accept this as truth, sets out into the frozen winter landscape, taking Ruby with her in search of answers. But as a storm closes in, Yasmin realises that a very human danger may be keeping pace with them. And with no one else on the road to help, they must keep moving, alone and terrified, through an endless Alaskan night.

In a story that explores the very limits of human resilience, The Quality of Silence is as much about a mother learning to hear her deaf daughter as it is about their journey across the vastness of Alaska, and proves, once again, that Rosamund Lupton is a storyteller of class and elegance.

All I Know Now by Carrie Hope Fletcher

We all know that growing up is hard to do, and sometimes the only thing that makes it better are the reassuring words of someone who has walked that bumpy road just a few steps ahead of you and somehow ended up as a fully-functioning adult. Carrie Hope Fletcher is that person.* Thanks to her phenomenally popular YouTube videos, Carrie has become an ‘honorary big sister’ to hundreds of thousands of young people who turn to her for advice, friendship and, most of all, the knowledge that things will get better.

Carrie has created a safe and positive space for young people to connect and share their hopes and concerns online, and now she will share her most personal thoughts and experiences in her first book, ALL I KNOW NOW. Part memoir, part advice guide, it will include Carrie’s thoughts on some of the topics she’s asked about most regularly: bullying, body image, relationships and perhaps the scariest question of all: what does the future hold for me? With warmth, wit and a sprinkling of hard-won wisdom, Carrie will provide the essential tools for growing up gracefully . . . most of the time.

*Although she did recently post a video about how to pee in a onesie. So the definition of ‘adult’ is a bit flexible here . . .