If you asked me what was one of the best things about being a book blogger I would excitedly squeal ‘NetGalley!’ before heading over to the site itself sharpish to see if any new books had been added to their catalogue since I was last there. What can I say? I love NetGalley. (Sadly my feedback ratio shows this- I’m working on it! In fact I’m taking part in Sophie & Suze’s NetGalley Challenge to help improve my percentage…Join me here.)

I have been clicking Request like there’s no tomorrow recently, purely because there are some amazing sounding books that I really, really, really want to read. If you’re a blogger/reviewer/bookseller/librarian then take a look at some of my favourite titles that are up for request on NetGalley at the moment (and then log in and request them yourself, naturally!)

I’m still awaiting approval on a couple of these *nervous chuckle* and some are US preferred so I’m not holding out too much hope on being given the opportunity to review them. In which case I will most certainly be downloading them on release date, anywho! 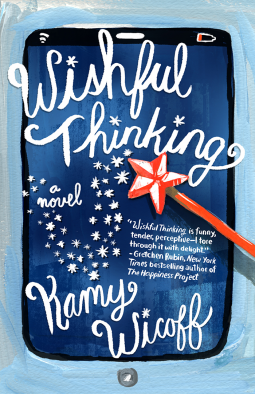 Jennifer Sharpe is a divorced mother of two with a problem just about any working parent can relate to: her boss expects her to work as though she doesn’t have children, and her children want her to care for them as though she doesn’t have a boss. But when, through a fateful coincidence, a brilliant physicist comes into possession of Jennifer’s phone and decides to play fairy godmother, installing a miraculous time-travel app called Wishful Thinking, Jennifer suddenly finds herself in possession of what seems like the answer to the impossible dream of having it all: an app that lets her be in more than one place at the same time. With the app, Jennifer goes quickly from zero to hero in every part of her life: she is super-worker, the last to leave her office every night; she is super-mom, the first to arrive at pickup every afternoon; and she even becomes super-girlfriend, dating a musician who thinks she has unlimited childcare and a flexible job. But Jennifer soon finds herself facing questions that adding more hours to her day can’t answer. Why does she feel busier and more harried than ever? Is she aging faster than everyone around her? How can she be a good worker, mother, and partner when she can’t be honest with anybody in her life? And most important, when choosing to be with your children, at work, or with your partner doesn’t involve sacrifice, do those choices lose their meaning? Wishful Thinking is a modern-day fairy tale in which one woman learns to overcome the challenges—and appreciate the joys—of living life in real time. 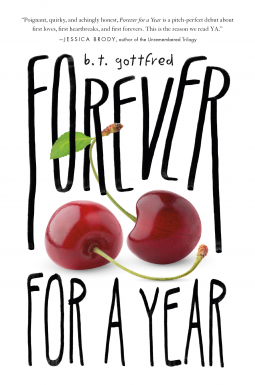 Forever For A Year by B.T. Gottfred

When Carolina and Trevor meet on their first day of school, something draws them to each other. They gradually share first kisses, first touches, first sexual experiences. When they’re together, nothing else matters. But one of them will make a choice, and the other a mistake, that will break what they thought was unbreakable. Both will wish that they could fall in love again for the first time . . . but first love, by definition, can’t happen twice.

Told in Carolina and Trevor’s alternating voices, this is an up-close-and-personal story of two teenagers falling in love for the first time, and discovering it might not last forever. 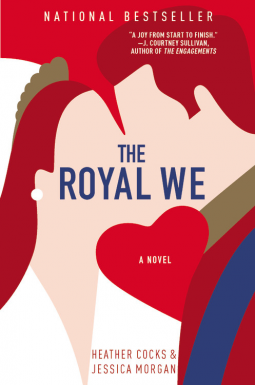 The Royal We by Heather Cocks and Jessica Morgan

“If I’m Cinderella today, I dread who they’ll think I am tomorrow. I guess it depends on what I do next.”

American Rebecca Porter was never one for fairy-tales. Her twin sister Lacey was always the romantic, the one who daydreamed of being a princess. But it’s adventure-seeking Bex who goes to Oxford and meets dreamy Nick across the hall – and thus Bex who accidentally finds herself in love with the eventual heir to the British throne. Nick is everything she could have imagined, but Prince Nicholas has unimaginable baggage: grasping friends, a thorny family, hysterical tabloids tracking his every move, and a public that expected its future king to marry a native. On the eve of the most talked-about wedding of the century, Bex reflects on what she’s sacrificed for love — and exactly whose heart she may yet have to break.” 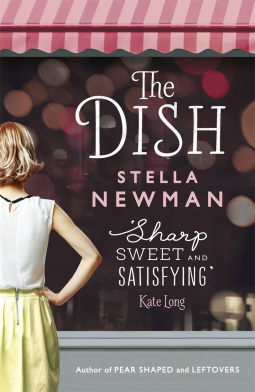 The Dish by Stella Newman

Love is on the menu. With a side order of lies.

When Laura Parker first crosses forks with Adam Bayley, she’s only after one thing: his custard doughnut. But when she takes a closer look she sees a talented, handsome man who outshines the string of jokers she’s been dating.

There’s just one problem. Adam’s job means Laura has to keep her job as restaurant critic forThe Dish, a secret. Tricky for someone who prides herself on honesty.

Can the truth be put on ice long enough for love to flourish?

And how can you expect your boyfriend to be honest if you’re not quite telling the truth yourself? 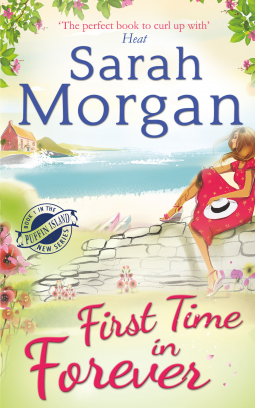 Emily’s been too swept up in a challenging year of firsts, from becoming a stand-in mum to her niece Lizzy to moving to remote but beautiful Puffin Island, to think about love.But that’s before charismatic local yacht club owner Ryan Cooper kisses her…Ryan knows Emily has a complicated past that she’s struggling to face. So he makes it his mission to help her unwind and enjoy the chemistry they share.Can the welcoming community of Puffin Island work their magic on Emily and get her to take her biggest leap of trust yet —putting her heart in someone else’s hands?Let bestselling author Sarah Morgan whisk you away with the all new Puffin Island series! 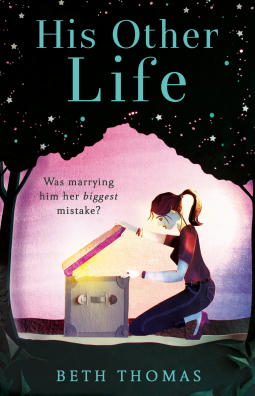 His Other Life by Beth Thomas

The story of a couple with seemingly perfect lives…and the secrets they hide behind closed doors.
He was hiding a terrible secret . . .
Grace’s new husband Adam seems like the perfect package. Good looking, great job, completely charming – almost too good to be true . . .
So when Adam suddenly disappears from Grace’s life, she is left bewildered and heartbroken. And with a lot of unanswered questions.
As she tries desperately to find him, Grace opens a Pandora’s Box of secrets and lies – and starts to learn that Adam wasn’t so perfect after all.
What shameful secrets was her husband hiding? Is Grace in danger? And can she survive the truth? However terrible it may be . 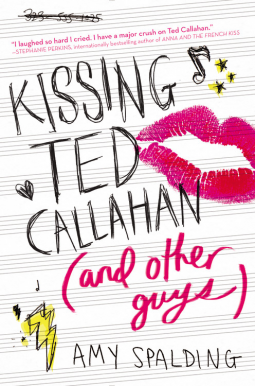 Kissing Ted Callahan (and other guys) by Amy Spalding.

Nick and Norah’s Infinite Playlist meets Easy A in this hilariously realistic story of sneaking out, making out, and playing in a band.

After catching their bandmates in a compromising position, sixteen-year-old Los Angelenos Riley and Reid become painfully aware of the romance missing from their own lives. And so a pact is formed: they’ll both try to make something happen with their respective crushes and document the experiences in a shared notebook.

While Reid struggles with the moral dilemma of adopting a dog to win over someone’s heart, Riley tries to make progress with Ted Callahan, who she’s been obsessed with forever-His floppy hair! His undeniable intelligence! But suddenly cute guys are popping up everywhere. How did she never notice them before?! With their love lives going from 0 to 60 in the blink of an eye, Riley and Reid realize the results of their pact may be more than they bargained for. 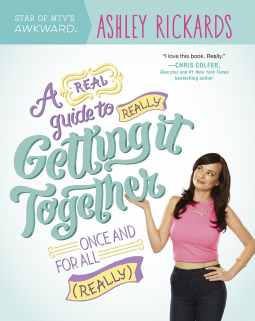 This is not your mom’s guide to life.

Sometimes being a girl sucks. A lot. Take it from Ashley Rickards, star of the internationally popular MTV show Awkward., who used to be a little awkward herself. She’s been picked on and bullied, binged and purged, financially cut off and lived to tell the tale. But it wasn’t easy. Throughout the whole process, she felt alone, scared, confused and sorta hungry. Sound familiar?

Well, RELAX. Ashley is here to share all kinds of stories, advice and corny jokes to help get you through it all, kind of like the cool big sister you never had (or wish your sister was). Plus, professional experts like spiritual coach Deepak Chopra, finance expert Zac Bissonnette and celebrity trainer Lalo Fuentes offer their tricks of the trade and behind-the-scenes secrets so you’ll be well-versed in Pretty Much Everything About Everything. 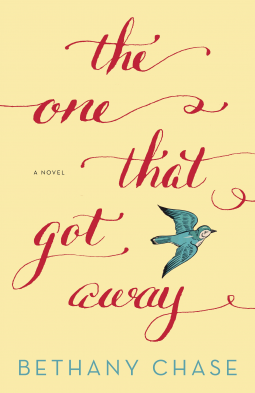 The One That Got Away by Bethany Chase

Sarina Mahler thinks she has her life all nailed down: a growing architecture practice in Austin, Texas, and an any-day-now proposal from her loving boyfriend, Noah. She’s well on her way to having the family she’s hoped for since her mother’s death ten years ago. But with Noah on a temporary assignment abroad and retired Olympic swimmer—and former flame—Eamon Roy back in town asking her to renovate his new fixer-upper, Sarina’s life takes an unexpected turn. Eamon proves to be Sarina’s dream client, someone who instinctively trusts every one of her choices—and Sarina is reminded of all the reasons she was first drawn to him back in the day. Suddenly her carefully planned future with Noah seems a little less than perfect. And when tragedy strikes, Sarina is left reeling. With her world completely upended, she is forced to question what she truly wants in life—and in love.

Full of both humor and heartbreak, The One That Got Away is the story of one woman’s discovery that, sometimes, life is what happens when you leave the blueprints behind.

See what I mean? There’s such an amazing collection on there at the moment. Hopefully you’ll be tempted to download a few yourself… Let me know what you’ve been requesting recently…