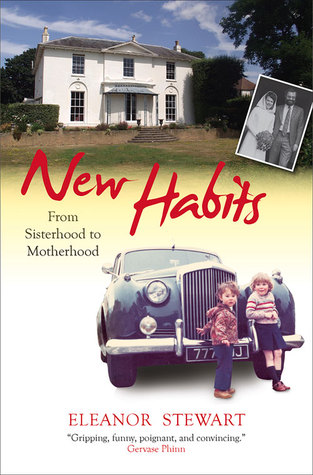 The sequel to the popular Kicking the Habit! When Eleanor Stewart abandoned her vows and her life as a nun, she found herself in the middle of the swinging Sixties – and soon joined in. Boyfriends, parties, and mini-skirts took the place of silence and restraint, as she pursued her career as a midwife and the men she met with equal commitment. Troubled by her relationship with her mother, and what she saw as a growing estrangement from her faith, she finally falls in love and settles down – only to discover her past catching up with her, as she faces infertility. But with her husband at her side, they battle to adopt two children. Will the dream of a happy family, that drove her out of the convent, finally come true?

I was intrigued when I read the synopsis for New Habits. A follow on to the hugely successful Kicking the Habit, this is Eleanor Stewart’s story of how she decided to leave behind her life as nun and ingratiate herself into ‘real’ life during the mid sixties.
At first it’s a bit of a culture shock for Eleanor; so much has changed since she first joined the convent at Mary-Mount, but she is set on achieving her dream of one day getting married and having a family, which is the main reason as to why she abandoned her life as a nun.
Eleanor gradually adjusts to her new life as she pursues her career as a midwife but it’s far from plain sailing as she struggles with her relationship with her mother, and it also seems that starting a family isn’t going to be as easy as she first thought…

As soon as I heard the comparisons for Eleanor’s first book, Kicking the Habit, to Call the Midwife by Jennifer Worth, I was sold as I absolutely adored that book and from the outline of New Habits, this book sounded to be very similar.
I found this to be a fascinating insight into Eleanor’s world and I desperately now want to read Kicking the Habit to discover why she became a nun in the first place and what convent life was really like all those years ago.
I really enjoyed reading about Eleanor’s experiences when she first left the convent and to seeing how she adapted to living in the outside world again. She was unfamiliar with alcohol, unaware of what clothes were in fashion and didn’t even have a bank account. It was definitely a steep learning curve for Eleanor but I loved seeing her gradually build a new life for herself before my very eyes.
One of my favourite parts of the story was when Eleanor was working as a midwife. I loved reading about the general happenings on a maternity unit during the late sixties/early seventies. This part was extremely like Call the Midwife – there was humour, friendship and heartbreak all at once. I’ll warn you now there’s some real tear-jerking moments within this part of the story.
I also really liked Eleanor’s friendship with Di and Dee. Those girls certainly had some good times together and it was huge fun reading about their adventures and their somewhat challenging living conditions. I loved it when Eleanor decided to finally reveal the secret about her past and that she’d formally been a nun to her friends – both of which had assumed that she’d actually been in prison during those years, explaining why she knew so little about life…
You can’t help but bond with Eleanor. She is a warm and humorous narrator who you will immediately like. After all of the struggles she faces throughout the story it’s heartbreaking that the biggest one turns out to be in her desire to have children.
I really liked her husband John too and the way in which they got together. I was desperately hoping they’d get their happy ever after but I found it fascinating, shocking and heartbreaking being witness to the battles that they had to fight to get a family of their own.
This is a unique and compelling story that you can’t help but become emotionally involved in. The world of living in a convent is one that few of us know much about, so it provides a read that is just that little bit different from the norm. Eleanor has led such an interesting and unusual life that you’ll be turning the pages without even realising in a bid to discover the outcome of the story.

All in all New Habits is a sweet, warm and poignant book that’s definitely worth a read.

A massive thank you to Rhoda from Lion Books for having me as part of the blog tour for New Habits. ♥ 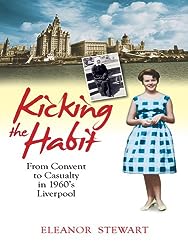 After eight years in a French order of nuns, Eleanor trained as a nurse and midwife in Liverpool, before leaving to marry. She studied French before lecturing in the subject at the University of Portsmouth.