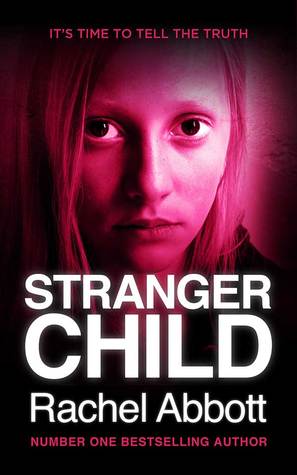 One Dark Secret. One act of revenge.

When Emma Joseph met her husband David, he was a man shattered by grief. His first wife had been killed outright when her car veered off the road. Just as tragically, their six-year-old daughter mysteriously vanished from the scene of the accident.

Now, six years later, Emma believes the painful years are behind them. She and David have built a new life together and have a beautiful baby son, Ollie.
Then a stranger walks into their lives, and their world tilts on its axis.
Emma’s life no longer feels secure. Does she know what really happened all those years ago? And why does she feel so frightened for herself and for her baby?

When a desperate Emma reaches out to her old friend DCI Tom Douglas for help, she puts all their lives in jeopardy. Before long, a web of deceit is revealed that shocks both Emma and Tom to the core.

They say you should never trust a stranger. Maybe they’re right.

Stranger Child kicks off with a completely baffling turn of events to get you hooked right from the off. When Caroline dies in car accident under mysterious circumstances, her six year old daughter Natasha, who was in the back seat at the time, mysteriously disappears.
Fast forward six years and Caroline’s husband and Natasha’s father, David, has started to move on with his life after having his family torn apart. He’s re-married and has a baby with his new wife, Emma.
However; their lives are turned upside down when a thirteen year old girl appears in their kitchen one day. Who is this girl? You guessed it – Natasha.
Only there’s something not quite right where Natasha is concerned. She wants nothing to do with the police and refuses to speak to anyone or reveal where she’s been for the last six years. She acts strange and Emma immediately starts to fear for her baby son, Ollie’s, safety.
However a shocking turn of events lead Emma to contact a friend from her past for help, DCI Tom Douglas who is currently trying to piece together the case of a young girls body turning up in a wood. At first it’s feared that the body was that of Natasha’s, but once she re-appears in everyone’s lives it’s clear that all is not as it seems. Can Tom get to the bottom of this case before all is revealed and people’s lives are put in jeopardy?

This is the first novel of Rachel Abbott’s that I’ve ever read and I honestly don’t know how she stayed off my radar for so long because Stranger Child was the PERFECT thriller. I couldn’t get enough of this shocking story, the more twists that were revealed, the more deceit that was uncovered, the more I got engrossed in the story and physically unable to stop reading. It really was that good.
The opening mystery of the book – the death of Caroline and the disappearance of Natasha reeled me in right from the start. All I wanted to know was what had happened to Natasha and who the person was who was calling Caroline just before she lost control of the car. I was willing to beg, bargain or bribe Rachel Abbott; please just TELL ME, TELL ME, TELL ME.
However, the storyline moved on so swiftly that it was one puzzle after another, then I desperately wanted to know what Natasha was up to, then I desperately wanted to know about Tom’s brother, Jack (this is an inter-linked story running alongside the Natasha case). There was just constantly so much going on in this story and I loved how all the different mysteries were played out alongside one another. I never felt overwhelmed or unable to keep up though. Rachel Abbott has a clear, concise style of writing which will mean you are easily able to follow every development. She also likes to pack a big dollop of suspense into her writing. This book definitely falls into the ‘Just one more page before I go to sleep’ category (y’know the one I mean…One page inevitably turns into fifty…)
There’s a range of well-formed and believable characters here who you’ll have no trouble envisaging. I couldn’t help but be freaked out by Natasha as soon as she turned up in Emma and David’s Kitchen. I was just waiting for her to do something horrific and was dying to find out what she was up to and of course I never would have guessed in a million years what was going on. The crimes are plausible yet will always catch you unawares.
I loved the way the story flowed and I really can’t fault anything about it – it completely consumed me for two days and I couldn’t stop talking about it (people are probably sick of me jabbering on about what happened in ‘the really good book that I’m reading at the moment’. I couldn’t help it though – it’s the kind of book that deserves to be discussed!)
This has definitely put Rachel Abbott on my radar and once again confirmed my new-found love of thrillers. I’m so excited that this is Rachel’s fourth book because that means there are THREE MORE FOR ME TO READ! Hurray!

A big thank you to Diana from Ruth Killick Publicity for inviting me to be a part of the blog tour for Stranger Child and for providing me a copy of the book to read and review. ♥

Rachel Abbott was born and raised in Manchester. She trained as a systems analyst before launching her own interactive media company in the early 1980s. After selling her company in 2000, she moved to the Le Marche region of Italy. When six-foot snowdrifts prevented her from leaving the house for a couple of weeks, she started writing and found she couldn’t stop. Since then her debut thriller Only the Innocent has become an international bestseller, reaching the number one position in the Amazon charts both in the UK and US. This was followed by the number one bestselling novels The Back Road and Sleep Tight. Rachel Abbott now lives in Alderney and writes full-time. Stranger Child is her fourth novel.