As I’m sure you’re all aware I spend a lot of my non-reading time on NetGalley and requesting books to review has fast become one of my hobbies ( *cough* Living the dream *cough*) Anyway, I thought I would share some of my favourites that are up for request at the moment (so you fellow book-lovers can go and request them yourselves and add to your already massive TBR’s…I do apologise.) Some of these I have already read, some are pending and some are now on my Kindle sat patiently waiting to be read… Plus, for those of you who aren’t NetGalley members I’ve included all the links to buy/pre-order these books. Enjoy!

Warning: NetGalley Addicts – read at your own risk.

The Lie by C.L. Taylor 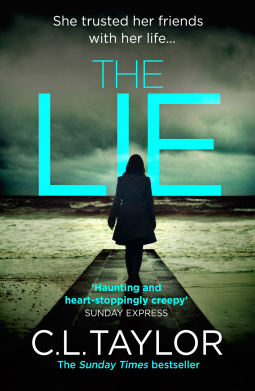 I know your name’s not really Jane Hughes . . .

Jane Hughes has a loving partner, a job in an animal sanctuary and a tiny cottage in rural Wales. She’s happier than she’s ever been but her life is a lie. Jane Hughes does not really exist.

Five years earlier Jane and her then best friends went on holiday but what should have been the trip of a lifetime rapidly descended into a nightmare that claimed the lives of two of the women.

Jane has tried to put the past behind her but someone knows the truth about what happened. Someone who won’t stop until they’ve destroyed Jane and everything she loves . . .

Oooh, I am dangerously excited about reading this, it sounds incredible and the reviews I’ve read already have been amazing. Click to Request. 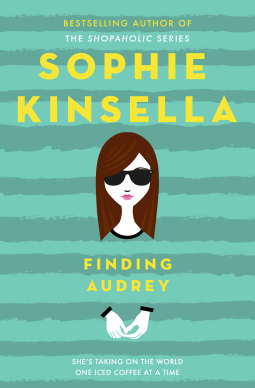 A laugh-out-loud romance from the bestselling author of the Shopaholic series.

Meet Audrey: an ordinary teenage girl with not so ordinary problems.

Aside from her completely crazy and chaotic family, she suffers from an anxiety disorder which makes talking to her brother’s hot new best friend a bit of a challenge.

But Audrey has a plan to help her face her fears and take on the world again. First stop: Starbucks.

This is Sophie Kinsella’s debut Young Adult novel. SOPHIE KINSELLA (aka my favourite-author-in-the-whole-world-ever) Need I say any more? Click to Request. 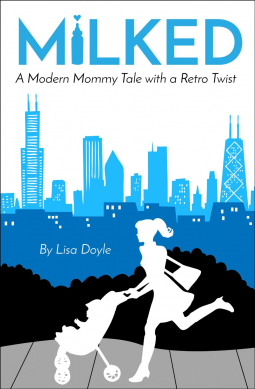 By and large, Amanda Keane makes pretty good decisions. Okay, she might not have the best taste in men, but she’s got great friends, a good job, and an independent spirit. That is, until her 30th birthday ushers in a whirlwind romance with a sexy Irish musician who leaves her, not at the altar as she imagined, but accidentally pregnant. And when he disappears, she’s downsized out of a job, her apartment is robbed, and lapsed health insurance coverage leaves her with a C-section to pay for, Amanda is launched headfirst into the life of a broke single mom. But her friend and uber successful ob-gyn, Joy, clues her in to an unlikely temp position with one of Chicago’s celebrity elite that just may be the answer to all her woes. Or could it be just the beginning?

It’s with serious trepidation that Amanda embarks on her surprisingly lucrative new career: underground wet nurse to the offspring of Chi-town’s rich and famous. Amanda must quickly understand how to live at the whims and mercy of the one percent as she deals with the irony of nursing – and loving – someone else’s child, while still making ends meet for her own daughter. And then there’s Cute Daycare Dad (aka Dan), who’s obviously interested in her. But can she afford to tell him what she really does for a living? Is her new job (something she thought went out with the 19th century) a shameful thing? Just another way of selling her body? Or does it have something to teach her after all?

A novel of motherhood, its many demands, and all the little triumphs along the way, MILKED is a warm and witty debut about making tough choices and traveling the roundabout road to happiness.

I read this novel last year and I loved every minute. If you like your chick-lit but are on the look out for something just that little bit different then you know where that Request button is. Click to Request. 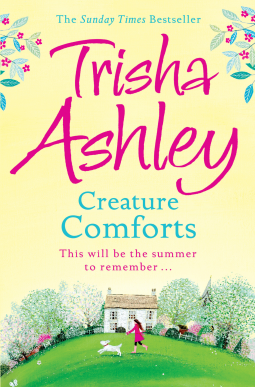 Izzy has broken off her engagement to her feckless fiancée Kieran and returned to her childhood home – the sleepy village of Halfhidden.

She soon realizes that life in the village is anything but peaceful – for one thing she’s living with her mad aunt Debo and her pack of dogs, and for another, Izzy has a lot of unanswered questions.

When she was a teenager, Izzy was involved in a terrible accident, involving various inhabitants of Halfhidden. As she sets out to discover what actually happened on the night of the accident, she realizes that her painful past is actually standing in the way of her future happiness. So when a handsome stranger comes to Halfhidden will she let love back into her life?

This is Trisha Ashley. Who doesn’t love Trisha Ashley!? I absolutely adore the lady – her books are romance at it’s best and I am doing a rather silly dance over the prospect of reading her latest. Click to Request.

The Happy Ever Afterlife of Rosie Potter (RIP) by Kate Winter 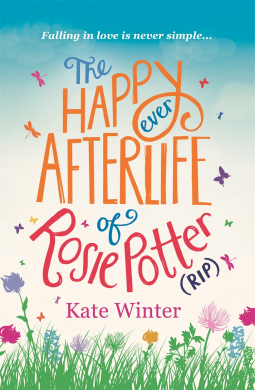 Falling in love is never simple. Especially when you’re dead.

When Rosie Potter wakes up one morning with what she assumes is the world’s worst hangover, the last thing she expects is to discover that she’s actually dead. With a frustrating case of amnesia, suspicious circumstances surrounding her untimely demise, and stuck wearing her ugliest flannel PJs, Rosie must figure out not only what happened last night, but why on earth she’s still here.

Slowly the mystery unravels, but there are many other secrets buried in the quiet Irish village of Ballycarragh, and nobody is as innocent as they first appear. Aided by the unlikeliest of allies in her investigation, Rosie discovers that life after death isn’t all it’s cracked up to be, particularly when you might just be falling in love . . .

Just read the synopsis for this book and tell me you don’t want to read it. Go on. I betcha it can’t be done. It sounds fabulous! (And don’t get me started on that cover…) Click to Request.

Don’t have NetGalley? Title released in paperback 21st May 2015, click to pre-order. 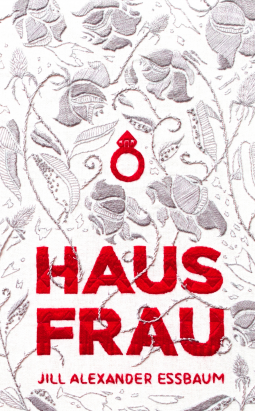 Anna Benz lives in comfort and affluence with her husband and three young children in Dietlikon, a picture-perfect suburb of Zurich. Anna, an American expat, has chosen this life far from home; but, despite its tranquility and order, inside she is falling apart. Feeling adrift and unable to connect with her husband or his family; with the fellow expatriates who try to befriend her; or even, increasingly, her own thoughts and emotions, Anna attempts to assert her agency in the only way that makes sense to her: by engaging in short-lived but intense sexual affairs. But adultery, too, has its own morality, and when Anna finds herself crossing a line, she will set off a terrible chain of events that will end in unspeakable tragedy. As her life crashes down around her, Anna must then discover where one must go when there is no going back . . .

There is a massive buzz around this book at the moment, so naturally my finger flew to the magical Request button when I spotted this on NetGalley. I am certain it will live up to all of the hype and I can’t wait to give it a go! Click to Request. 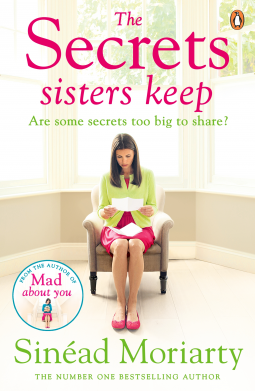 The Devlin sisters rely on each other – but some things are just too painful to share, even when your sisters are your best friends …Mum-of-four Julie thought that if her family had more money, life would be easier. But now that they’ve inherited a fortune, her problems are only starting.Lawyer Louise is used to having life go exactly as she wants it to. So accepting that she cannot control everything in her world is beyond her.And former model Sophie can just about cope with getting older – that’s until her ex-husband finds a younger model.All three women think that some battles are best fought alone. Maybe they need to think again …

Sinead Moriarty Fan Alert! I adored Mad About You and this book sounds just as brilliant. You could say I’m excited but that would be a fib. I AM MASSIVELY EXCITED. Click to Request.

The Olive Branch by Jo Thomas 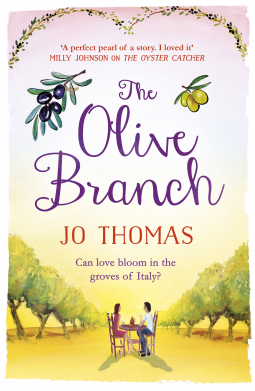 You can buy almost anything online these days.

But is a crumbling Italian farmhouse a step too far?

Ruthie Collins certainly thinks so when she arrives amid pouring rain to an olive farm she doesn’t know the first thing about running.

But for Ruthie, newly single, anywhere has got to be better than her mum’s settee. Hasn’t it?

Life can change with the click of a mouse. But the finer things – friendship, romance, and even the olive harvest – take time to grow. Can Ruthie put the past to rest and find her own piece of the Dolce Vita along the way?

I love pretty much everything about this book. The cover, the synopsis, the title – it screams READ ME (preferably on a sunny spring day in the garden…) Click to Request.

2 thoughts on “My NetGalley Picks”