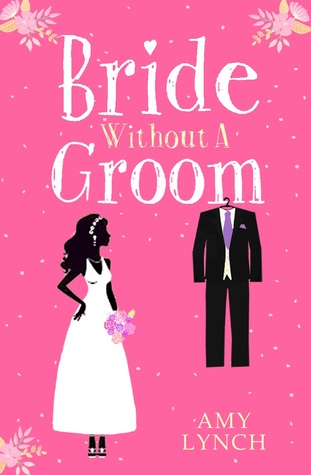 Single, coupled-up or married, this laugh-out-loud summer read is the perfect anecdote for the wedding season!

Rebecca has chosen the most luscious, five tiered, wedding cake. The engagement ring that she has selected is celebrity inspired. The wedding singer is on speed dial. He doesn’t usually do Michael Bolton, but as it’s for a first dance he’ll make an exception. Father Maguire is checking dates for the parish church as we speak. The deposit on the white sand honeymoon is paid for in full on Barry’s card. She has fallen for an ivory lace couture gown that is to die for. The down payment may require her to sell a left kidney, but it will be worth it. Isn’t that why you have two?

There’s one teeny tiny problem. It’s nothing, really. No need to panic! It’s just that Barry has yet to propose. Says he’s not ready! He can be a bit of a kill joy that way. It’s time to face the harsh reality – Rebecca is a bride without a groom!

When we first meet Rebecca Browne she is about to turn thirty. Rebecca’s not worried about hitting a landmark Birthday though, ohhh no. After all, her boyfriend of four years Barry is taking her for dinner at a swanky restaurant AND he’s about to pop the question! Rebecca is certain of it…So sure in fact that she’s paid for the deposit on the honeymoon (well, she’s put it on Barry’s credit card…), been for various fittings for her dress and even arranged for the vicar to come round to discuss potential dates. All that is to be done now is for Barry to do the honours and get down on one knee to present her with…A BRACELET. A BRACELET!?
Yes…A bracelet. You see, the thing is, Barry’s just not ready for marriage yet. Someday, maybe, but just not yet…
However, Rebecca isn’t the type of girl to let the minor details bring her down. An avid subscriber to Confetti magazine, Rebecca isn’t going to let a tiny thing like not being proposed to ruin her plans.
Only there comes a point when these plans start to cheese Barry off. Quite a bit. After the pair have an argument he sets off in a business trip to Bangkok looking forward to spending some time in a wedding-free zone. Whilst staying in a different time zone Barry becomes friendly with one of his colleagues, Shelley, who tries to convince him that Rebecca is a total drama queen who is only interested in wearing a white dress.
Meanwhile Rebecca is in a panic back home and consuming her own bodyweight in chocolate. Maybe she has gone a bit too far; after all she loves Barry. She just needs to convince him that she loves him MORE than the dreams she’s harboured all life about her big day…

Bride Without a Groom was one of those books that I knew I was going to simply love right from the off. It’s the kind of book that will make you laugh-until-you-snort and books like that are always winners for me!
With Rebecca, Amy Lynch has taken a ‘Bridezilla’ role to the extreme. Every girl fantasies about her big day, right? Just not perhaps to the extent that they’ve been for numerous dress fittings but haven’t actually been proposed to yet. I will admit that I initially thought Rebecca wasn’t going to be the most likeable of characters (she has tendencies to be an OTT, drama queen whose number one priority is herself…but no one’s perfect, right!?) Whilst they might not be the characteristics you’d look for in a friend they make absolutely cracking characteristics for the lead character of a novel. Rebecca was a DREAM to read about and I loved her craziness, I loved her impulsiveness, I loved her sheer outrageousness and I loved the bare-faced cheek of the woman. She was simply hilarious, but there were times when I wanted to give her a good shake and/or was cringing on her behalf. She wasn’t all bad though, I loved the side to her that volunteered at the animal shelter, she loves dogs and she’s quite simply a girl who knows what she wants and isn’t afraid to go out there and get it. Whilst she may have been extreme she was the kind of girl that everyone will be able to relate to in some shape or form, however minor and say what you like about her – she is certainly entertaining!
The rose-tinted daydreams that Rebecca often indulged in reminded me of another chick-lit heroine of mine and that is Sophie Kinsella’s Becky Bloomwood. (They both certainly like to shop…) Her thoughts on her neighbours, her brother, her work colleagues, just the world in general were pretty darn hilarious.
In fact a lot of Amy Lynch’s writing reminded me of Sophie Kinsella’s early Shopaholic books. This is possibly the highest form of praise I could ever give to a book being a die-hard Shopaholic fan.
I really enjoyed the way that we get alternating chapters between Rebecca and Barry, rather than just hearing from one character’s perspective. I felt that this helped me to warm to both of the characters and helps you to understand how Rebecca’s wedding-obsession is actually affecting them both. Plus, we get to find out exactly what Barry gets up to his trip to Bangkok, so unlike Rebecca we’re not sat at home wondering (and consuming vast amounts of crisps…)
As a chick lit fanatic, I found Amy Lynch’s writing to be such a brilliant fit for my favourite genre. It’s laugh-out-loud, realistic, clever and accomplished. Amy got so many things right about this story; the concept, the characters, the Irish settings, the classic Irish dialogue and references and it made for such a fun, exciting and sweet story which will leave you wanting more. I really, really hope that we do get another book about Rebecca because as much as I thought I’d never say this…I miss her already!

Fun, light-hearted and a must-read for any chick-lit fan, Amy Lynch has produced a really strong debut that is certain to leave you with a smile on your face (and possibly make you slurp your tea everywhere with laughter…)

I must also mention the fabulous marketing campaign that has surrounded Bride Without a Groom. I have been lucky enough to take part in the blog tour and I have received some very exciting pieces of post in association with this book (including a ‘Will he Marry Me?’ card and the first chapter on a USB!)

A huge thank you to Amy Lynch, Alice from LightBrigade PR and Publishers, Avon. ♥

2 thoughts on “Book Review: Bride Without a Groom by Amy Lynch”