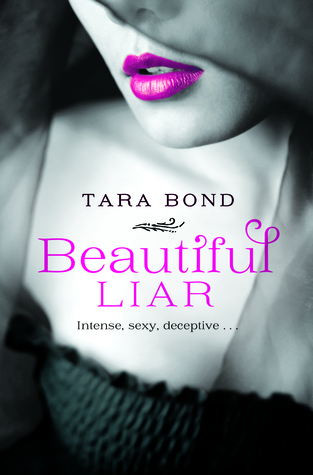 Reliable
Nina Baxter has her life all mapped out. She wants to work hard, take care of her younger sister and not end up like her drunk of a mother. Most of all, she plans to stay away from bad influences.

Reckless
Alexander Noble doesn’t give a damn about anything or anyone. The heir to an unimaginable fortune, he’s never had to do a day’s work in his life, and devotes himself to pleasure and partying.

When opposites attract…
From their very first meeting, Nina knows Alex is bad news, and vows to stay away from him. But as their paths continue to cross, she can’t help being drawn to him – especially when he makes no secret of his interest in her.

Can they resist the pull?
For the first time ever, Nina is on the brink of following her heart. But can she believe Alex when he tells her to trust him? Or is he just another beautiful liar?

Nineteen year old Nina Baxter has had to grow up fast. Dealing with the death of her father, an alcoholic mother and being relied upon to care for her fourteen year old sister have given Nina a responsibility that is surely too heavy for her young shoulders. She does the best that she can and never considers herself; until things go from bad to worse and she is forced to go to Duncan Noble in desperate need of a job. Duncan was close to her father up until his death and for some reason Nina’s mother wants nothing to do with him. However, desperate times call for desperate measures and wealthy businessman Duncan seems like the only person in the world who can help Nina.
Duncan comes up trumps and offers Nina a job working for one of his sons, Giles, who runs the famous nightclub Destination. However, when Nina is introduced to Duncan’s other son, Alex, who is a regular at Destination (not to mention a serial womanizer and party animal) it’s clear that there’s something between the pair. Despite being constantly warned to stay away from Alex, it just so happens that their paths keep crossing. On the outside Alex seems like he’s willing to do anything to help Nina dig herself out of the hole that she’s found herself in; but is that the real Alex? Or does he have an ulterior motive…?

I had been admiring Beautiful Liar from afar for quite a while – after all LOOK at that cover. I love the colour popping effect. Aesthetics aside it sounded like a racy, exciting and thrilling read. After all, who doesn’t love a story about a handsome bad boy? My suspicions that I would love this novel were completely correct as I fell into the unimaginably horrific life of poor Nina’s. To think that this girl is only nineteen is somewhat amazing. Most nineteen year olds are spending their weekends in nightclubs out of choice, not because they need to work there in order to pay for their mothers rehab, pay off her debts to scary hit-men and get their younger sister out of foster care. Nina is a truly amazing character who I have the utmost respect for. Not just because of the sacrifices she made, but because of how hard she is willing to work to get what she needs. Nina is one ballsy, brave girl (on the outside at least) and she doesn’t let anything phase her. I loved her attitude and her morals. She wasn’t willing to just take handouts, even when she desperately needed them. I absolutely loved this girl and whilst I desperately wanted her to stay away from Alex Noble, part of me wanted to trust him, just like Nina did. I wanted him to take Nina in his arms and to make everything ok, I just wanted things to work out. But as the story follows twist after twist I wasn’t sure that I was going to get the ending that I wanted…
Alex was a character who really got under my skin. Yes, he sounds gorgeous and he could be completely swoon-worthy towards Nina. But then some of the other things he did made me so cross. I was screaming at the pages during certain parts of the novel – HOW COULD YOU, ALEX!?!? However, after certain events took place I was placated and started to understand some of the reasoning behind Alexs’ behavior.

Tara’s writing is fantastic. I love an author who can get me so involved in their story that I am screaming at the pages (see above) I felt for these characters. I was terrified for Nina and the situation that she was in. You can’t help but put yourself in the characters shoes sometimes and when I did this with Nina I was utterly terrified.
Tara has invented a set of brilliant characters which are realistic and also hugely exciting to read about. I loved Nina’s friend Jas, could never quite make my mind up about Giles and my opinion of Alex was constantly changing.
I loved the mystery surrounding the storyline too. For example you know that for some reason Nina’s mum wants nothing to do with Duncan Noble – but why? I was desperate to find out what secret the Noble family seemed to be hiding and just why everyone wanted Nina to stay away from Alex (apart from the obvious…)
The twists, turns and surprises in this novel will keep you reading until you reach the very end, desperate to find out what is really going on and I love it when a novel consumes me so much that I just HAVE to find out what happens. Even if it means waking up at 6am on a Sunday to read it – I will….And Beautiful Liar was completely worth sacrificing my sleep for.

I am massively excited to have discovered Tara Bond. After reading a snippet from her next novel, Sweet Deception, I am desperate to read more. She is definitely an author to add to your TBR list, preferably somewhere near the top…

A huge thank you to The Hot Bed for sending me a copy of Beautiful Liar to read and review. ♥ 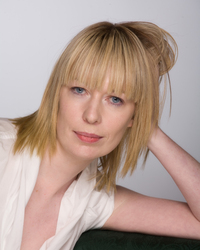 I grew up in Surrey, England, and read History at Cambridge University before embarking on a series of sensible office jobs. I live in London with my husband, and love reading and writing, as well as watching movies and TV box sets. My guilty pleasures are cocktails and chocolate desserts. I discovered the New Adult genre in the summer of 2012, and have been addicted ever since. My first novel, Beautiful Liar, will be published in eBook on May 2015 and in paperback on 30 July 2015.