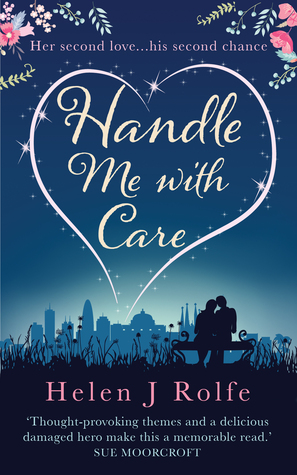 Evan Quinn is serially single, yet when he meets Maddie he feels an instant connection, so much so that he confesses on their first date that he may have testicular cancer. Was it a mistake to tell her? He wants Maddie more than he has ever wanted any other woman. But he doesn’t want her pity.

With the odds stacked against them both, finding love won’t be easy. But beneath the Australian sun, a Happy Ever After could be worth fighting for.

We are first introduced to Maddie Kershaw when she accidentally delivers a rather rude shaped cake to a one hundredth birthday party by mistake. However, it’s not a complete disaster (not least due to the fact that the birthday girl, Jem, is fascinated by the cake…) as she ends up meeting Evan. Evan is Jem’s grandson and it’s clear right from the off that there’s a connection between the two. Perfect, right?
Well, no, not exactly…
Maddie is still heartbroken after losing her boyfriend and one-true-love Riley to the 9/11 terror attacks. She is certain that love doesn’t strike twice and she will never find anyone who made her feel the way that Riley did. She has resigned herself to being forever on her own, with the occasional meaningless fling thrown in for good measure, as she tries her best to get on with her life working as a physiotherapist and cake-baker extraordinaire on the side.
Then there’s Evan. Whilst the hunky-sounding school teacher is single, he is hiding a crushing secret that looks set to tear his world apart as he discovers he may have testicular cancer.
When the pair go on their first date together things are going great. They have lots in common, make each other laugh and have an instant connection. However, when Evan ends up revealing his diagnosis a little sooner than he planned it looks as though the relationship is doomed before it’s even begun.
Maddie can’t bear to get involved with someone who she finally feels strongly about, only to have them taken away from her once again. As for Evan, he’s still struggling to come to terms with the cancer himself and whilst he’s sure he wants to be with Maddie, he certainly doesn’t want her agreeing to see him out of pity.
It looks as though there are just too many obstacles in the way of this relationship. But don’t they say that the best things in life are worth fighting for…?

After reading the synopsis for Handle Me With Care I was certain that this book was one I desperately wanted to read. It’s a million miles away from your usual romance, what with the heartbreaking difficulties that Maddie and Evan encounter once they’ve met and I can safely say that it’s a love story like no other I have read before.

I defy you to not read the opening line of this story and not be massively intrigued. Go on…Do it! I knew straight away that this story was going to be something special. Although, saying that I think that the opening scenes did kind of lull me into a false sense of security. I thought that this was perhaps going to be a laugh-a-minute, light-hearted, breezy romance. But then I remembered the subject matter and it wasn’t long before I was brought up short. This is one of the things about Handle Me With Care that I found to be extremely well done. The way that Helen J Rolfe blends the emotion, and grief of the story with a lighter side, being careful not to let the heartbreak overwhelm the reader. I imagine it must be a really difficult balance to achieve as an author but Helen strikes it just right. I also found the way that Helen tackles such a taboo subject as testicular cancer to be done sensitively and realistically. It’s apparent that she has put a huge amount of research into the subject and she writes with such care, giving us an insight into how the issue effects not only the person suffering, but those around them too.

I loved the characters in Handle Me With Care. Evan and Maddie are both extremely well developed and the kind of people who you cannot help but become emotionally involved with. You will genuinely care about them both and their would-be relationship. I desperately, desperately wanted them to be together and support each other. They are the kind of people who you just know would be perfect for one another, if only fate would give them the chance… Of course the story isn’t just about romance – I really liked Maddie’s passion for baking (I should warn you this book might leave you craving cake) and seeing Evan in his teaching job melted my heart just a teeny bit. (Swoon.)
Whilst we’re on the topic of fantastic characters I must mention Jem. She is one fabulous lady and I absolutely loved her. Adorable, charming, wise (and let’s face it – one heck of a woman to be living like she is at the age of one hundred!) she always made me smile.

I loved the setting and reading about Melbourne has made me wish I could hop on the next flight to Australia. It sounds so perfect. The beaches, the BBQ’s, the trams! I don’t think I’ve read much fiction set in Australia, so it made a change from the norm and added something just that little bit different to the story for me.

All in all this is a memorable, emotional and utterly heart-breaking read that is a million miles away from your average love story. I loved it. 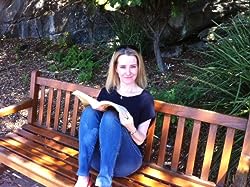 Born and raised in the UK, Helen spent fourteen years living in Australia before returning home. She now lives in Bath with her husband and children.

5 thoughts on “Book Review: Handle Me With Care by Helen J Rolfe”