When we came into the kitchen, Mum shouted up the stairs for my dad to come quickly. He came thundering down wearing just a towel round his waist, his face covered in shaving foam.

‘What is it? Is everything okay?’ he said breathlessly, spraying shaving foam everywhere. Mum looked horrified.

‘Martin! What on earth are you doing?’ she shrilled.

‘What do you mean, what am I doing? You started shrieking up the stairs? Has someone had an accident?’ He suddenly noticed me, Gran and Ryan and visibly relaxed.

‘No one’s had an accident Martin! I called you, because Natalie is here, and she’s brought a gentleman friend… I thought you would at least be ready!’

She made it sound like I had never brought a man home before.

‘Ah, yes, hello Benjamin,’ said Dad offering his hand to Ryan and grinning through his beard of foam. There was an awkward pause.

‘No, this is Ryan, he’s from America,’ corrected Mum, as if Dad were a moron.

‘Hello Nat, so what happened to?’

‘She caught him having the sex vith another vooman,’ said Gran, sitting at the kitchen table and lighting a cigarette.

‘Martin, go and put some clothes on!’ hissed Mum, giving him ‘the look’. He went back upstairs, his bum crack showing over the top of the towel round his waist.

When Dad came back down a little while later, he was dressed smartly in his best suit. Mum had brought out the fancy china, and was fussing over Ryan, asking him several times if he was in a draught. Dad said a proper hello to me and Gran and apologised again to Ryan.

‘It’s no problem sir,’ said Ryan. Then when Mum handed him a cup of tea he said, ‘Thank you ma’am.’

‘Ooh isn’t he polite?’ squealed Mum. ‘I wish we encouraged children in Britain to say ‘sir’ and ‘ma’am’. Whenever I phone the bank they want to call me ‘Annie’ which is far too over familiar if you ask me…’

For once I had to agree with her, although the way Ryan said ma’am in his deep American accent was making me go a little weak at the knees.

‘Who fancies a drink before we head off to the church, Ryan?’ asked Dad. ‘I’ve got some malt whisky. You’re not driving?’

‘Ooh! We’re in the RAC,’ cooed Mum. ‘They rung up and offered us a cheaper deal…’

There was a stunned silence. I looked at him in shock.

‘I had no idea,’ I said. ‘You should have said, especially as this is a social occasion…’

‘Goodness. I never would have guessed. You’re too handsome to be an alcoholic,’ said Mum.

‘Well, we don’t know many alcoholics,’ said Mum. ‘There’s only Ned and Jed who live in the village, and they look a fright.’

‘No, it’s cool, really,’ said Ryan. ‘Anouska, you go ahead. I’m committed to the programme. Life is good. I’m here in the beautiful English countryside…’

Dad went and poured a whisky for Gran. He came back and placed it in front of her on the kitchen table. There was a silence as she took a sip.

‘This is why I don’t tell people,’ said Ryan. ‘It really isn’t a problem. We’re gonna have a great celebration for Dexter’s christening.’

‘Ok, well, that’s great,’ I said. There was another silence.

‘May I use your bathroom?’ asked Ryan.

‘Of course you can dear, Martin would you show Ryan up,’ trilled Mum. When Dad had gone upstairs with Ryan, Mum launched herself on me with a barrage of questions. Where does Ryan live? Where did he go to school? How long have I known him?

‘He’s just my guest Mum. He’s not my boyfriend. He’s starring in Macbeth at the theatre,’ I explained.

‘He’s a very famous actor Annie,’ said Gran. ‘The star of a big television show in America. You must hev seen him in the papers?’ Mum reached for the local paper on top of the fridge.

‘My God Annie, I mean the national papers!’

‘Of course not, and now you are so ignorant your brain has shrivelled to the size of a satsuma…’

‘Did he find it okay Martin?’ asked Mum.

‘Yes, I showed him to the bathroom, it’s up to him what he does in there,’ grinned Dad.

‘Do you think he’ll mind we don’t have a bidet? All rich Americans have them. I knew we should have got a bidet when we had the new loo put in,’ said Mum.

‘I think when Ryan comes back we should get going for the church,’ said Dad.

‘Annie, do you hev something I can borrow?’ asked Gran who was watching her cardigan now going round in the washing machine.

Ryan came back down as Mum, Dad and Gran fussed about getting ready. He leant down and scratched Nigel behind the ears.

‘Are we cool Natalie?’ he asked.

‘I never lie about my alcoholism, if people ask I’m honest. But I’m not going to walk into a room and announce I’m a recovering alcoholic, am I?’

‘No, of course not,’ I said. He grinned. I realised there was far more to Ryan than meets the eye.

Click here to continue reading and to get hold of your copy of Miss Wrong and Mr Right. Be quick as the Kindle edition is currently on promotion for 99p! That’s like 0.00112p per laugh!

There are two SIGNED copies of Miss Wrong and Mr Right up for grabs. Click HERE to be taken to the Rafflecopter giveaway. 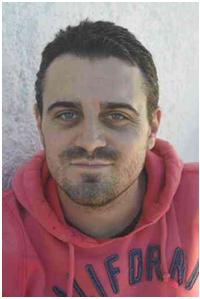 Robert Bryndza was born in the UK and lived in America and Canada before settling in Slovakia with his Slovak husband Ján. His debut novel The Not So Secret Emails of Coco Pinchard became an Amazon bestseller and two best selling sequels have followed, Coco Pinchard’s Big Fat Tipsy Wedding and Coco Pinchard, The Consequences of Love and Sex.

When he’s not writing Rob is learning Slovak, trying to train two crazy dogs, or watching Grand Designs – all in the hope that he’ll be able to understand his mother-in-law, build his dream house, and get the dogs to listen. He’s just published a brand new romantic comedy called Miss Wrong and Mr Right. You can find out more about Robert at http://www.robertbryndza.com

(Simply cut-and-paste that address into your browser. Your email will never be shared and you will only be contacted when a new book is out.) 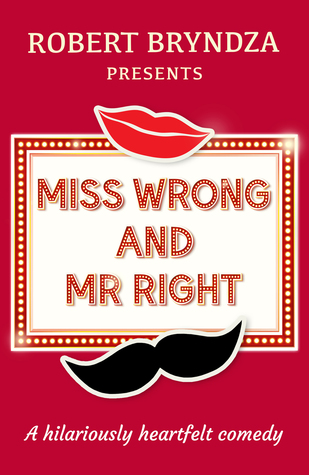 Natalie Love has worked hard to have it all: she runs a successful theatre in Soho that’s about to host one of Hollywood’s leading stars. Her biggest supporter is her eccentric Hungarian Gran, and she even has the ‘perfect’ yoga teacher boyfriend – Namaste!

Life in the bright lights of London has always been Natalie’s escape from her chaotic country family in rural Devon and Jamie, the childhood sweetheart she left at the altar 15 years ago. And then he turns up at her theatre door…

With rivalry clouding old feelings, events in Soho bring Jamie and Natalie together in hilarious ways. Gran is loose in the city once more, it seems to be raining sandwiches and records are broken for Burlesque flash mobs. If she can keep her world together, will Natalie discover who is really Mr Right, and that perhaps she isn’t Miss Wrong?

A delightful new romantic comedy, from the author of the best-selling Coco Pinchard series.