I am delighted to have been given the opportunity to quiz the fantastic Nigel May for Bookaholic Confessions. Nigel’s latest book, Scandalous Lies, was released on the 23rd July and it sounds incredible. (Click here to get your copy – and check out some of the fabulous 5* reviews whilst you’re at it!) Nigel has been described as “The UK’s male Jackie Collins” and here he spills the beans on creating characters, finding inspiration for his writing and travelling to exotic locations… 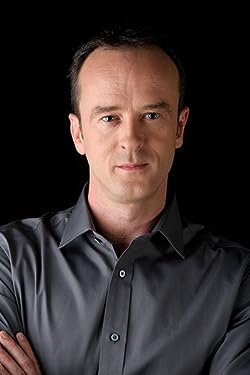 Hi Nigel, welcome to Bookaholic Confessions! I’m thrilled to have you on the site, thank you so much for participating in this interview. Would you like to start by introducing yourself…?

Hi there, I’m thrilled to be here. Thanks for having me. Okay, introductions…well, my name is Nigel May, I have written three books so far called Trinity, Addicted and my brand sparkling new one, Scandalous Lies. They are all glam fiction books featuring strong ladies getting involved in all sorts of intrigue. I have been called “the male Jackie Collins” which is a huge compliment as I adore her books. When I am not writing, I work as a TV host.

Can you tell us a bit about your new novel, Scandalous Lies (released 23rd July by Bookouture)?

It’s another blockbuster of a story which starts with the mysterious disappearance of famous British dance star Mitzi Bidgood and her reality star boyfriend, Foster Hampton. Something has happened to them during a road trip across America, but after the police investigations seem to dry up, Mitzi’s best friend, UK weathergirl Georgia Bellamy takes it upon herself to try and find out what has happened to Mitzi and Foster. It is a journey that will take her and the cast of characters involved to many far-flung exotic places. Secrets are revealed, sin is uncovered and scandal abounds at every corner!

Scandalous Lies sounds utterly fabulous! What inspired you to come up with the storyline?

Thank you, I am glad you like the sound of it. I always carry a notepad around with me and if I see something that starts my brain ticking over with a storyline then I will write it down and then come back to it at a later date. When I have a list of things that I think would make a good blockbuster then I tend to try and weave them together. I also take a lot of inspiration in places that I visit. I adore travelling and most cities or countries that I have visited will pop up in a book somewhere. It’s so much easier to write about somewhere if you’ve been there and experienced it first hand.

Where do you find inspiration for your writing from? How do you come up with such fantastic, interesting characters?

Creating characters is one of my favourite things to do. I love names and christening people. I don’t have any children (apart from two cats, Jasper and Oscar) so ‘giving birth’ to characters and coming up with their names is fabulously exciting. Scandalous Lies has some wonderful ladies in it – there’s Victoria Palmer-Roberts, the American ex-Prom Queen who finds herself in a seemingly loveless marriage, sexy Tatiana the Russian Oligarch’s daughter who is man-hungry and Nova Chevalier, the outlandish Kardashian-huge reality TV star. Plus there are lots of men to keep them all company of course. 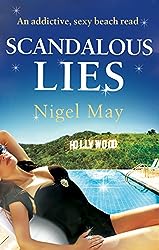 How long did Scandalous Lies take you to write?

The first draft took about four to five months. I was writing it on my days off from being a telly host. Then, because this is my first complete book with my wonderful publishers Bookouture, they were very good at suggesting little changes here and there. I was still making the odd tweak about four weeks before publication day but that means the book can be as current as possible.

We get to visit lots of exotic locations in Scandalous Lies. What made you decide to use these settings?

Travelling there myself and loving them. Scandalous Lies features California and LA which is always the home of glamour and is a place that I have visited many times. Two of the characters head to Milan in Italy which is one of favourite cities and is incredibly fashionable. A few of them head to India and take in the delights of the Taj Mahal which is a place I visited last year. As soon as I went there I knew it would feature in my next book as it’s an amazing destination. The characters also head to Gran Canaria and Mexico, which are both places I have visited on holiday.

What advice would you give to any aspiring authors out there?

I self-published my first two books and it was because of their success that Bookouture signed me so I would say that if you want to write then never be afraid to do so even if you think it’s going nowhere. Writing is such a personal thing so write about something you know and a subject matter you are comfortable with. I have had a few agents along the way but I currently don’t have one because things don’t always work out. That’s life. Never become despondent about rejections from people around you. I had countless ones from people saying that they weren’t interested in my books. Never give up and always believe in your writing.

Do you have any cures for the dreaded writers block?

If your brain isn’t in the mood for writing or isn’t sure where the plotline is taking the novel next, then never force yourself to try and write. I write during the daytime so quite often if I do suffer a blockage of the old grey cells I simply go off and watch some telly. Normally something full of drama, murder, mystery and mayhem and then that seems to bring the brain back into focus a bit.

Who are your favourite authors and which genres do you like reading?

I love a story with bite and a huge dose of glamour and intrigue. I read to escape so I love reading books that whisk me off to somewhere fabulous. My favourite authors would be Victoria Fox, Tasmina Perry, Paul Burston, Belinda Jones. And Jackie Collins of course. I love a good mystery too so I am a complete sucker for an Agatha Christie. That woman was so clever. Just incredible.

Well I’m mulling over ideas for a future book, thinking of locations and plotlines. I’m just back from Barbados which gave me a huge amount of inspiration. I do have another novel ready to go as well which is a glamorous murder mystery set in Manchester in the 1980s. It features strong females again but not so much globetrotting. It’s still full of fashion, beauty, glamour, death and mystery though. I am also writing a slapstick murder mystery based around a huge song contest a bit like Eurovision, which is another one of my passions.

A huge thank you to Nigel and Kim at Bookouture. ♥

Click here to get your copy of Scandalous Lies.