Why writing a sequel is like having a second-born
By S.D. Wasley 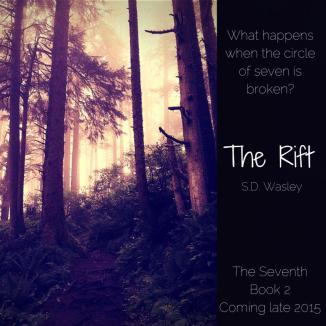 Thanks to the lovely Holly for inviting me to write a guest blogpost!

Well, I’m just about to submit the sequel to my first novel, The Seventh, to my publisher. It’s called The Rift. I’ve got to say, what a process! Writing a sequel is much harder than writing the first book.

For those of you who may not have encountered The Seventh, it’s a young adult paranormal mystery with a bit of romance tossed in. Basically, the story is about 16 year old Mimi, who has been stuck with the company of ghosts since she was 13 – she started with one and now has three that hang around her constantly. She’s convinced she’s crazy and has been seeing a psychiatrist and taking medication for years. Her parents decide to move Mimi to a school they think might provide better pastoral care and better manage what they think of as Mimi’s ‘mental illness,’ as well as her problems with school bullying.

It turns out to be the best move they could have made. Mimi immediately gets placed in the ‘gifted’ program at her new school and she discovers she’s not the only 16 year old with special abilities. She’s the seventh, completing the circle of psychically talented kids. Mimi is deeply attracted to one of the boys in the gifted program – Drew – whose behaviour is pretty bewildering to her. He seems to run hot and cold until Mimi finds out why he’s got a problem with her coming into his life.

As the story progresses, the gifted kids discover that, now all seven of them are united, their gifts can work together to help them solve problems and assist people in danger. This is a good thing, too, because they have some big problems and serious danger to face before the story ends – especially Mimi.

I’ve recently written book 2, as this will be a trilogy (3 part series). Have you ever heard of middle child syndrome? I know it well (I’m a middle child). Well, this latest manuscript has got it. You’d think the middle one was the easy one, right? Not too much pressure – it’s not the first one, which has to hit the reader with a bang – nor the last one, which has to leave the reader totally satisfied. But actually, the middle book is the awkward one, and I’ll tell you why.

When you start writing Book 1 of a brand new series, you have all the freedom in the world. You can create places, people, names, scenarios, and anything else you like with total impunity because you don’t need it to conform to any set of rules. But when you write the second book, there’s a whole bunch of things you need to make consistent with Book 1!

Hair and eye colours. Daily routines, right down to class timetables. Nicknames and pets, the location of the bedroom in the house, the spelling of that place they went camping in Book 1. All those little details! You need to be incredibly organized and know your first book inside out (it’s surprising how fast you can forget your own story if you don’t read it for a few months).

But won’t Book 3 be even worse? I hear you ask. The answer is yes, in a way. You’ve got twice as many pet names, hair colours and bedroom locations to match up. But also no. Because when you write the middle (child) book, you also have to leave things open enough to have somewhere to take the story in Book 3! You need to plan things in advance, and put Easter Eggs in there that will make the dedicated reader say ‘OMG now I know why that thing happened in Book 2!’

As a result, I had to plan Book 2 like some kind of military operation. Although it’s not how I normally write, I had whole external documents devoted to chapter planning and tying up loose ends from Book 1, and other documents for notes reminding me about what to tie up in Book 3. I even had to create a rough outline of Mimi’s class schedule! Don’t believe me? Check this out.

Mimi’s class timetable, including the kids who share her classes!

BUT the good news is, after sweating over it for some time, The Rift is nearly ready to go. I’ve had trusted people read it and pick it to pieces, I’ve revised and edited and put it all back together again, in preparation for my editor to do the same.

Anyway, I’m really hoping I’m right about the middle (child) book being the worst, because the last thing I need is some bratty third (child) book issues to deal with!

Thanks for hosting me, Holly! Happy reading, bookaholics!

S.D. Wasley was born and raised in Perth, Western Australia.

She has been composing literary works since before she could write – at five years of age she announced her first poem in the kitchen, improv-style. Today, she lives in a wine region with her two daughters, surrounded by dogs, cats and chickens.

The Seventh was S.D. Wasley’s debut novel, published in January 2015. 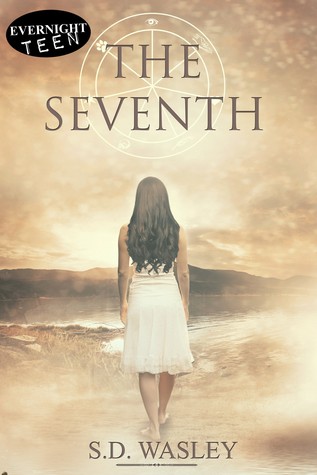 Click here to get hold of your copy of The Seventh.