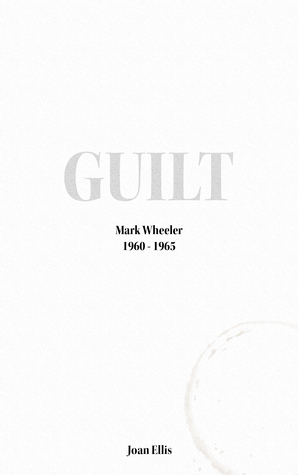 You died in April 1965, a month before your fifth birthday. You were probably dead long before Mum downed her third gin with Porky Rawlings.
Seven year old Susan is alone with her younger brother when he dies of an overdose.
The Guilt informs the rest of her life.
When it threatens to destroy not only her but her relationship with her new baby,she must revisit the past to find the truth.
What she discovers is as horrifying as it is magical.

Susan is still struggling to come to terms with the death of her five year old brother, Mark. Mark died of an overdose whilst he was in Susan’s care. I’m sure you’d agree that this is absolutely awful, but before you cast assumptions you must bear in mind one thing. Susan was seven years old at the time.
Mistreated by her parents and abused by those closest to her, Susan leads an empty and quite frankly terrifying life, until she is old enough to move out of her parents house and get a job of her own.
However, it seems that Susan will never be able to move on with her life as she always blames herself for the death of her brother. When she eventually has a baby of her own Susan is terrified of what will happen to her child if he is left in her care and fears history may repeat itself.
At her wits end, Susan does the only thing left to do – she searches for the answers as to what really happened on the day of Mark’s death…

After reading (and loving!) Joan Ellis’ smart and snigger-inducing novel, I Am Ella. Buy Me last year, I was really keen to read more of her work. However, as you quickly come to understand – Guilt is at the complete opposite end of the spectrum.  It’s dark, haunting and an extremely powerful read, proving that Joan’s writing talents don’t end with light-hearted female fiction.
The story of Susan’s struggle to come to terms with what happened to her brother (and to discover exactly why) will break you heart. Her parents are two of the vilest human beings you are ever likely to read about. They never failed to shock me and I just couldn’t understand why they seemed to hate Susan as much as they did. How can anyone behave that way towards their own child?
I loved the fact that this novel brought up so many questions. It will have you questioning your own morals and beliefs as well as those of the characters in the story.
I never guessed what was going to happen at the end of the story and the truth packs quite a punch. I’m still sat here thinking about what happened and who should really be held accountable. The one thing I am certain of is that that person should not have been Susan.
I wanted to wrap up this frightened little girl in my arms and take care of her. I was so pleased when she finally seemed to have found an ally in Mrs  Reynolds …But what goes on with this character turns out to be pretty unexpected, although I really liked how she was linked into the story – especially at the end.
The style in which Joan Ellis has written Guilt is hugely effective. It’s written as if Susan is addressing her younger brother after his death – explaining to him what she thinks happened and why she has ended up living her life the way that she has. The way that Joan has portrayed the story from a child’s perspective has been brilliantly done and is fully believable. The way in which Susan addresses the reader is also done effectively, as she is unsure as to whether Mark remains the same age he did when he died or if he has grown up.

Guilt is a story that will shock, horrify, cause you to shed many a tear, and also completely engulf you. There’s no way you’ll be putting it down until you know exactly what happened to Mark all those years ago…

A huge thank you to Joan Ellis for sending me a copy of Guilt to read and review. ♥

Advertising copywriter, comedy writer, performer, lecturer – Joan Ellis has been them all. With a full-time job in a top London advertising agency and a new baby, she did what any right-minded woman would’ve done and set up a comedy club. She even appeared on the same bill as Jo Brand. Once.
A career highlight was casting a black and white moggie as Humphrey Bogart for her award-winning cat food commercial. Other great performers who brought her words to life include Penelope Keith and Harry Enfield.
As a lecturer, Joan taught comedian Noel Fielding all he knows about advertising before encouraging him to showcase his creative talents on a wider stage.
Working for The Press Association, she tutored Wordsworth’s
great-grandson in the art of copywriting: Buy a host of golden daffodils and get a blue one, free!
Suffering from swine flu and sweating like a pig, she moved from London to the Isle of Wight where she lives on cream teas with her beloved husband, daughter and two cats.

One thought on “Book Review: Guilt by Joan Ellis”