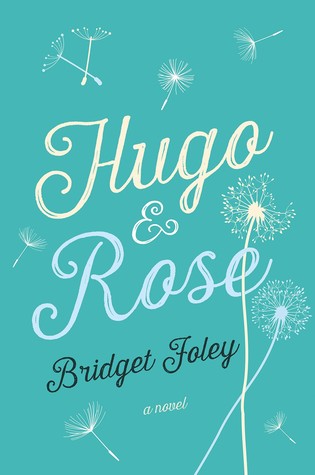 Rose is disappointed with her life, though she has no reason to be – she has a beautiful family and a perfectly nice house in the suburbs. But to Rose, this ordinary life feels overshadowed by her other life – the one she leads every night in her dreams.

After a childhood accident, Rose’s dreams take her to a wondrous island fraught with adventure. On this island, she has never been alone: she shares it with Hugo, a brave boy who’s grown up with her into a hero of a man.

But when Rose stumbles across Hugo in real life, both her real and dream worlds are changed forever. Here is the man who has shared all of her incredible adventures in impossible places, who grew up with her, even if they aren’t what either one imagined. Their chance encounter begins a cascade of questions, lies, and a dangerous obsession that threatens to topple everything she knows. Is she willing to let go of everything she holds dear to understand their extraordinary connection? And will it lead her to discover who she truly wants to be?

Being a mother to three young children and wife to a husband who works every hour God sends is getting Rose down. She loves her family and she’s quite happily married – but she can’t figure out why she’s not feeling as happy with her lot in life as she should.
However normal Rose may appear to other people there is one remarkable thing about her and that is her dreams. Ever since being injured by falling off her bike a child, Rose has always had the same dreams. She finds herself on an extraordinary island, the sand is pink and the water deep and she is never alone on this magical island. She is always accompanied by a young boy called Hugo. The two of them have adventure after adventure, night after night, in an attempt to get to ‘Castle City’ – a place just off the island that they can see but never manage to arrive at.
Rose’s children adore hearing about her nightly adventures with Hugo – even trying to re-create the island with lego and pictures. It’s just something that has always been a part of Rose’s life…
Until one day something remarkable happens. Rose stumbles across Hugo in real life. Can it really be him? Does he share the same dreams? And can the man IN Rose’s dreams turn out to be the man OF her dreams?

I was drawn to this story right from the off. It sounded like a really unique concept and a story that was just that little bit different from the normal sort of fiction that I read.
In that respect it most certainly didn’t disappoint. It was a book like no other I have read before and a brilliant idea for a story. There was a strong plotline and I liked the fact that it was just that little bit magical. You know that Rose experiences these dreams and when she meets Hugo in real-life you know that the world they both share in their dreams is real, because you’ve experienced the story with them. However, to an outsider the set-up would sound crazy, ultimately causing you to feel Rose’s frustration when she encounters her Hugo and realises exactly who he is.
I will admit that it took me a while to get into this book, I’m not entirely sure why. Maybe it’s because cynical-old-me had trouble getting to grips with certain aspects of the story. However, once Rose discovered Hugo I became a lot more interested and wanted to see what was going to happen.
By the end of the story I was at that stage where I was experiencing difficulty putting the book down. It became really exciting, surprising and quite scary. Rose gets into the position where she is afraid to go to sleep because of what starts to happen in her dreams and when it gets to the point where she can no longer differentiate between what’s real and what isn’t – well, it kind of spooked me out a little. (As did those spiders on the island, eeek!)

The ending of the book was probably one of my favourite parts as it was just so action-packed and exciting. Everything reaches a head and you yourself start to wonder what is real and who Hugo really is. I often wondered why he was on the island with Rose in her dreams and at the end you get to find out. This part of the story was heartbreaking, so be prepared to shed a tear or two…

This is a cracking debut novel from Bridget Foley; her vivid descriptions and storytelling really highlight the difference between this magical dream world of Hugo’s Island compared to the everyday drudgery that Rose is struggling with in real life. She makes the whole story believable, which I imagine is not an easy thing to achieve.

All in all I really enjoyed this book. Great concept, fantastic writing (I promise you will have no trouble envisaging Hugo’s island and the rather scary creatures that inhabit it) and plenty of twists. I’m really glad I stuck with this book because once I became properly submerged in the story I found it un-put-down-able… 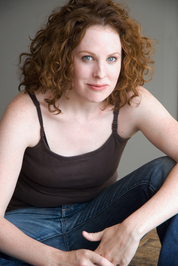 Bridget Foley grew up as a middle child in the suburbs of Denver, Colorado before attending New York University’s Tisch School of the Arts on an acting scholarship. Following that she was less an actor than she was an auditioner and an obtainer of expensive degrees. After attending UCLA’s School of Theater, Film & Television she made a habit (rather than a living) of writing screenplays. She once danced the rumba with Tony Curtis. Now she is mostly a wife and mother just outside of Seattle. She should probably be folding laundry. Hugo & Rose is her first novel.