I want life.
I want to read it and write it and feel it and live it.
I want, for as much of the time as possible in this blink-of-an-eye existence we have, to feel all that can be felt.
I hate depression. I am scared of it. Terrified, in fact. But at the same time, it has made me who I am. And if – for me – it is the price of feeling life, it’s a price always worth paying
Reasons to Stay Alive is about making the most of your time on earth. In the western world the suicide rate is highest amongst men under the age of 35. Matt Haig could have added to that statistic when, aged 24, he found himself staring at a cliff-edge about to jump off. This is the story of why he didn’t, how he recovered and learned to live with anxiety and depression. It’s also an upbeat, joyous and very funny exploration of how live better, love better, read better and feel more.

I can’t think of any other way to start this review off than by making the very bold claim that everyone should read this book. If you’re not one of the 350 million people who suffer from depression globally than I can guarantee that you will know someone who does suffer from this illness. Or maybe you don’t, or at least, maybe you think you don’t. But what if the person you chat to every day on the train suffers from depression. What if one of your work colleagues does? Maybe one of your closest friends does? Maybe your brother does? Maybe your sister does? Look at the statistics. Then try and tell me that this book shouldn’t be read by everybody, everywhere…

I know that Reasons to Stay Alive is completely different to the usual types of books I review, but I couldn’t not read this book and say something about it. I am a huge fan of Matt Haig’s and this book comes so highly recommended. It’s no exaggeration to say I was expecting something special and something special is certainly what I got…

Matt Haig is amazingly honest, open and completely succeeds with smashing all the stigma around depression into a million little pieces. The way in which he accounts the break-down he suffered whilst in his early twenties is extremely sobering and undoubtedly something which will resonate with the millions who have experienced the very same feelings as Matt at some point or other.
When you’re going through all of the extremely ugly thoughts and emotions that depression can bring about you don’t always want advice…Sometimes just the knowledge that someone else has felt the same way as you is enough. And that pretty much sums this book up and all that it achieves perfectly. It’s like a little pocket companion…Something to reassure you, somewhere you can turn to to remind yourself that others have felt the same way and someone to tell you that it does get better.

The format and structure of the book are also features which must be applauded. Working in a library I have seen and discussed many, many books focussing on mental health and some of them are downright terrifying. I’m talking pages and pages of text telling you how you ‘should’ be feeling and whilst they attempt to explain what depression is and all of the feelings that come with it, very rarely would they make the reader nod their head and go ‘YES! That’s exactly how I’m feeling…’ The books that are in excess of 300 pages are daunting enough to any reader – never mind one suffering from an illness which effects their concentration, memory and ability to focus. That’s where Reasons to Stay Alive really stands out from so many others. It’s short and snappy. You can read bite-size chunks at any one time without struggling to pick up where you left off. You can read the first chapter last, or the last chapter first…Anything goes.

This really is a gem of a book which made me laugh, smile and cry. I felt angry at peoples attitudes, scared over the hold that depression can have, relieved that so many people share the same feelings and proud of how Matt has stuck two fingers up at this illness and achieved such great things. I felt a heck of a lot of emotions whilst reading this book, basically. It pretty much put me through the wringer. I also learnt a great deal…Not just about mental illness as a condition, but about peoples and societies perceptions.

Matt should be really proud of all that he has achieved with Reasons to Stay Alive. This book will literally be a lifeline for so many and if you’re looking for a honest and realistic book on depression then your search stops here. 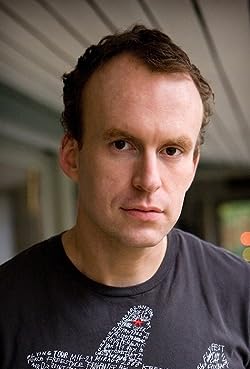 Matt Haig suffered a breakdown in his early twenties. After battling depression for a long while he turned to writing. He now believes that reading and writing books saved his life, and believes that ‘in a world trying to increasingly isolate us from our environment and our true selves, books are our route to freedom, and to each other’. His novels include the bestsellers The Last Family in England, The Radleys and The Humans. His books have been translated into 30 languages. All his novels for adults have been optioned for film. He has also written novels for children, including Shadow Forest, To Be A Cat and the new YA novel Echo Boy. His next book is about his experience of depression, called Reasons To Stay Alive.

His books have received praise from Jeanette Winterson, Joanne Harris, Patrick Ness, Ian Rankin and SJ Watson, among others. The Guardian summed up his writing as ‘funny, clever and quite, quite lovely’ by The Times and the New York Times called him ‘a writer of great talent’.