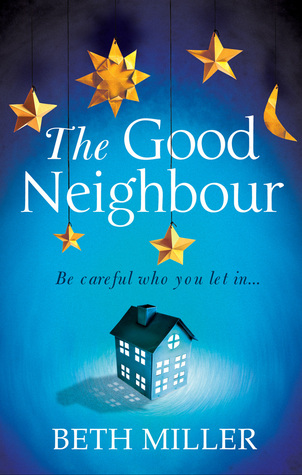 Everyone has secrets. How far will you go to protect yours?

After living next to the neighbours from hell, Minette is overjoyed when Cath and her two children move in next door. Cath soon becomes her confidante, a kindred spirit, even her daughter’s babysitter.

But Cath keeps herself unusually guarded and is reluctant to speak of her past. And when Minette witnesses something unspeakable, she begins to question whether she really knows her new friend at all…

New parents Minette and her partner Abe are thrilled that their miserable neighbours, The Miltons, are finally moving out from next door. All they ever did was complain about the noise that their baby, Tilly, made when she cried and Minette was sure that they used to spy on her. So when Cath and her two children move in next door it is like a breath of fresh air.
Minette is feeling lonely after being left alone with Tilly all day and looking for company she makes an extra effort to befriend Cath. The two soon become very close, so close in fact that Minette confides in Cath and shares one of her largest secrets. But is Cath really who she says she is? Why is she so reluctant to reveal anything from her past? It’s not long before both Minette and you, the reader, will wonder if Cath can really be trusted…?

When I spotted The Good Neighbour on NetGalley I slammed the ‘Request’ button at the speed of light (Usain Bolt’s got nothing on me…) It just sounded so, SO good. I loved the whole premise and stories where you are kept in the dark as to who you can trust always grab my attention. I love books where I’m constantly questioning everybody and their motives and The Good Neighbour is EXACTLY one of those books.
Don’t be fooled by the rather innocent start to the story. Everything seems above board to begin with. Minette is lonely and her relationship is struggling after the birth of Tilly and Cath is facing struggles of her own as her eight year old son, Davey, suffers from Muscular Dystrophy and is wheelchair bound. The two women seem to have a lot in common so it’s no surprise that they strike up a friendship. However, it’s not long before things start to seem a little odd. Cath seems to be running from something and she has some odd ideas, for example her insistence that Davey is not allowed on the internet. But why? What is she so desperate to keep from Davey??
The story is told from three view points, those of Cath, Minette and Davey. I assumed that the story was going to focus on Cath, but we actually get to hear mostly from Minette and it’s only when everything comes together that you understand why this is and you think to yourself WOW. You then realise what a cleverly written story The Good Neighbour is. The plot line is so, so strong and the way in which Beth Miller weaves the story together is perfect. She is careful to never give too much away and her writing keeps you guessing right until the end. The happenings of this story will shock, scare and astound you and the tension literally radiates off the page. I also love the fact that the story is told from three different viewpoints. This gives the reader the chance to spot vital clues and be given an inkling when something is wrong – not that my assumptions were always correct – far from it in fact.
The way that Beth has created her characters is fantastic. They are completely compelling and have so many layers to them. You really feel as though you’re let inside their heads and are given insights into why they behave the way in which they do. They are characters which will you will find yourself both identifying with and hating.
I also can’t not mention that cover. I can’t imagine anyone who would spot this book on the shelf and not grab it straight away in a fit of bookish frenzy. It’s perfect and compliments the story incredibly well.
I am really worried about giving things away so I’m going to keep this review brief because I desperately don’t want to spoil this spectacular story for anyone else. I hope that fellow readers will know what I mean when I say that everything about The Good Neighbour is just RIGHT. The characters, the plot, the issues that Beth deals with via the story. It all comes together to make one heck of a fascinating story that you will not be able to put down. Make sure you start reading this novel when you have a full day clear because I promise that all your other plans (e.g eating, sleeping) will completely fly out of the window.

A huge thank you to publisher Ebury for approving me to read The Good Neighbour on NetGalley. ♥

Beth Miller told a teacher that she wanted to be a writer when she grew up. A mere 35 years later, this came to pass with the publication of her first novel, When We Were Sisters. This book was described by readers as ‘funny and touching,’ ‘uplifting,’ ‘enjoyable,’ and ‘delightfully filthy.’

Her second novel, The Good Neighbour, will be published this September. It too contains an element of filth. To cement her reputation in this regard, she is running a workshop at Eastbourne BookFest called ‘Writing Sizzling Sex Scenes.’ She is expecting to giggle bashfully throughout this session.

In October Beth’s first non-fiction book – For The Love of the Archers – will be published. The rest of the time she runs writing courses, and coaches fellow writers in the literary art of making many good plans to help put off the moment that you actually have to start writing.