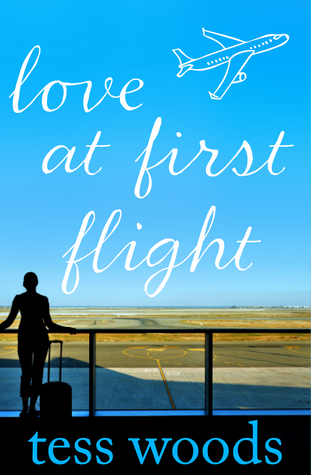 Looking back on it now, I can see it was instant. The second we locked eyes. Boom. Just like that. The me I had spent a lifetime perfecting began its disintegration from that moment. And despite the carnage it brought to all our lives, I still don’t regret it.

What would you risk to be with the love of your life? And what if your soul mate is the one who will destroy you?

Mel is living the dream. She’s a successful GP, married to a charming anaesthetist and raising a beautiful family in their plush home in Perth. But when she boards a flight to Melbourne, she meets Matt and her picture perfect Stepford life unravels as she falls in love for the first time ever.

What begins as a flirty conversation between strangers quickly develops into a hot and obsessive affair with disastrous consequences neither Mel nor Matt could have ever seen coming. Mel’s dream life turns into her worst nightmare.

Love at First Flight will take everything you believe about what true love is and spin it on its head.

On the face of things Mel appears to have a pretty good life. She’s married to hunky anaesthetist Adam, has a successful career as a GP, two teenage children and a lovely big house in Perth.
Matt also appears to have life sussed too. He is engaged to the gorgeous Lydia and co-owns a successful physiotherapy business. Two very different people, both know in what direction they’re going and are perfectly happy with the way their lives are shaping up…Until they meet one another on a flight to Melbourne which is going to have more of an impact on their lives than either of them could have ever imagined…

I have been really looking forward to reading Love at First Flight for what feels like forever. Not only is it a book published by AUS Impulse (a publisher which I am quickly growing to love!) but it sounded a hugely compelling story, too. Adultery is such a tricky subject and books that I have read in the past which focus on adultery have been very clear cut enforcing the view that adultery is an awful, bad, horrific, wicked thing. Love at First Flight proves that things aren’t necessarily as simple as you might think.

Do you believe in fate? How about love at first sight? What would you do if you were in either Mel or Matt’s shoes? Say you boarded a plane one day, perfectly happy with your life, and them BAM – you clap eyes on someone who feels like they’re grabbed your heart and are about to give it a good old twist around in your chest. Someone who you cannot take your eyes off. Someone who you just HAVE to get to know, to be with, otherwise you feel as though you’ve run out of air.
The obsessional love and instant attraction that Matt and Mel feel is absolutely amazing. Right from the second they meet their relationship is so hot it practically burns your fingers on the pages. Tess writes with such incredible passion, longing and lust that you feel as though these two characters should be together, regardless of the consequences and the countless people they will hurt.
If Matt and Mel had been single and met on the flight to Melbourne then that would be all well and good. At first I found myself thinking that I wouldn’t approve of their relationship. From what I could gather Mel’s husband Adam sounded pretty much perfect in every way, although perhaps not in the way that Mel would hope him to be. Then there’s Lydia. Happy, gorgeous, sweet Lydia…who suddenly starts to come across as a tiny bit annoying, especially with her bridezilla tendencies. It’s all to do with how Tess crafts her characters into the storyline. You start off with nothing against Adam or Lydia, but then when Matt and Mel get together both you and they start to see their spouse’s flaws. I was thinking to myself ‘There’s no way Mel should be married to Adam – they’re two totally different characters and Matt needs to call off his wedding to Lydia NOW before her mother makes him eat any more of her Chow Mein.’  I loved how my own thoughts were mirroring what was going on in the story. Of course I didn’t want Adam or Lydia to be hurt – but it was clear to me that Matt and Mel SHOULD be together. Surely?? Or at least that is how I felt until Tess started to plant the odd tiny doubt in my mind and I didn’t know what to think. That is what I loved most about this story. You will deliberate with Mel, sympathise with Matt and cry for Adam, but not once will you know in which direction this story is going to go in.
Tess completely turns the tricky subject matter of adultery on its head with Love at First Flight. Her writing is of such a high standard and the way in which the story is told alternatively from both Matt and Mel’s perspectives works so well. By doing this Tess has really helped the reader to bond with both characters as it would be really easy to make assumptions about Matt if we only heard Mel’s side of things and vise versa. It was amazing to hear and try to understand how both characters were feeling and the inner turmoil that they face. Although we don’t get to hear from Adam’s point of view, I found my initial impressions of him quickly change as I started to care about him and feel more and more uneasy about the way he was being treated.
Tess also is not afraid to shy away from the consequences of Matt and Mel’s affair. It is surprising how there is not a single person related to them who it doesn’t effect and definitely gives you plenty of food for thought.

Love at First Flight is an unbelievably well written debut. Tess Wood’s explores so many themes with her writing, including the ugly side of love which we often don’t stop to think about. It’s quite frightening (not in a ‘ARGH’ wet-your-pants kind of way, more in a sobering way…)
A truly absorbing, passionate, extremely entertaining and heart breaking read. Make sure you keep Tess Wood’s on your bookish radars. I hope we get to read more of her fantastic writing very soon.
A huge thank you to Tess and to HarperCollins Australia. ♥ 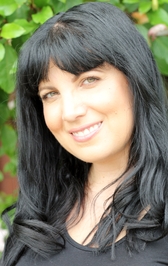 Tess Woods is a health professional who lives in Perth, Australia with one husband, two children, one dog and one cat who rules over all of them. Love at First Flight is her first novel. When she isn’t working or being a personal assistant to her kids, Tess enjoys reading and all kinds of grannyish pleasures like knitting, baking, drinking tea, watching Downton Abbey and tending to the veggie patch.