This will be one Christmas they’ll never forget…

Piran Ambrose is the epitome of brooding male. But Pendruggan’s Mr Rochester is in danger of becoming its Ebeneezer Scrooge when he is driven to distraction by the villager’s over-the-top Christmas celebrations. How could the cringeworthy amateur village production of Aladdin bring seasonal cheer to anyone, he wonders? And do the village children really have to arrive at his cottage door every single night in December with their terrible recorders and discordant singing?

But when Piran’s bad temper risks spoiling Christmas for everyone, something drastic needs to be done. So, over one Christmas Eve, three very special people pay Piran a visit, determined to show him what Christmas is really all about…

Helen is really looking forward to Christmas this year. Her son, Sean, daughter-in-law, Terri and her gorgeous granddaughter, Summer, are all coming down to Pendruggan to spend the festive season with Helen and her partner Piran. And even better – Piran is on chef duty this year! It looks set to be a great Christmas, or at least it will be if Piran can snap out of the grumpy mood he seems to be permanently in of late…
Piran is well and truly fed up. Of everything. Of being made to sit and watch amateur Christmas productions, of being accosted by carol singers and of being bossed around by the village busy-body Audrey Tipton.
Piran looks set to well and truly ruin Christmas for everyone around him with his grumpiness, until he gets some very unexpected visitors on Christmas Eve…

A Cornish Christmas is a heart-warming and delightful take on the classic A Christmas Carol. I have certainly read my fair share of Christmas novels which have been based on the Scrooge classic – some have worked really well, others not quite so – but Fern’s gorgeous novella firmly fits into the first category because I loved this story.
The characters all worked really well, particularly Piran, whose moodiness will have you sighing with exasperation but also stifling the odd bout of laughter. Helen was also a great character who simply was looking forward to a nice family Christmas. I also really liked the vicar, Simon. It takes real talent in a writer to form their characters so well in such a short space of time, after all this novella is only 60 pages – but Fern achieves this effortlessly.

However if you are a big reader of Fern’s books then you will no doubt recognise some of the characters and also the gorgeous setting of Pendruggan from some of her previous novels which I thought was fantastic. It’s like re-visiting old friends and adds an extra spark of interest to the story right from the off.
Don’t let the length of this novel put you off if you’re not normally one for short stories. In fact it’s perfect for the festive season when so many of us don’t even have time to breathe, let alone read. All of Fern’s charm and warmth are just as present as they are in her full length novels and she has produced a sweet and thought-provoking take on A Christmas Carol which reminds us all of the importance of Christmas and spending time with the people you love.

A highly-enjoyable novella which will leave you with a warm glow and undoubtedly put you in a Christmassy mood. What more could you want!? 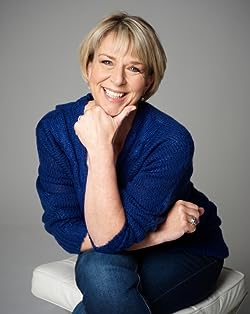 Fern began her career as a television presenter in 1980 after completing a stage management course at the Central School of Drama. In 1985 Fern became the presenter of the popular Coast to Coast, which lead to presenting roles on prime time television shows, the most iconic of which was on ITV’s flagship show This Morning. Fern’s warmth, humour, empathy and compassion have made her incredibly popular and she has become a much sought after presenter. In 2008 Fern released her autobiography Fern: My Story, which was a huge bestseller. Fern is deeply committed to a number of charities, in particular those working with and for women, children and childbirth. She lives with her husband Phil Vickery, the well respected chef, and her four children in Buckinghamshire.

2 thoughts on “Book Review: A Cornish Carol by Fern Britton”