I am delighted to be joined by the WONDERFUL Jane Turley on my blog today. Jane released her latest novel, The Changing Room in paperback towards the end of last year and I can officially confess that it is a cracker! My review will be up later today, but for now I’ll hand over to Jane as she chats creating fictional characters and reveals where she finds her writing inspiration… 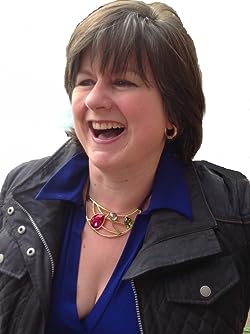 Hi Jane, welcome to Bookaholic Confessions! I’m thrilled to have you on the site, thank you so much for participating in this interview. Would you like to start by introducing yourself…?

Hello Holly and thank you for the invitation to your blog. In keeping with your blog title, I shall “confess” all! To start with I have a penchant for books, films, The Daily Mail (sorry), The Guardian (sorry), Jason Statham, Seth MacFarlane, Kevin Pietersen, shopping at Aldi, abandoned cats (currently two), my children (under duress) and my husband (under even greater duress). I also drive a Kia Soul (badly), swim (slowly) and I’m an awful cook although I’ve lots of interest in eating. Sometimes I think I’ve a bit of a split personality going on as most of the time I’m utterly charming but, on other occasions, I’m like Victor Meldrew on steroids. The split personality thing can be quite useful for me though as it helps me to put myself into my character’s shoes. In fact, only the other day when I got a parking ticket for stopping for 1 minute in an empty bus bay, I was instantly able to put myself into the mind-set of a vengeful serial killer.

Can you tell us a bit about your latest novel, The Changing Room?

I’d be delighted! The Changing Room is a comedy-drama about Sandy Lovett, a middle-aged woman who’s facing a lot of crises in her life including an aging parent, bereavement and financial hardship as well as more mundane problems like fighting the flab and teenage kids. However, Sandy tries to deal with all her challenges by adopting a positive attitude instead of getting bogged down or sinking into depression. There’s some pathos in the book as perhaps you’d expect with those story lines but Sandy also gets involved in all sorts of comical adventures – including joining a sex-chat club called The Beaver Club which, in turn, leads to even more farce. I enjoyed myself enormously writing The Changing Room. My other penchant, which I forgot to mention above, is for blatant silliness so indulging myself in lots of slapstick comedy was a top priority!

I am hugely excited about reading The Changing Room – it sounds brilliant! What was the inspiration behind the story?

There were two principle motivations behind The Changing Room. Firstly, I wanted to write a story for older women that was fun and light-hearted but also had enough substance to be discussed at book clubs. Too often the ladies of my own book club had abandoned heavyweight literary books because they were too busy or exhausted but, at the opposite end of the spectrum, we could never find enough fun books that dealt with gritty issues that we could discuss for any length of time. So I wanted to write a book that bridged that gap. Secondly, I’ve often felt that humorous fiction is restricted to Christmas coffee table books, dry intellectual humour or chick lit so I wanted to challenge that assumption and have a middle-aged heroine with everyday problems who would appeal to the average older woman. I guess I was determined that older women, who might have passed the heady days of romance, could have fun in literature too!

Is Sandy Lovett a completely fictional character or is she based on anyone in real life?

Sandy is definitely fictional. However, I think there’s a lot of truth in her in the sense that she’s very ordinary and faces the same challenges that many women face on a daily basis. In a way, she’s an amalgamation of many of the middle-aged women I’ve met. Of course, as her creator, there’s a bigger part of me in her than anyone else and I did use a few scenarios in the book that actually have happened to me although I fictionalised them in a far more dramatic way. For example, in the first chapter Sandy forgets where she’s parked her car which is something I’ve done numerous times.  In fact, I once “lost” my car for a whole hour which was deeply embarrassing! But again, forgetting where you’ve parked your car is something a lot of women have done so it is easily relatable. Funnily enough, I read online a while ago that Liz Hurley had “lost” her car too and had even reported it as stolen. However, it was later drawn to her attention by The Sun newspaper that it was still parked in the same place they’d photographed her leaving it four days earlier. My admiration for Liz increased two-fold when I read that. Despite all her glamour, when it comes to parking her car she’s just like the rest of us! 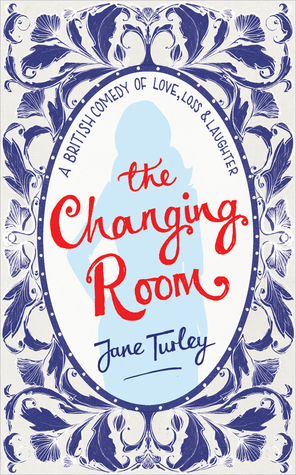 How long did The Changing Room take you to write?

The first draft took a year. But I wasn’t writing every day like some writers as I still have a lot of family responsibilities. After I finished the first draft, I filed it away for two whole months as I wanted to view it with a new perspective before I began the self-editing process. I went through this process several times with decreasing timescales before I felt I’d achieved all that I could by myself. Only then did I send it to my editor for the final edit. All in all, by the time I’d acted on my editor’s input the whole the process had taken 21 months. That probably sounds an exceptionally long time but The Changing Room is my first novel and I was determined it was going to be the best I could make it.

I love your blog, The Witty Ways of a Wayward Wife. (http://www.janeturley.net/) The articles are hilarious and I can’t urge readers enough to check them out. What gave you the idea to set up your own website?

It was at the suggestion of American stage actor, Mark Woodland. Mark and I became Facebook friends after discovering a mutual love of books on an internet forum. However, instead of talking about books, most of the time we’d end up engaging in silly creative repartee and trying to outwit each other. It was enormous fun. One day, Mark suggested I needed another creative outlet and that perhaps I should start a blog. Blogging turned out to be the perfect fit for me. In the beginning, I didn’t really think about having an audience but one day, quite early on, a comment popped up on one of my posts. I was gobsmacked people were actually reading my waffle and so I began to think more about entertaining, not just myself, but other people too. That was back in 2007. I’m still blogging now and, amazingly, people are still reading!

No, from a very early age I wanted to be an actress. Perhaps that’s the reason I had a natural affinity with Mark. But, at 21, life took me in a different direction and I ended up being a stay-at-home mum for many years. However, when my youngest child went to school, I was inevitably drawn back to my creative roots. Family commitments meant acting was out of the question but playing with words, which are the actor’s tool, seemed a natural progression.

The practicalities of publishing are a long hard slog which can be full of rejection, criticism and financial loss. You have to possess lots of staying power and self-belief, particularly when you write humour because you will definitely encounter professionals who don’t understand your humour and whose feedback will be damning. Fortunately, I’m naturally rebellious and one of those people who, when they’re told they can’t do something, fight even harder to prove their critics wrong. I would’ve made an excellent suffragette – although I’d probably have chained myself to the railings outside a bakery rather than 10 Downing Street.

What was the last book you read?

I have very diverse reading tastes. I used to read a lot of thrillers but now I tend to look for books that are a little different, even obscure. I recently finished reading Smoke Gets in Your Eyes: And Other Lessons from the Crematorium by Caitlin Doughty. It’s an autobiographical account of a mortician’s life and gives a fascinating insight into death after life. It is quite descriptive though, so it’s not for the squeamish. Having been through bereavement a number of times, I’ve always been a firm believer that death shouldn’t be a taboo subject. But now, after reading Caitlin’s book, I’m even more convinced that if we talked about death more openly, not only would we have more ethical practices but we’d also be better able to understand and support each other in times of grief.

I am in the final stages of preparation towards launching a short story for children called Fantasia. Originally, I published it as part of my short story collection A Modern Life which is principally for adults. However, Fantasia is really a universal story that initially I wrote for my children so I wanted to publish it separately. It’s another comedy-drama but set in the future this time and about Walt Disney and the urban myth that he was put into cryogenic suspension. It’s an educational story about how the past, present and the future are all entwined. It’s probably a bit bonkers but, out of all my short stories, it’s my absolute favourite.

A huge thank you to Jane Turley and to Becke from pr collective. ♥

The Changing Room by Jane Turley is published by Sweet & Salty Books, paperback £9.99 and ebook. Click here to get your copy.