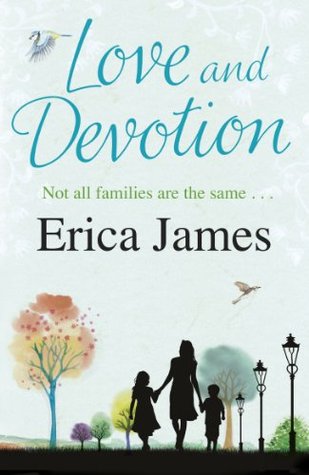 Harriet Swift has her life organized just the way she wants it: a satisfying career, her own immaculate flat, and a new boyfriend. But her well-ordered world is turned upside down when her only sister is killed in a car crash. Harriet has never been the maternal type, but with an orphaned nephew and niece to look after, she has no choice but to leave her old life behind. Divorced Will Hart also thinks he has the perfect life. A firm believer in living for the moment, Will has a terrific relationship with his teenage daughters and has happily swapped a career as a lawyer for that of an antiques dealer. Then a startling revelation causes his life to unravel. Both Harriet and Will have no choice but to piece together a new future for themselves.

When the lovely Elaine at Orion invited me to be part of the blog tour celebrations for Erica’s 20th (yes 20th!) release, Song of the Skylark, she also had a very special proposition. She was giving bloggers the chance to not only read Erica’s latest offering, but also to read & review one of Erica’s earlier books too.
I have been a fan of Erica’s writing since I first discovered her books back in 2008 when I read Hidden Talents, but there are still a few of her glorious novels that I haven’t had the chance to read yet, so this blog tour gave me the perfect excuse to do so.

The other Erica James book I chose to read was Love and Devotion. Goodreads tells me that this was first released back in 2004 (apologies if this is incorrect…) I thought it would be wonderful to see what contrast there was to Erica’s writing in the present day, compared to that of twelve years ago.
So why did I choose this particular title? The synopsis sounded intriguing and I got the impression this was going to be thought provoking and a bit of a tear-jerker. My assumptions were (unusually!) correct and reading Love and Devotion I have no trouble understanding exactly why Erica has always been such a popular author.

At 32, Harriet Swift thinks she has her life sorted. However, when her sister, Felicity, and brother-in-law are killed in a road accident, she finds herself landing the role of guardian to her young niece and nephew. As well as not appearing to have a maternal bone in her body, Harriet is forced to up sticks and move to be nearer to her parents so that they can help. However it also soon becomes clear that not all is as it seems with Harriet’s parents and Harriet finds herself at a loss as leaving her old life behind starts to take its toll.
We also get to meet middle-aged Will. Will is a divorced husband with two teenagers. In a similar situation to that of Harriet’s, Will is perfectly content with the way his life is going- but all that looks set to change when one of his daughters announces that she is pregnant, setting in force events that look to set to change the whole families lives forever…

Love and Devotion is a really powerful, sometimes dark, yet always realistic, portrayal of life, love and loss. The way that Erica deals with grief throughout the novel in touching and so well done. Ultimately she proves that we all deal with loss differently and that despite the bleakness, sometimes there can be a way back.
Erica has a way of examining human nature through her novels and the characters that she has created here do this brilliantly. Her characterisation is one of the reasons I find her novels so fascinating – as these people could be your neighbours, your friends, people you pass by on the street – and to get an insight into their lives and their behavior makes for the most compelling and gripping of tales.

I also liked how there is a love story intertwined in this novel, yet it’s not your classic romance. Erica’s novels often seem to follow this pattern and I think it’s brilliant. There is so, SO much more to her writing than boy-meets-girl and the way that the romance is hidden beneath other twists and turns in the plot is superb. In other words this book contains a more realistic form of romance.

Love and Devotion certainly packs a punch. It will make you smile, cry and ponder and I felt there was so much depth to the story. It’s one of those novels that you can’t help but completely lose yourself in as you become so involved with the characters that you forget about real life for an hour or two.

After reading both of Erica’s books, past and present, I have come to the conclusion that she is one heck of a storyteller now and she always has been. I will never tire of her exquisite stories and can say for certain that the next time I pick up an Erica James book, old or new, I know I’m going to be getting a beautifully crafted, top-notch story that will never disappoint.

A huge thank you to Elaine at Orion for the opportunity to be a part of this wonderful tour & share Erica’s 20th Book Birthday celebrations. ♥ 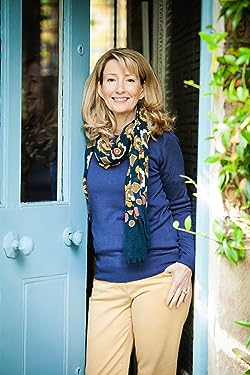 With an insatiable appetite for other people’s business, Erica James will readily strike up conversation with strangers in the hope of unearthing a useful gem for her writing. She finds it the best way to write authentic characters for her novels, although her two grown-up sons claim they will never recover from a childhood spent in a perpetual state of embarrassment at their mother’s compulsion.

The author of many bestselling novels, including GARDENS OF DELIGHT, which won the Romantic Novel of the Year Award, and her recent Sunday Times top ten bestsellers, SUMMER AT THE LAKE and THE DANDELION YEARS, Erica now divides her time between Suffolk and Lake Como in Italy, where she strikes up conversation with unsuspecting Italians.