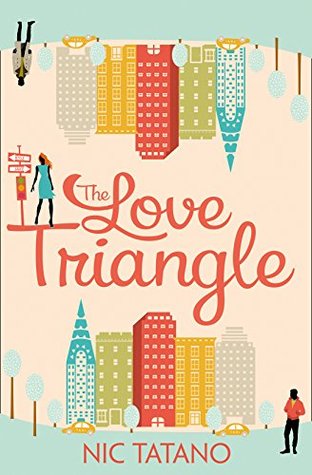 When you need damage control, you call a doctor.
Nope, not a medical doctor. A spin doctor.

And public relations expert Lexi Harlow is so good at getting her clients out of trouble, she’s known as Spin Girl.

After an incendiary breakup (setting fire to her cheating boyfriend’s pants) she decides to play the field for the first time in her life. Two suitors are vying for her affections; pro quarterback Jake Frost, New York’s most eligible bachelor; and sports agent Kyle Caruso. But when the athlete hires the agent, and both enlist her services to take care of public relations, well…

There’s only one way Lexi can spin her way out of a love triangle before everything blows up in her face.
Choose one.
But when the candle she’s burning at both ends meets in the middle, the choice is no longer hers.

‘Spin Girl’ Lexi Harlow is a kick-ass, feisty, public relations expert.  She is the queen of snark and doesn’t take any prisoners (as her boyfriend found out when she discovered he was cheating on her… underwear, flames and paparazzi were involved…) She’s immensely good at her job and can also play basketball like a pro.
However, Lexi lands herself in a bit of a love-dilemma when she catches the eye of pro quarterback Jake Frost. He’s rich, gorgeous and travels by helicopter (Say no more, right?) But when Lexi finds herself going on a date with sports agent Kyle Caruso, who she meets when playing basketball and also works in the office above her, it seems as though the two are going to have to fight it out for Lexi’s affections.
Lexi decides to play the field for a bit – what harm can it do? Hopefully something will happen which will help her make the decision as to which guy she is going to get serious with. But when Jake hires Kyle as his agent & with Lexi taking care of his PR, she suddenly finds herself WORKING with her two potential suitors. Awkward. Enough is enough. Lexi realises she has to make a choice, but who will show their true colours first and win her heart?

I am a huge fan of Nic Tatano. I have loved every book that he has written so far, so I couldn’t wait to dive into The Love Triangle. Plus how gorgeous is that cover!?
Nic’s latest offering completely lived up to his previous books as this was one funny, warm and incredibly smart story.
Lexi Harlow makes for a brilliant lead character. I will admit that I started off liking her but there were times when she frustrated me during the middle of the story. (This was probably only because I knew who I wanted her to end up with and I was going to be in a right strop if she didn’t make what I thought was the right choice…) However she completely redeemed herself in the last three quarters of the story and now I absolutely love the girl. She was brave, smart and selfless. She is definitely the kind of girl you’d want fighting your corner.
Don’t get me wrong, I completely sympathised (if that’s the right word!?) with Lexi’s situation. Does she choose handsome, chiseled, extravagant Jake who jets her off on trips to London and spoils her, or does she choose down-to-earth, chivalrous, good-guy Kyle who plans the most fun dates in the whole world?
Personally, I was #TeamKyle. That doesn’t mean to say that he is the right one for Lexi – no spoilers here! But if I were in Lexi’s shoes (The stripper ones. *Cough*) then I would have chosen Kyle. I will freely admit to being a little bit in love with Kyle. He has a good set of morals, is adorable and clearly worships the ground Lexi walks on…
I also had a soft spot for Kyle’s sister, Donna, and not just for her NeeeeewYawk accent. She was such a brilliant character and the romantic subplot that develops between her and another character was also a lovely addition.

Regardless of my preference, it was never clear who Lexi was going to choose and there was no way I was putting this novel down until I had discovered who that was going to be. I also loved the earlier stages of the story when Lexi dealt with Kyle through work and they didn’t realise who they were speaking too. It made for a hilarious and incredibly sweet twist to the storyline and for a minute I thought we were going to be dealing with a love square rather than a triangle!

I loved the twists and turns that the story took on towards the end – revealing everyone’s true colours and bringing everything together nicely. Kyle, Jake and Lexi all surprised me, each in their own different ways and I really miss them now I’ve finished the book. They were such a joy to read about and I would love to meet (some of them!) again in the future.

Nic Tatano is a really talented writer whose novels I am growing to love more and more. If you like witty, hilarious romance with a touch of intrigue then I urge you to check out his books.

A huge thank you to HarperImpulse for approving me to read The Love Triangle on NetGalley. ♥

I’ve always been a writer of some sort, having spent my career working as a reporter, anchor or producer in television news. Fiction is a lot more fun, since you don’t have to deal with those pesky things known as facts.

I spent fifteen years as a television news reporter and anchor. My work has taken me from the floors of the Democratic and Republican National Conventions to Ground Zero in New York to Jay Leno’s backyard. My stories have been seen on NBC, ABC and CNN. I still work as a freelance network field producer for FOX, NBC, CBS and ABC.

I grew up in the New York City metropolitan area and now live on the Gulf Coast where I will never shovel snow again. I’m happily married to a math teacher and we share our wonderful home with our tortoiseshell tabby cat, Gypsy.