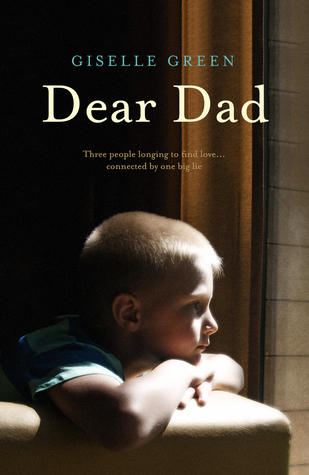 Three people longing to find love. Connected by one big lie.
Handsome, 28-year old, Nate Hardman is a frontline reporter with a big problem. Suffering from shell-shock and unable to leave his house, he’s already lost his social life and his girlfriend. Now his career prospects are sinking fast.
9 year-old Adam Boxley who lives alone with his ageing nan, also has big problems. Neglected at home and bullied at school, he’s desperate to reach out to his dad – and that’s when he sends his first letter to Nate. Only Nate’s not who he thinks he is. Will he help? More importantly – can he?
Across town meanwhile, caring but impulsive teacher Jenna Tierney really wants to help Adam – except the feisty redhead has already had enough of teaching. Recently hurt by yet another cheating boyfriend, Jenna’s now set her sights on pursuing a dream career abroad … only she’s about to meet Nate – her dream man who’ll make her re-think everything.
The big question is; can three people desperate to find love, ever find happiness when they’re only connected by one big lie?

War reporter Nate Hardman is going through a challenging time when he starts experiencing horrific panic attacks which leave him unable to leave the house.  Things are going downhill fast, especially when he is unable to go out and work leaving him wondering how he’s going to support himself.
However, his life takes on an unexpected turn when he receives a letter from a 9 year old boy who thinks that Nate is his father. Suffering both at home and at school, Adam contacts Nate asking for someone to help him, listen to him and most importantly – to be there for him.
Meanwhile Jenna Tierney finds herself homeless and back in the UK after fleeing her cheating boyfriend in Sicily. Jenna has big dreams but she reluctantly takes a supply teaching role on at Adam’s school to enable herself to get back on her feet again.
When Jenna meets Adam she immediately warms to the boy, especially when she sees how much he’s suffering. So imagine Jenna’s delight when she learns that Adam’s formally absent father has made an appearance in his life. Safe in the knowledge that whilst she is only going to be around temporarily, Adam will have his (rather handsome) ‘father’ to look after him once she moves on. If only things were that simple…

Sometimes you read a book that really melts your heart and you just know that the characters will stay with you long after you’ve turned the last page. Dear Dad is one of those books. Emotional, heart wrenching and massively compelling, I am going to treasure the time I spent reading this book. It was just such a lovely story.
I will freely admit to falling just that little bit in love with Nate. After some horrific experiences when reporting from warzones, Nate is suffering from PTSD and you cannot help but feel the panic, despair and sheer frustration that he feels from not even being able to leave the house. Giselle portrayed Nate’s situation in such a sensitive and honest way, never glossing over his struggles and the way in which she documents his panic attacks is hugely realistic.
The story definitely takes on a new twist when Nate receives Adam’s letter. Initially I thought that perhaps he was Adam’s dad but he just wasn’t aware that he existed, but the story plays out in a clever and intriguing way.
Which brings me on to Adam. Adam is the kindest, gentlest little boy you will ever meet and his story will break your heart. This child has no one other than his Nan who he spends more time looking after than a 9 year old boy should. He is being cruelly bullied at school and he has no one to fight his corner. I often found myself feeling so angry at his situation and I only dread to think what would have become of this innocent little boy if he hadn’t plucked up the courage to write to Nate. Now here’s why I love Nate so bloomin’ much… Most people get a letter from some random child that they’ve never met before, claiming that they are their parent. What would they do? Ignore it? Throw it away? Send it back telling the child they’ve made a mistake? Not Nate. Adam asks Nate to go along to his parents evening and in the role of his dad. Nate is fully prepared to do it, but there’s just one problem. How is he going to leave the house? It’s not long before you start to realise that perhaps Adam is going to be the one who helps Nate out as well as the other way round…
Jenna is also a perfectly-formed, feisty character and the role she plays in both Adam’s and Nate’s lives is superb. She notices Adam right away and is determined to make other people notice him too, and as soon as she discovers the difficulties Nate is facing, she does all that she can to help him overcome his demons, aswell (The only slight problem being that she remains under the impression that Nate is really Adam’s dad…) However, she does have a tendency to flee at the first sign of trouble, a trait which I desperately hoped that Adam and Nate could help her snap out of.

The story is told from alternating viewpoints as we hear from both Jenna and Nate. This works so well as the story unravels and gives the reader the upper hand with regards to the secrets that are being kept and the true extent of the feelings and emotions on both sides.

I simply cannot believe I haven’t discovered Giselle Green and her wonderful writing until now. She has such a superb style of storytelling and paces the story perfectly, giving readers enough time to get to properly know the characters and form an unbreakable bond with them. She packs so much emotion into her writing that I truly think a packet of ‘man-size’ Kleenex should be a compulsory addition to this book.
The topics that are covered in the story are always done so with such sensitivity and heart; whether it be agoraphobia, bullying, depression, heartbreak, relationships, or the pull of family ties. It will break your heart but it might possibly build it right back up again as you realise exactly how much impact one person can have on numerous lives…

A huge thank you to Giselle Green for the opportunity to read and review Dear Dad.♥ 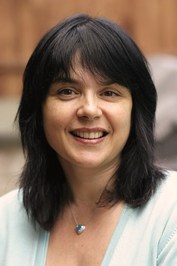 Born in Chiswick, Giselle Green was brought up in Gibraltar where she has extensive family. She returned to the UK to study Biology at King’s College London, followed by an MSc in Information Science at the City University. She is also a qualified Astrologer, with a particular interest in medieval astrology.

Her sixth novel DEAR DAD is currently available as an Ebook on Amazon. Paperbacks to follow this summer.

Giselle lives in Kent with her husband and their six sons.