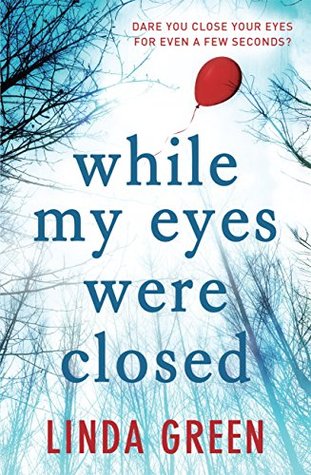 Lisa Dale shuts her eyes and counts to one hundred during a game of hide-and-seek. When she opens them, her four-year-old daughter Ella is gone. Disappeared without a trace. The police, the media and Lisa’s family all think they know who snatched Ella. But what if the person who took her isn’t a stranger? What if they are convinced they are doing the right thing? And what if Lisa’s little girl is in danger of disappearing forever?

Four year old Ella is looking forward to starting school next week, along with her best friend Charlie. A seemingly happy and outgoing child, Ella lives with her Mum, Dad and older brother Otis. Ella’s mum, Lisa, is doing her best to carry off being a working other and balance having a successful career whilst still being there for her children, including her old daughter Chloe from a previous relationship.
However, Lisa lives out every parent’s worst nightmare when the unthinkable happens and Ella goes missing during a game of hide-and-seek in the park. Frenzied with worry and riddled with guilt, Lisa faces up to the fact that her child has been abducted and calls the police. What might have happened to the young girl doesn’t bear thinking about…But who could have taken her? Could it really have been a stranger seizing an opportunity? Or is it someone closer to home?

I love, love, LOVE Linda Green. I have read and enjoyed many of her books over the years but I was really looking forward to reading While My Eyes Were Closed. Most of the books of Linda’s that I have read have been lighter reads (The Mummyfesto is one of my favourites; make sure you read it if you haven’t yet…) so I was really excited to sample one of her  psychological thrillers (Which is fast becoming one of my favourite genres.)
Linda certainly didn’t disappoint, as While My Eyes Were Closed is absolutely terrific and it had me well and truly on the edge of my seat. There are a lot of thrillers which centre on child abduction, but this one differs greatly from the norm in many ways. Firstly we actually realise who the abductor is pretty much from the outset. This immediately gives the novel a different angle on things and adds a unique take on proceedings. Despite knowing this information, it doesn’t make the novel any less tense and the story will still grab on to you firmly and refuse to let go until you know what’s going to happen…I liked the fact that this wasn’t one of those novels where you’re frantically trying to work out who’s behind the crime – you already know – but this doesn’t detract from the story at all. In fact it gives the reader the opportunity to explore many other themes including the unbreakable bond between mother and child as well as how we can sometimes be too quick to judge people and situations.

Unlike many other novels that cover this subject, While My Eyes Were Closed focuses on the abductor’s reasons for taking Ellie. We are provided with a unique and fascinating perspective as the abductor shares the narration with Lisa, Ella’s Mum.

The other thing that I noticed about this novel is that whilst it’s undoubtedly covering a difficult subject and it will strike fear into the reader, this is not done in a gruesome or over-the-top way. In fact, far from it…The storyline is completely plausible and eerily vivid, which is what gives the story so much tension and adds to the atmosphere. Not only is this a nail-biting read that will keep you firmly on your toes; it’s also quite a sad story which I wasn’t necessarily expecting. It is one of those books that will really make you think.

The plot is so cleverly constructed and full of twists and turns, which are guaranteed to keep you reading late into the night. Linda has got such a rich, descriptive style of writing that you cannot help but become submerged in this novel.

To be in with the chance of winning a copy of While My Eyes Were Closed click HERE to be taken to the rafflefcopter entries page. UK only, ends 13/05. 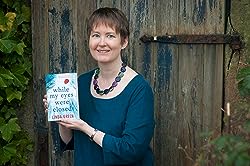 Linda Green wrote her first novella at age nine. Unfortunately the pony-based time travel thriller genre never took off. She did however – after 102 rejections –go on to achieve her childhood ambition of becoming a published author. Linda is an award winning journalist and has written for the Guardian, the Independent on Sunday and The Big Issue. She is also a creative writing tutor and enjoys visiting libraries and schools to give talks.

Linda lives in West Yorkshire, is married to a sports photographer and has a nine-year-old son. The Marriage Mender is her sixth novel.

5 thoughts on “Book Review and Giveaway: While My Eyes Were Closed by Linda Green”