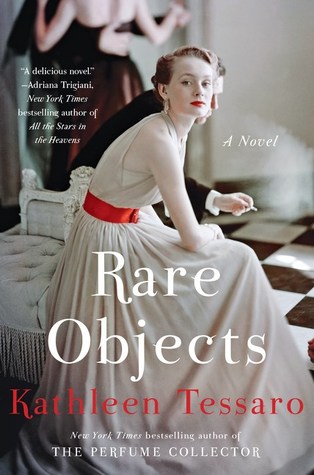 Mae Fanning seizes on a job at a tiny, exclusive Boston antiques shop as the fresh start she desperately needs. It opens a window to new world, one peopled with rare and rich characters. But the day that enigmatic socialite Diana van der Laar walks in, Mae’s hidden past returns.

As a moth to a flame, Mae is unable to resist Diana’s heady, seductive glamour and glittering life. Yet, like the rare objects in the shop, very little is what it appears – Diana included.

Moving from Jazz-Age New York to Boston in the grip of the Great Depression, Rare Objects is a rich and gripping story of what it means to reach for a braver, bolder life.

Maeve Fanning is at a loss to which direction her life is taking. An Irish immigrant, Maeve has returned from the bright lights of New York City to live with her widowed mother back in North End Boston where the pair originally ventured in order to set up a better life for themselves.
Maeve’s stay in New York was a turbulent one which went from bad to worse. She spent too much time drinking and partying and landed herself in a harrowing situation which resulted in her attempting to end her life and a stay in a psychiatric hospital.
Now back in Boston in the grip of the Great Depression, Maeve is determined to re-invent herself and never reveal to her mother exactly how bad things got. In a bid to land a job, Maeve dyes her trademark fiery red hair blonde and rewrites her past. Her efforts are rewarded when she gets a job working in quirky antiques shop, Winshaw and Kessler. Determined to get back on her feet, Maeve’s tells herself she is perfectly content selling antiques to the wealthy and eccentric, but then socialite Diana Van der Larr makes a re-appearance in her life. She first met Diana when they were both ‘imprisoned’ in the psychiatric hospital and was struck by what a flamboyant and unusual person Diana was.
Maeve is terrified that Diana is going to reveal the secrets from her past, but it’s not long before the two strike up an unusual friendship. Both with a desire to be different and never confirm to the ‘norm’, the two have a fiery and somewhat volatile relationship, but it’s based on the fact that they understand one another like no one else can. The Van de Larr’s are an extremely wealthy family, who are determined to turn Diana into something that she’s not (or in some cases, stop her from being who she is…)
Then when Diana’s handsome brother, James, starts to peruse Maeve she struggles not to be taken in by the dazzle and glamour of his world. Her morals are pushed to the limit and she is forced to stop and look at the person she has become and re-evaluate what it is that she really wants from life…

I love historical fiction and feel as though I don’t read enough of it. I love novels that are set during a fascinating period of time and provide an intriguing backdrop to the story, allowing the reader to learn important pieces from the past as the story develops. I really couldn’t have asked for a more fascinating back drop to Rare Objects than during the Great Depression of the 1930s. Such a shocking, unsettling period of time and it’s made all the more compelling when you realise that the struggles, issues and difficulties that the characters faced are still experienced by woman in today’s world.
I felt Maeve’s frustrations, I felt her disquiet and I felt her refusal to believe that this was her lot in life. She wanted more, felt she was capable of so much more and her ambition and resolve bounced off the pages. I felt as though I really connected with Maeve. She didn’t always do what was right and was at times a deeply flawed character (as so many others in this novel are) which only had me liking her all the more. I felt that the characters in Rare Objects were very real; which made them fascinating to me. I was particularly taken in by Maeve and Diane’s friendship. I liked how they felt free to be themselves when they were together, but it was constantly overshadowed by the fear that something awful was going to happen to one of them. This would naturally have been heartbreaking for me because I loved them both so much as characters. They were so alluring, realistic and easy to form a connection with.
I loved the part of the story when Maeve landed herself a job working for Winshaw and Kessler. I really warmed to Mr Kessler and found myself growing really fond of him as the story progressed and his working relationship with Maeve. Mr Winshaw also fascinated me. An archaeologist, he’s off travelling the world for rare finds to sell during the most part of the novel, so we don’t actually get to meet him until much later on . I love how Maeve was intrigued by him and his absence, and the relationship the two formed when Mr Winshaw did return to Boston.

I completely lost myself in the prejudiced and frightening world of 1930s Boston. Rare Objects completely took over my life for a couple of days, I became that engrossed in the story, the setting, the relationships between the characters. It’s such a rich, detailed, well-researched and well-observed novel that my admiration for Kathleen Tessaro is huge. (She’s a new author to me, but this will be the first of many of her books that I’m hoping to read…) Rare Objects was a story that offered so much. Not only first-rate storytelling, but I feel as though I learnt a great deal from this novel. Not just about the time period in which it was set, but observing these characters really made me think about people not being who they appear to be on the outside. There’s one quote from Maeve which will stay with me… “It’s a trick I learned from my mother – when in doubt, act like you know what you’re doing, and you’ll be treated like you do. And if you can convince others, there’s a chance that someday you might just be able to convince yourself.” I think this resonated with me so much because (at least, in my opinion) it’s so very true.
At first I wasn’t sure how to interpret the ending. It’s not so much left on a cliff hanger, but there are one of two lose ends. Ultimately, I decided that this is a good thing because Kathleen Tessaro has done a really clever thing in leaving it up to the reader to interpret the ending of the story to a certain degree. Although, to be honest I was just upset that this novel ever had to end at all because I loved it so much.

All in all, a beautiful, memorable and imaginative read.

A huge thank you to publisher Harper for approving me to read Rare Objects on NetGalley. ♥ 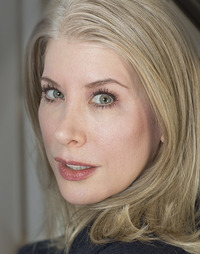 Born in Pittsburgh, Pennsylvania, Kathleen attended the University of Pittsburgh before entering the drama program of Carnegie Mellon University. In the middle of her sophomore year, she went to study in London for three months and stayed for the next twenty-three years. She began writing at the suggestion of a friend and was an early member of the Wimpole Street Writer’s Workshop. Her debut novel, Elegance, became a bestseller in hardback and paperback. All of Kathleen’s novels (Elegance, Innocence, The Flirt, The Debutante, The Perfume Collector, and Rare Objects) have been translated into many languages and sold all over the world. She returned to Pittsburgh in 2009, where she now lives with her husband and son.

One thought on “Book Review: Rare Objects by Kathleen Tessaro”