Writing from Another’s Perspective – a challenge or a cheek?
By Rosanna Ley

As every writer knows, viewpoint is tricky. Every story has a narrator. But who should that narrator be? And how are we qualified to step into their shoes and assume that we know – how they act, how they think? Are we allowed to write about men (if we’re women?) about young women (if we’re not?) about different times in history and about races and cultures other than our own? Well – yes. Otherwise we can only write about ourselves and our own experience and that’s a bit boring really…

But how do we go about writing from such a different point of view?

Be thorough. In Last Dance in Havana the viewpoints are British and Cuban, male and female, old and young. So… I read about what it felt like to live in Cuba and to be a dancer – Carlos Acosta’s autobiography No Way Home was great for this; he also provided insight on what it felt like to leave Cuba and move to the UK. I also read Biography of a Runaway Slave where Miguel Barnett interviews Esteban Montejo. Esteban speaks of his life as a slave, as a runaway, as a soldier in the War for Independence. This book blew me away – you can’t beat first hand sources like this for getting under the skin. I also watched documentaries and films and talked to Cuban people when I visited the country.

And then – be brave… We’re writers! This is fiction! We have to use some imagination and make it our own. No matter how much research we do, our knowledge will be incomplete. We’ll make mistakes. That’s sort of OK. Writing from viewpoints other than our own is challenging, fascinating and informative. That’s more than OK. In fact, I love it…

A huge thank you to Rosanna and to Alice at Midas pr. 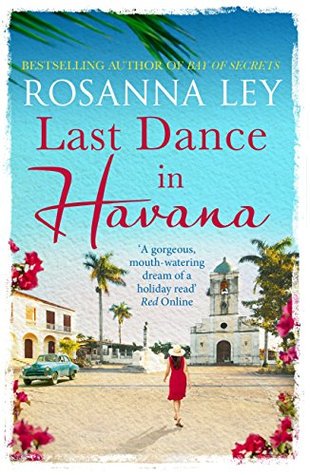 Cuba, 1958. Elisa is only sixteen years old when she meets Duardo and she knows he’s the love of her life from the moment they first dance the rumba together in downtown Havana. But Duardo is a rebel, determined to fight in Castro’s army, and Elisa is forced to leave behind her homeland and rebuild her life in distant England. But how can she stop longing for the warmth of Havana, when the music of the rumba still calls to her?

England, 2012. Grace has a troubled relationship with her father, whom she blames for her beloved mother’s untimely death. And this year more than ever she could do with a shoulderto cry on – Grace’s career is in flux, she isn’t sure she wants the baby her husband is so desperate to have and, worst of all, she’s begun to develop feelings for their best friend Theo. Theo is a Cuban born magician but even he can’t make Grace’s problems disappear. Is the passion Grace feels for Theo enough to risk her family’s happiness?

From bestselling author Rosanna Ley comes an exotic tale of love, family and friendship set between England and Cuba.

Last Dance in Havana is published by Quercus 19th May, buy yours here.