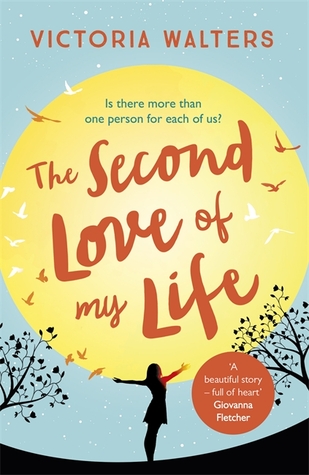 In the Cornish town of Talting, everyone is famous for something. Until recently Rose was known for many things: her infectious positivity; her unique artistic talent; and her devotion to childhood sweetheart Lucas. But two years ago that changed in one unthinkable moment. Now, Rose is known for being the young woman who became a widow aged just twenty-four. Though Rose knows that life must go on, the thought of carving out a new future for herself is one she can barely entertain. Until a newcomer, Robert, arrives in Talting for the summer… Can Rose allow herself the chance to love again?

Two years after the death of her beloved husband and childhood sweetheart, Rose Walker is still coming to terms with losing the love of her life. Before Lucas’ untimely death, Rose was an up-and-coming artist, but she has struggled to paint anything since she lost him. Despite being surrounded by close family and friends, living in the idyllic sounding Cornish seaside town of Talting where she grew up proves to be both a blessing and a curse for Rose as it holds so many memories. Rose makes the difficult decision to sell the last of her paintings as her desire to paint continues to diminish, and in doing so she meets Richard – a lawyer who is visiting from Plymouth and who happens to love her work. The two strike up a friendship and Rose starts to look at life in a different way. Can Richard help her to move on from her past? Is Rose even ready to look forward and fall back in love with life?

The Second Love of My Life is one of those books that I had been hearing so much about, waaay before it was even released. The reviews were glowing, I couldn’t wait to meet Rose and I enjoyed every minute of following her inspiring journey back to happiness (with plenty of heartbreak along the way.) I warmed to Rose right from the off. Here is a girl who was widowed at just twenty-four and who has experienced so much already in her short life. It’s a really sobering thought as Rose has been through an incredible amount, including losing her mother as well as her husband. I had huge admiration for her and all that she had been through and how she was able to get up every day and face life. She first met Lucas when she was just a child and they basically had a fairy-tale relationship; you know – the kind that makes your heart just melt. Whilst you never get to meet Lucas in the story, you will have no trouble imagining him and the love that he shared with Rose. Victoria’s writing evoked so much emotion in me. I couldn’t bear that this had happened to this young couple who had their whole lives ahead of them. I felt the different stages of grief as a reader; I was angry, upset and I didn’t know how I would have been able to have contemplated life carrying on if I was in Rose’s shoes. I think the feelings I felt are testament to Victoria’s wonderful writing. She made me care about these characters and I wanted what was best for all of them.

Now, can we talk about Robert? Robert. Well… I really, really liked him. He sounded handsome, caring and kind. I felt the spark that started to grow between him and Rose and I was all for it (because I desperately wanted them both to be happy.) I was, in fact, really proud of Rose when Robert comes into her life as well. She gave him a chance (in fact- more of a chance than you’ll ever imagine, which you’ll discover when you read this novel for yourself…) She doesn’t take the attitude that Lucas was the only man she’ll ever love and she’s never going to be interested in setting eyes on another man again. It had been two years since Lucas died and the way in which Rose gets to know Robert is gone gradually and realistically. I think that Victoria paced their relationship perfectly; however I wasn’t expecting a certain bombshell to drop when it did. I was in a complete state of shock and I had no idea what was coming. I will admit to having niggles about the situation, but I never imagined what was really afoot. I couldn’t wait to see how things were going to play out and what direction Victoria would choose to take the story in next… Bombshell aside, it was a complete joy to watch the friendship blossom between these two. Robert was patient, thoughtful and most importantly hugely respectful of the relationship that Rose and Lucas shared.
The Cornish town on Talting was an absolutely superb setting. I loved the descriptions of the houses, the beach and, of course, the residents. I felt a real sense of community between everyone who lived in Talting. Whilst everyone might know everyone else’s business, I guess that’s all part of living in such a tight-knit community. I personally would love to live there; it’s such a gorgeous place and it felt so homely and sounded beautiful. I also love the people who inhabit the seaside village…Rose’s best friend Emma and her husband John were such wonderful, kind-hearted characters. The friendship they all shared was believable and extremely special.

The way that Victoria expressed Rose’s love for life returning through the power of her painting was such a clever and well implemented idea. Rose goes on a artists retreat and she learns so much about both herself and her ability as an artist whilst she’s there. It is both humbling and heart-warming to watch her transform before your eyes and how her artwork mirrors her life, recovery, relationships and friendships in so many ways.

Whilst there were undoubtedly upsetting moments in this story that are guaranteed to have you sobbing, I found The Second Love of My Life to be a highly uplifting story which is full of hope. It also goes to prove that fate has a funny way of operating and you never know what is round the corner. You can find love and happiness in the most unlikely of places as The Second Love of My Life proves.

A heart-warming, inspiring, brave and beautifully written debut. I am MAJORLY excited to read more from Victoria Walters. Trust me, she is one to watch…

A huge thank you to publishers, Headline, for approving me to read The Second Love of My Life on NetGalley. ♥

Victoria Walters has always loved creating stories. Her first book was handwritten when she was sixteen years old, and was closely modelled on the Sweet Valley High series. Victoria studied sociology at Warwick University and has since worked for a business publisher and as a Waterstones bookseller. She lives in Surrey with her cat Harry (named after Harry Potter, not Harry Styles).

DANCING IN THE FIRE, her New Adult romance, was the winner of a short story competition run by Simon and Schuster and is available as an eBook exclusive now.

One thought on “Book Review: The Second Love of My Life by Victoria Walters”