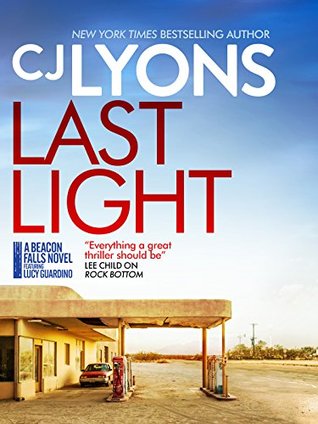 Lucy Guardino has always seen herself as a normal Pittsburgh soccer mom who happened to have a job chasing the worst of the worst for the FBI. But after a violent predator targets her family and she s injured, Lucy sacrifices her career with the FBI in order to keep her family safe.

What is she now that she s no longer a FBI Special Agent? she wonders as she begins her new job with the Beacon Group, a private consulting firm that specializes in cold cases and bringing justice to forgotten victims. Lucy fears she s traded being a kick-ass law enforcement officer for being a civilian mother hen shepherding a team of amateurs.

Her fears appear justified when she s partnered with TK O’Connor, a former Marine MP struggling with her transition to life back home in the US, and sent to rural Texas to investigate a case that s more than cold, it s already been closed with the killers behind bars for the past twenty-nine-years.

But who really killed Lily Martin, her infant daughter, and husband, leaving her young son permanently impaired? Why was an entire family targeted for annihilation? What price will Lucy pay when she fights to expose a truth people will kill to keep buried?

Last Light follows the story of former FBI Special Agent Lucy Guardino. Fans of C.J. Lyons will know Lucy from another series of books, but Last Light is the first in a new series entitled Beacon Falls. (You don’t have to have read any of Lucy’s previous adventures, but I guarantee you will want to after devouring this novel!)

The story sees Lucy land herself a new job with the Beacon Group. This group specializes in re-visiting crimes from years ago which have long been closed in a bid to clear the names of the wrongly accused. Lucy has her qualms about her new job after being a big-shot law enforcement officer for the FBI – will this job be enough for her? She doubts it is going to be as action-packed and thrilling as working for the FBI and fears she’ll more likely be some kind of paper shuffler rather than on the front line solving long-forgotten crimes (however, she couldn’t be more wrong…)
Then when she meets one of her co-workers, TK O’Connor, her fears start to multiply. TK, a former Marine, is ballsy and hot-headed and she certainly isn’t one for taking orders…Can the two strong women work together to solve their first case?
The case in question is a horrific one. Mother Lily Martin, her husband and her baby daughter were brutally murdered in their own home twenty-nine years ago. Lily also a had a son, Alan, who is now an adult. Despite surviving the killings, Alan has been left seriously impaired by what happened to him that night and he is unable to speak.
The two apparent murderers of this case confessed to the killings twenty-nine years ago and have been imprisoned ever since. When Lucy and her team arrive in rural Texas to start their investigation the townsfolk are shocked – surely the Martin case was as clear cut as a case can get? Only Lucy and her team start to discover otherwise…

I loved the sound of Last Light. As regular readers of my blog will know I am into crime and thrillers in a big way lately and this one really caught my eye. I liked the idea that a case that has long-been closed is up for investigation by the Beacon Group. It sounded pretty clear-cut to me and I was intrigued to see how Lucy, TK and co were going to prove otherwise. Oh, how I totally underestimated those ladies…
With so many other books in this genre, you usually have one strong leading lady; y’know the sort – has a complicated personal life, dedicates her life to her work, is ballsy and unafraid of everything? I LOVE women like that, but Last Light provided an unusual take on the generic format and had two kick-ass women at the heart of the investigation. Whilst Lucy’s personal life is slightly less complicated than TK’s (in so far she she’s happily married with a teenage daughter, but she did suffer life-threatening injuries from a dog attack which have left one of her legs in a pretty bad way, therefore forcing her to leave the FBI) but TK is a bit of a closed book. It soon becomes clear she was an awesome Marine, but since leaving the forces something has happened and we never quite find out her full story. She’s effectively homeless and it’s clear there’s more than meets the eye where her family are concerned.
I thought we’d have a bit of a power-battle on our hands with these ladies and whilst there was a bit of tension at times, I absolutely loved the way they worked together when things really kicked off. The dynamics between these two were fascinating and they made for great leads.

The case that Beacon Group are investigating is truly upsetting and doesn’t always make for easy reading (however I felt that C.J. Lyons gave just enough ample description to portray the awfulness of what happened, whilst not going into too much gory detail- thankfully.) I thought I had discovered the culprit about half way through but as is usually the case with me and murder suspects I was wrong…! I was shocked at the outcome to the murders though. I’m not going to say any more because I am scared of spoiling the story…

This is a real fast-paced, action-packed story which has been well researched. The police and forensic procedures side of the case were portrayed realistically and really demonstrate how far this side of things have progressed in the last thirty years. C.J’s style of writing will undoubtedly have you hooked as you race through this novel in a bid to discover the truth. The only reason I have given this novel 4 stars instead of a full house is because at times I felt there were too many characters in one small space (if that makes any sense!?) I had trouble keeping track of who was who twenty-nine years ago, compared to who-was-who in the present day. I think the fact that some of the characters were related contributed to this, and sometimes certain characters were called by their surname and other times by their christian name.  I will say that that improved as I got further into the story and formed each character properly in my head (as opposed to going back to double check who certain characters were) That could be down to my awful memory and how easily I get confused though.

I think Last Light is the start of what is hopefully going to be a superb series. It had me biting my fingernails throughout and the tension continues to grow and grow until it reaches an explosive crescendo.

*Copy received for review from Hayley at ed pr. Thank you! 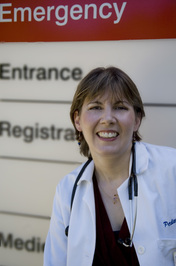 Two times winner of the International Thriller Writers coveted Thriller Award, CJ has been called a “master within the genre” (Pittsburgh Magazine) and her work has been praised as “breathtakingly fast-paced” and “riveting” (Publishers Weekly) with “characters with beating hearts and three dimensions” (Newsday).