Cuba, 1958. Elisa is only sixteen years old when she meets Duardo and she knows he’s the love of her life from the moment they first dance the rumba together in downtown Havana. But Duardo is a rebel, determined to fight in Castro’s army, and Elisa is forced to leave behind her homeland and rebuild her life in distant England. But how can she stop longing for the warmth of Havana, when the music of the rumba still calls to her?

England, 2012. Grace has a troubled relationship with her father, whom she blames for her beloved mother’s untimely death. And this year more than ever she could do with a shoulderto cry on – Grace’s career is in flux, she isn’t sure she wants the baby her husband is so desperate to have and, worst of all, she’s begun to develop feelings for their best friend Theo. Theo is a Cuban born magician but even he can’t make Grace’s problems disappear. Is the passion Grace feels for Theo enough to risk her family’s happiness?

From bestselling author Rosanna Ley comes an exotic tale of love, family and friendship set between England and Cuba.

This vibrant and truly fascinating story shares two timeframes and locations. We visit the beautiful Cuba in 1958 where we meet teenager Elisa and we also travel back to the UK where we meet Grace in 2012. Both characters have difficult decisions to make as their lives take them down unexpected paths. Whilst in the beautiful Havana, Elisa falls in love with Duardo the moment they dance their very first Rumba together. However, Duardo’s determination to be a part of the Cuban Revolution looks set to put a stop to their relationship. Can Elisa accept what is going to happen between them? Meanwhile over in England in 2012, Grace is fighting her own internal battles. Unhappy and unsure with the direction her life is taking, she finds herself at a crossroads which could change the course of her life, and that of her families, forever…

For some unfathomable reason, this is the very first book by Rosanna Ley that I have ever read (I know! Shameful!) I honestly have no idea why; because I loved everything about this beautifully written, exotic tale. I loved how the two characters, eras and countries were connected through the story. Both Elisa and Grace were two complex and endearing characters, who I thoroughly enjoyed getting to know, both for different reasons. Elisa is a lovely and hugely endearing character, always putting others needs above her own. I really liked Grace but at times she infuriated me. I often questioned her decisions, but ultimately I cared about her and wanted what was best for her. Rosanna has created such rich, complex characters in this novel. They are believably flawed and their faults go towards demonstrating that they are only human.
Rosanna Ley’s writing really blew me away. It was full of heart, full of detail and I could almost feel the Cuban heat radiating off the page as I devoured it. Rosanna has clearly put a lot of time and effort into researching the country, past and present, and I felt that this added so much authenticity to the story. Her style of writing quickly captured my attention and there was nowhere else that I would rather have been than passionately dancing the rumba with Duardo under the sweltering Havana sun. Rosanna allows the story to unfold at just the right pace, ensuring the story is full of action as she transports you from the sunny climes of Cuba back to the wet and gloomy Bristol. As well as demonstrating the difference between the two countries, Rosanna uses the variations of her characters to highlight the contrast, too. The result is a mesmerizing and passionate story that will completely capture the readers imagination. I loved how strong the themes of love, friendship and the power of emotion are explored within the story. In fact, emotion is one of the key words here as it was something I often felt overcome with whilst reading Last Dance in Havana. Whether that be through happiness or heartbreak, this story and these characters really evoked such strong feelings in me. I think this is possibly my favourite thing about the story and this also goes to show just how powerful Rosanna Ley is with words.

A huge thank you to publishers Quercus for allowing me to take part in their #QuercusSummer book club. 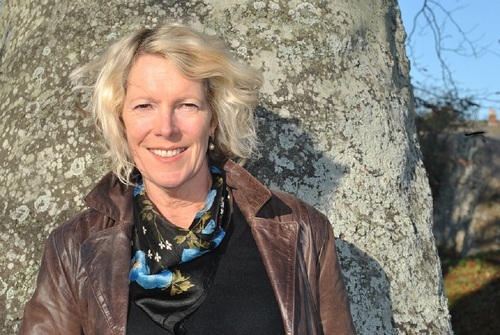 Rosanna Ley has worked as a creative writing tutor for over 15 years. Affiliated to several colleges and universities in England, she also runs her own writing courses in the UK and abroad. She has worked with community groups in therapeutic settings and completed an MA in creative writing for personal development in order to support this. Her writing holidays and retreats take place in stunning locations in Italy and Spain and whilst not teaching or writing she mentors and appraises the work of new writers. Rosanna has had numerous articles and short stories published in UK magazines, and 12 novels of contemporary fiction published in the U.K, Germany, Greece and the U.S.A under a pseudonym. Her books are inspired by the culture and landscapes of Italy, Sicily and the Canary Islands and feature strong female voices from the past and present, along with an intense undercurrent of mystery and romance. Rosanna spends some time every year travelling around Europe looking for writing inspiration and more tranquil settings for writing holidays. She loves cliff walking and her favourite writing place is somewhere with a sea view. When she is not travelling, Rosanna lives with her artist husband in a Victorian cottage in West Dorset by the sea.

One thought on “Book Review: Last Dance in Havana by Rosanna Ley”