Today I am joined by the lovely Nikki Ashton. Nikki’s sixth novel, Cheese Tarts and Fluffy Socks (loving that title!) was released back in January and has received some wonderful reviews. I was delighted to be given the opportunity to quiz Nikki on her writing influences, her love of romance and, of course, her FABULOUS book titles…

Hi Nikki, welcome to Bookaholic Confessions! I’m so excited to have you on my blog today… Would you like to start by introducing yourself…?

Hi Holly, thank you for inviting me onto your blog, I’m really excited to answer your questions.

Well, I guess I should start by saying that I’m Nikki and I’m a romantic.  I’m a Pisces so no surprise there.  I live my husband, David, my two dogs, Millie & Hector, and my mother-in-law, Jean in Cheshire and I spend my time between writing and working part-time as a trainer for a software company.  Writing and training do seem completely at odds with each other, but my job allows me to meet lots and lots of people, so that in itself makes character creation easy.

Can you tell us a bit about your latest novel, Cheese Tarts and Fluffy Socks? (Released 10th January 2016)

Cheese Tarts & Fluffy Socks is my sixth novel – when I say that it still shocks me; I knew I had one book in me, but wasn’t sure about six!  Anyway, this book has been one of my favourites to write because it’s the first I’ve ever written with a dual POV and in the first person.  To say it was a little scary writing as a male is an understatement and my poor husband was continually bombarded with questions.  Some of a rather personal nature it has to be said.

The book is based around a hotel, Darrington Hall, and the relationship between Holly Jenkins, the owner’s daughter, and Liam Robertson, the new manager sent in to save the hotel from ruin.  Holly and Liam have met once before. in shall we say intimate circumstances, so when Liam turns up on his first day at Darrington Hall the sparks that were ignited on their initial meeting continue to be set alight.

Like my other books, it’s a romance that hopefully will make you feel warm inside.  I love a happy ending and I love to make people smile.  That’s my aim with all my books and this is no exception.  There isn’t much angst, or deep meaning, just a lot of love and giggles.

I love the sound of all of your books and I’m particularly intrigued by the fabulous titles! (‘No Bra Required’ and ‘Guess Who I Pulled Last Night?’) How do you come up with such bold, funny titles?

All my titles come from a line in the book, and I choose them carefully for the very reason you have stated; I want them to be bold and funny.  I think that the title, as well as the cover, goes a long way to showing a prospective reader what sort of book it is that they are potentially buying.  This is particularly important with e-books because you can’t pick them up, thumb through and get a feel for them.  So, I like to try and say as much as I can with the title.

Also, my mum says that I have a potty mouth, and can be a little unladylike and inappropriate at times, so I think my titles are probably me injecting a little bit of my personality – according to my mother! 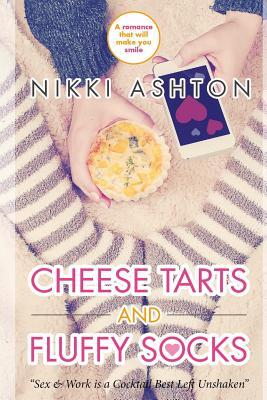 Do you ever base any of your characters on anyone in real life or are they entirely fictional?

I’d like to say that they are entirely from my imagination, but I can’t lie and I do get inspiration from people that I know or meet.  Granny Joan in ‘Guess Who…’ was based on my own lovely nan, who sadly is no longer with us.  She was always getting her words mixed up and could be quite naughty at times, usually when she’d had a couple of whiskies.  And, as I said before, my job allows me to me a whole host of people, so I’m a bit of a Dr Frankenstein and create characters from bits of all of those that I meet, as well as my family.  I will deny it though if anyone asks me, particularly if the character that they think is them is a bit of an idiot.

Who would you say were your writing influences?

For me it has to be Marian Keyes, Fiona Walker and Jill Mansell.  I love how they write books that suck you in and make you feel as though you actually know the characters and want to live in their world.  They all inject humour into their books, particularly Marian Keyes who is an absolute master at it.  I also adore Roddy Doyle as pretty much everything he writes makes me howl laughing.  Two of my favourite things are reading and laughing, so if a writer can make me do both at the same time then their genius makes me very happy.

I also have a lot of respect for some of the new independent authors out there; Chloe Walsh, Samantha Towle, LA Casey and K Bromberg to name a few.  I admire how they can dig deep into some dark places and keep you hooked without making you feel uncomfortable.

Romance evokes lots of emotion in me.  It actually make me a little giddy to be honest, and because I believe in fairy tales and happy ever afters, there really wasn’t anything else I could end up doing but becoming a writer of that genre.  Even as a child I had a crush on Prince Charming and desperately wanted Troy Tempest and Marina from Stingray to get married and have lots of babies (some of your younger readers may need to Google that, but remember I’m a middle-aged woman.)  I even believe that the celebrity ‘love affairs’ that are publicised in ‘Hello’ magazine are going to last forever.  So being able to create my own fairy tales is one of the best things ever.

It’s true to say that due to my idealistic disposition my characters are people that I wouldn’t mind spending time with or, in an ideal world, I would love to be like.  Yes they veer towards the more romantic version of a human being.  The women tend to be pretty and feisty with killer bodies and beautiful hair, while the men…well the men just tend to be hot and sometimes a little domineering, in the best possible way.  Some may say that is a failing in my writing.  After all life isn’t like that – not everyone has the perfect body or a beautiful face and I know that, believe me I do, but I write romance and if you look up a synonym for romance you would possibly find the following:

So, I’m proud to be a romance writer and proud of the characters and stories that I create.  My books will never send you a life changing message, or be thought provoking, or even win a literary prize but they might just make you smile and put a little flutter in your heart. 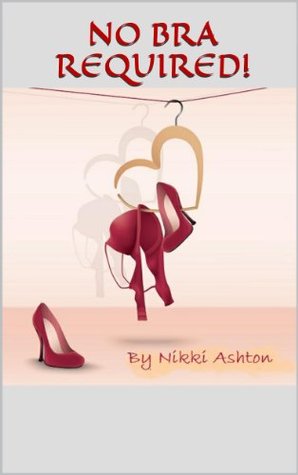 Have you ever experienced writers block? If so, how did you overcome it?

I wouldn’t say that I’d ever had a bad case of writer’s block, but there have been occasions where I’ve looked at my computer screen and thought ‘where do I go next with this?’  However, usually while on a long walk with the dogs something comes to me.  So you’ll often see me trying to hold on to two excitable Jack Russell’s while typing notes into my phone.

Like any difficult situation in life, if you take some time out from it a resolution will come to you.

I think it’s probably my love of reading that instigated my desire to be a writer.  From an early age I was a voracious reader and remember taking my mum’s Agatha Christie novels from the bookcase when I was around nine.  They fascinated me and I loved how they made me feel part of that world.  Then when I was about eleven, we started to study poetry at school, and putting words on paper that people enjoyed reading was such a good feeling.  At High School my love of writing progressed and I wrote a lot of short stories that seemed to impress my English Teacher.  I knew then that’s what I wanted to do.  I just never thought it possible.

Who are your favourite authors and which books have you recently read and enjoyed?

My favourite authors are those that I listed as inspiration to me, but I’ve found that since I’ve been writing I read a whole host of genres and authors.  I like to try things that are different to my own books.  I find they give me a different perspective on how to write, allowing me to bring something different to the standard chick-lit book – at least I hope that’s what I do.  For example the dual POV, in the first person isn’t usual for romantic humour; that’s something I’ve picked up from some of the books that I’ve read recently.

So, to answer your question about what I’ve enjoyed recently:  The Slater Brother series by LA Casey was really good, the Broken Series by Chloe Walsh, and the very beautiful Archer’s Voice by Mia Sheridan.  I read so much though, probably three books a week, that I couldn’t list everything that I’ve read recently that I liked – those are just a couple of the ones that I particularly enjoyed.

I also like to re-read some of my favourite books – A Town Like Alice, by Neville Shute is one of the best books that I’ve ever read, considering it’s age and subject matter it never feels dated, and I’ve probably read it five times.  The same goes for the Barry Town series by Roddy Doyle.  I am actually on my second copy of The Snapper because I’ve read it so often that the original fell apart.

At the moment I’m writing my seventh book, as well as preparing for a girlie trip to Portugal in a few days’ time.  The trip to Portugal may give me so inspiration for book number eight, but book number seven is well under way.  It’s plotted out and I know where it’s going and how it’s going to get there; but you never know what might happen tomorrow to change the route that I’m following.  What I do know is the lead male, Roman, is an extreme Alpha male who likes to take control and can be a little grumpy at times.  The lead female, Summer, isn’t going to be a girl to let him get away with it though, so it will lead to some pretty heated exchanges.

A huge thank you to Nikki for answering my questions. You can get hold of Cheese Tarts and Fluffy Socks here and find out more about Nikki on her Facebook page.