She will change your life forever…

In the south-west of Ireland, rugged mountains meet bright blue lakes and thick forests. Deep in the woods, a young woman lives alone, forever secluded from the world, her life a well-kept secret. She possesses an extraordinary talent, the likes of which no-one has seen before: a gift that will earn her the nickname Lyrebird.

When Solomon stumbles into Laura’s solitary existence, her life is turned on its head. Pulled from her peaceful landscape to the cacophony of Dublin, she is confronted by a world desperate to understand her.

But while Solomon knows the world will embrace Laura, will it free her to spread her wings – or will it trap her in a gilded cage? Like all wild birds, she needs to fly free…

Lyrebird is a thoughtful, deeply moving love story; a story of the wild heart in us all and the quiet that lies underneath the world’s noise.

Tom and Joe Toolin are twins who live in a remote part of Ireland. The pair live a solitary and very unusual existence, so much so that they have even had a documentary made about their unique lives
When Tom dies, filmmaker Bo decides to attend his funeral with her crew, soundman (and boyfriend) Soloman and Rachel. Bo was behind the original successful documentary detailing the Toolin twins lives so she is keen to return to visit Joe and discover how he is going to survive without his twin.
However Bo and her team get more than they bargained for on their return to rural Ireland when they stumble across a young women living in a secluded cottage on the land belonging to the twins.
It soon becomes apparent that there is something rather special about this women, known as Laura. She has a unique talent which enables her to mimic any sound that she hears. There also appears to be an unexplainable connection between  Laura and Solomon.
Having lived such a solitary life for the last ten years, can Laura adjust to coming out of her shell and experiencing life in Dublin? But why, exactly, would she want to? Is her talent for mimicry really all it seems? And what is this undeniable connection she shares with Solomon?

My love for Cecelia Ahern has no limits. She is unquestionably one of my all time favourite authors and I was stupidly excited to delve into her latest offering.
Whenever I pick up a Cecelia Ahern book I know that I’m in for something special, and in all the years I have read her books I can honestly say that she has never, ever, disappointed me. Lyrebird is no exception to this rule because, in true Cecelia-style, it was magical, exciting and utterly beautiful.
Whenever I read a Cecelia Ahern books I am always struck by how uniquely crafted her stories are. There really is no other storyteller out there who measures up for me. Whenever anyone asks me what type of book Cecelia writes, I usually opt for ‘magical tales for adults’ and that’s the best way I can think of describing her novels. They are almost veering into the fantasy genre, only I don’t feel as though just classing Lyrebird as fantasy does it justice because it is so much more. It’s a love story, it’s funny, it’s compelling, it’s warm, it will touch your heart. Really this book needs a whole new genre of its own to describe exactly how magical it is.
The characters in Lyrebird fascinated me. My first impressions of Bo weren’t good; she seemed too driven and cold – only interested in getting her story. From what I could see she had little in common with Soloman and I was worried as to how far she would go to get her story, especially when she discovered Laura and her secret.
Laura on the other hand absolutely fascinated me. As soon as we were introduced to her when Soloman stumbled across her in the woods that day I was desperate to find out more. I was enchanted by her story – the more I discovered about her past the braver and stronger she appeared to me. The way that she works through her problems in order to adapt to her new life is inspiring and made for fascinating reading.

A beautifully written and gorgeously detailed story, Lyrebird will grab hold of your heart and really make you think. I love it when a book can do this and I felt that there were so many messages packed within the pages of this story, some of which will be interpreted differently by different people. It’s one of those rare books that I want to read again, just incase I missed something the first time…

Whether you’re a fan of romance, compelling plot lines, intriguing characters or just on the lookout for something different then Lyrebird is an all important addition to your TBR.

A huge thank you to HarperCollins for the opportunity to review Lyrebird. 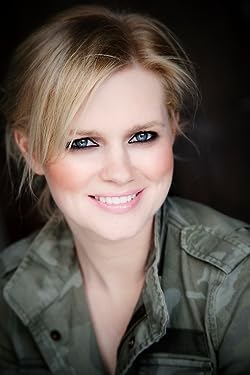 Before embarking on her writing career, Cecelia Ahern completed a degree in journalism and media studies. Her first novel, PS, I Love You was one of the biggest-selling debut novels of 2004 and a number one bestseller. Her successive bestselling novels are Where Rainbows End, If You Could See Me Now, A Place Called Here, Thanks for the Memories, The Gift and The Book of Tomorrow. PS, I Love You became an International box office success, starring Hilary Swank, was a box office hit. Cecelia has also co-created the hit American television comedy series Samantha Who? In 2008 Cecelia won the award for Best New Writer at the Glamour Women of the Year Awards. Cecelia lives in County Dublin.