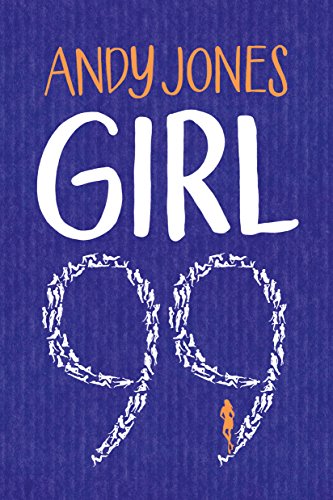 When Tom’s girlfriend walks out on him the day before Christmas, he feels humiliated but not necessarily heartbroken. Sadie wasn’t, after all, The One. If we’re being precise, she was number eighty-five.

And so, for reasons that are only mostly wrong, Tom embarks on a mission to bring his number of encounters up to a nice neat one hundred.

Everything is going, if not well, then at least according to plan…and then Tom meets Verity. Whether she’s The One remains to be seen, but she’s certainly more than just another number.

When Tom kisses another woman at his works Christmas party he decides that coming clean with his girlfriend Sadie is the grown-up thing to do. Whilst that may in fact be the case, it well and truly puts an end to their relationship when she decides to return the favour and their relationship breaks down.
However, this isn’t the end of the world for Tom. As much as he liked Sadie, he knew deep down that she wasn’t ‘The One’.
When Tom tells his friend El of the latest developments in his love life and discovers that Sadie was the eighty-fifth woman that he had slept with, the pair do what any couple of young men would do in a similar situation (I would imagine…) and El makes a bet with Tom that he can’t reach the dizzying heights of one hundred sexual conquests. Tom, however, thinks different. He’s gotten this far…What are an extra fifteen notches on the bedpost?
The mishaps that follow are sometimes cringe-worthy, sometimes hilarious, but always entertaining, as Tom does his very best get to that all-important three digit number.
However, when he meets Verity, suddenly the other ninety eight conquests don’t matter – and she’s the only one that counts for something…But it can’t really be that simple can it? Can Tom really change his ways and face up to the way in which he has been behaving or is Verity destined to be just another number…?

After reading and loving Andy Jones’ other books I was thrilled to learn about Girl 99; it sounded smart, snort-out-loud funny and full of fun and in classic Andy Jones-style it certainly didn’t disappoint.

I will admit to having my doubts about Tom when I first started reading. Whilst I’m sure that there are men out there who have bets with one another about how many women they can sleep with, I wasn’t too sure how I’d be able to relate to a character with this as their objective in book form. However, I needn’t have worried because the truth is that Tom isn’t really like this at all. He’s genuinely a nice guy who just happens to be pretty unlucky in love. He’s actually a really likeable character and it became clear pretty much from the off that this wasn’t going to be some ‘ladish’ type book, detailing all of Tom’s conquests in list-format. Although it could so very easily have become that, it’s credit to Andy’s brilliant storytelling that it doesn’t. In fact this story is full of love, it’s full of warmth and it’s full of heart.

Tom’s best friend El (who you may recognise if you’ve read The Two of Us) is suffering from Huntington’s disease and the friendship they share will leave you with a lump in your throat. This is definitely a softer side of the story that I have come to expect from Andy’s writing and it also contributes towards showing the reader that Tom has a heart of gold really and would do pretty much anything for his family and friends. El’s condition was sensitively written and utterly touching, especially the scenes with his partner, Phil. I can guarantee that you WILL have tears…

I felt that the characterisation in this novel was also really strong. I quickly warmed to Tom despite him getting through his list of women at the rate I would (ideally) like to get through my TBR list…He was flawed and easy to relate to – whether you’re a female or male reader – and he was simply trying to find out about himself…Pretty much like 99.999% of the rest of the population. Yes, there were times when I wanted to slap him round the chops and yes, there were times when he would really frustrate me, but deep down he was a good guy. He deserved to find a girl that was right for him- whether she was number 100 or 500. I couldn’t help but root for him and hope that he would eventually discover what love should be about.
Another character I loved was Tom’s elderly neighbour Doug. I loved the friendship that they shared and Doug’s pearls of wisdom and advice. I was also a fan of Tom’s sister, Bianca. Feisty, smart and unafraid to say what she thinks she was also a joy to read about and contributed to Tom’s journey in her own unique way.
I also love the fact that Girl 99 can be read and enjoyed by anyone – male or female. This is such a rare quality, particularly for humorous romance, yet I feel as though Andy Jones has achieved this with ease. Whilst some female readers might be shaking their head in despair and reading those cringe-ier moments through their fingers, equally male readers would undoubtedly nodding their head in agreement and relate to the story in many different areas.There still seems to be a shortage of chick-lit written from a male perspective and this is something which really needs to change. Not only do I love it as a genre but I also find it fascinating to see the story play out before me from a male point-of-view. We need more authors like Matt Dunn, Jon Rance and Andy Jones because their novels have something just that little bit unique. Often spit-your-tea-our hilarious, candid yet poignant and touching at the same time, these are the types of books that I can never get enough of. My favourite part of the story was definitely what happened at the end…I don’t want to give too much away but the scenes in which Tom attempts to put right his wrongs were smart and brilliantly written.

Girl 99 is a really refreshing and unique read. I love how Andy combines the lighter yet more complicated side of relationships, humour and more serious matters all at the same time. This is definitely a book that will have you laughing then bawling from one page to the next. It’s full of depth yet has that distinctive sense of fun that I have come to expect from an Andy Jones book.
Enjoyable, touching, heart-warming and above all, honest. Girl 99 is one not to be missed.

A huge thank you to Andy Jones for the opportunity to review.