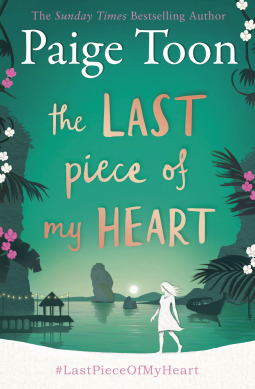 What’s the Story?
Meet Bridget, a successful travel journalist with ambitions to turn her quirky relationship blog into a novel. But, after numerous rejections from publishers, she accepts an alternative proposition: Nicole Dupre died leaving behind a bestselling novel and an incomplete sequel, and the family need someone to finish it. Bridget is just thankful to have her foot in the publishing door. But as she gets to know Nicole’s grieving family, and the woman behind the writing, Bridget’s priorities begin to change.

Despite her blogs success, Bridget’s long-term plan was always to write a book about her experiences following this unique idea…So when she is first offered a publishing deal she is overjoyed – however, it’s not in the concept that she had first anticipated.

Bridget’s agent offers her a job as a ghost writer for the follow up to the hugely successful novel written by Nicki Dupre. Heartbreakingly, Nicki passed away not long after publication of her best-selling novel leaving behind her loving husband, Charlie and gorgeous baby daughter, April. Readers are crying out for the sequel and the responsibility to discover what Nicki had in mind for her characters now lies with Bridget. Gulp…
To write the sequel Bridget must temporarily move down to picturesque Padstow where Nicki resided with her husband and daughter and spend seven weeks researching Nicki’s plans for the novel by trawling through her notes and diaries in order to pick up where she left off. (This also involves spending seven weeks living in her Dad’s camper van, Herbie, which doesn’t even have a toilet. Eeek…)
As Bridget begins her research, sudden similarities start to appear between Nicki’s life and that of her characters. Then, as her relationship with Charlie and April also begins to develop, things suddenly seem a whole lot more complicated than Bridget initially thought…

I’ll gladly admit to being a bit (read: a lot) of a Paige Toon super fan. There is just something special about her books and I know I’ve always guaranteed a jolly good read when I get stuck into one of her novels.
The Last Piece of My Heart was no different. It pretty much had me hooked from the off. I was so intrigued by the synopsis; and whilst I thought Bridget’s concept of getting the pieces of her heart back was a fantastic one, I was most excited to see how she was going to pull off writing a sequel to a best-selling novel (especially one that the original author had already started to formulate.) No pressure, right? As much as this was an amazing opportunity for Bridget, it must have also been incredibly daunting going into Nicki’s home, continuing her research and aiming to pick up where she left off.
This then brings me to Charlie and April. The story of how they lost Nicki absolutely broke my heart (there may have been tears…possibly…Ok, there were. Don’t judge me.) Whilst Bridget’s relationship with both Charlie and April is rocky to begin with (she is not a baby-person…) it soon became clear that a strong friendship was destined to develop between the three of them.

We NEED to talk about Charlie. Excuse me whilst I fangirl. Paige has created a totally swoon-some character in Charlie. Handsome yet extremely thought provoking, Charlie grabbed a hold of my heart and refused to let go. Becoming a widow at such a young age and finding himself the sole parent of a baby girl, Charlie’s story will undoubtedly choke you up, but the fact remains that he was such a complex, kind, caring, vulnerable character. Whilst caught in the depths of grieving for his wife, he also has the inclination to begin to move on with his life but at the same time feels as though he can’t. It’s such a heart wrenching situation and I feel as though Paige Toon portrayed Charlie in such a gentle and sensitive way so that you can’t help but warm to him. I found myself deciding what was best for him and I wasn’t willing to rest until he saw it for himself…Watching him attempt to piece his life back together makes for heart-wrenching yet happy reading and I know for certain that he is a character who I won’t forget in a hurry. Plus he rocks a bandana.

Bridget also makes for a wonderful lead character. Ambitious, enthusiastic, funny, warm and extremely adventurous, we bonded quickly and I loved how she was determined to follow her dreams no matter what. The way she handled living in a camper van with no wardrobe for seven weeks was also pretty admirable.

The range of characters in the novel was fantastic, even the supporting characters made an impact, particularly Charlie’s brother (however I was less keen on Kate and Valerie.)

One of my favourite things about this novel was undoubtedly the setting. Paige Toon has this knack of really bringing places to life for me through her writing, and it just so happens that Bridget gets to visit some fantastic places for her research, which we as readers then get to hear  about and envisage. Whether it be Thailand, Cornwall or even London, you will find yourself transported to the scene taking place before your very eyes with ease and I love it when a novel can do this for me.
Naturally, I also need to talk about the romance aspect to the novel. It was sensitively and realistically portrayed. As a reader you can reach your own conclusion as to what you think should happen but I made my decision quite quickly and Paige certainly didn’t disappoint with the way in which things turned out. Paige captures the passion and emotion between characters perfectly and this is something which I have found from reading some of her previous novels. She brings her characters to life so well and as a reader you feel as though you are experiencing their emotions alongside them.

Whether you’re new to Paige Toon or not, The Last Piece of My Heart is an essential addition to your summer reading list. Just be prepared to laugh/cry/swoon along the way.

A huge thank you to publishers Simon & Schuster for the opportunity to review The Last Piece of my Heart.