In celebration of the fabulous HarperImpulse fortnight which kicked off yesterday (you can find out more on the lovely Katey’s blog; Books with Bunny) I am delighted to have been given the opportunity to quiz one of my all time favourite authors – Erin Lawless. Erin chats about her new novel, Somewhere Only We Know, why she loves being a HarperImpulse author and gives us some exclusive news about Book #3!

Hi Erin, a big, warm welcome to Bookaholic Confessions! Thank you so much for participating in this interview to celebrate Harper Impulse Fortnight. Would you like to start by introducing yourself…?

Thank you for having me! Me being Erin Lawless: writer of romance, blogger of history, Instagrammer of selfies, drinker of wine.

I am MASSIVELY excited about your new novel, Somewhere Only We Know. (released 11th June 2015) Can you tell us a bit about it?

I’m massively excited too! Somewhere Only We Know is the story of Alex, who doesn’t have much of a life, and Nadia, whose life is about to change forever. When we meet the former he’s downtrodden and lonely, pathetically hankering after his flatmate’s girlfriend, passive-aggressively hating his job and not really doing too much of anything. Conversely, Nadia is a happy-go-lucky social butterfly, but in a bit of a panic about the fake boyfriend she made up in an attempt to stall her deportation back to Russia. The two meet, clash then click – and Nadia decides to take Alex under her wing and show him the city he’s taking for granted.

I can’t wait to become acquainted with Nadia and Alex. What was the inspiration for the storyline behind Somewhere Only We Know?

One of my best friends is a Russian national and – whilst she’s been in the UK since she was a little girl – for years I’ve watched her battle against deportation. The sadness of it, the injustice, it just filled me up and the only way to get it out was apparently to write a romantic comedy! Another big driving force behind Somewhere Only We Know was the fact that I became “displaced”, having to move out of London for my husband’s job. I look back on the city with massively rose-tinted glasses now I’m safely ensconced in the Cotswolds, and so Somewhere is also my love letter to London and the early/mid twenties life I had there, much in the same way that my first novel was to my university years. 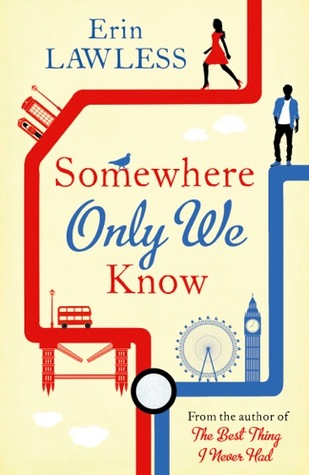 Are Nadia and Alex completely fictional characters or are they based on anyone in real life?

I do try really hard not to base my characters off real-life counterparts, but sometimes aspects do sneak in! Nadia is, like my real life best friend, an absolutely superb woman, strong and positive in the fact of any crap. And Alex, weirdly, is a little like me (even my editor at Harper thinks so!) – we all have those moods where we just want to stay in our pyjamas and play video games, right? Right?? But really I have used the same approach that I did with The Best Thing I Never Had – I started writing with character archetypes, almost as placeholders, and eventually they became their own people. It’s an approach that has always worked really well for me!

Your last novel, The Best Thing I Never Had has been hugely popular and was awarded some fabulous 5* reviews. How did it feel to have your book be so well received?

I’m still pinching myself. I had absolutely no expectations of bestsellerdom – I was just ecstatic that I’d been picked up for a book deal at all! When the Kindle book hit Amazon chart heights, I had to go into the disabled toilets in my office and jump up and down on the spot for about five minutes. When I saw the Best Thing paperbacks sitting happily on the shelves at my local Tesco I wanted to dance around the store and sneak them into people’s baskets. Every time I meet someone who tells me they’ve read my book I feel the urge to hug them (and ask them if they were Team Harriet or Team Leigha, naturally). They say “professional” writers don’t pay any attention to their rankings or their reviews, but I note, read and am profoundly grateful for every single one (even the mean ones).

I’m incredibly proud to be a part of this innovative and exciting imprint, as well as having the prestige and gravitas of the larger HarperCollins behind us. It’s a bit of a cliché, but Harper Impulse really is the best family. The staff at Harper, the other authors, the bloggers who support us – all wonderful, wonderful people. Plus I have yet to read a Harper Impulse title I haven’t really enjoyed (and I’ve read an awful lot of the catalogue).

What do you think you’d be doing if you weren’t a writer?

Sadly I do have a “day job” as well as the writing – I work in law. Not the sexy, Ally McBeal or Drop Dead Diva sort of law unfortunately – but I’m allowed to wear jeans and we have an open bar in our office, so at least there’s that! 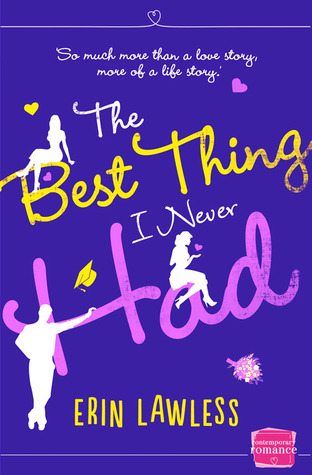 I read pretty much everything depending on my mood! I do have a weakness for historical fiction and fantasy novels – maybe one day I’ll write my own Game of Thrones epic series?? Favourite authors include Elizabeth Chadwick and Barbara Erskine (for history); Sarah J Maas and Julie Kagawa (fantasy); Mhairi McFarlane and Sarah Addison Allen (contemporary).

You’re going to get a bit of an exclusive, as nobody has asked me this question yet! I’m having a bit of fun with Novel #3. We’re a way away for me to say all that much, but it’s my first novel with first-person narrative and only one “narrator”, so that’s proving quite different and exciting! It’s a romcom all about the fall-out after a couple decide to make a list of all the celebrities they’re allowed to sleep with. Let’s just say one half of the couple takes it more seriously than the other…

A huge thank you to Erin and to Katey from Books with Bunny.♥

Click here to pre-order your copy of Somewhere Only We Know.

She lives a happy life full of wonderful friends, in love with a man who buys her books instead of flowers. To mix things up a little, she write books where friends and lovers hit obstacles and (usually) overcome them. When she’s not doing that she’s reading absolutely everything she can get her hands on, spending an inordinate amount of time in pyjamas and running a fun-but-informative blog on British history.