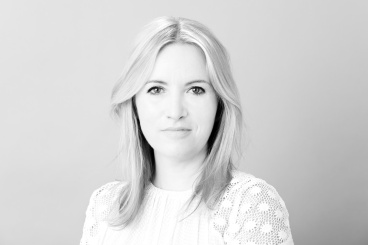 It felt quite natural to make the protagonist in Lethal Profit and Killing Eva a woman. I had a strong desire to create a female lead that I had some sort of affinity with. I’ve been an avid crime and thriller reader ever since I got my first library card but all the way through my teens and 20s I was continuously irked by the characters I was presented with. Women always seemed to be victims, love interests or battered prostitutes. Not that I didn’t enjoy the male characters but I longed to see a broad in there doing the fighting, solving and saving too.

What I wanted was a female in a main role who might notice the print on a stranger’s shirt in one chapter and then grapple with a conspiracy plot of epic proportions in another. Because that’s what (I think) I would do. Instead, I often encountered strange hybrids – ostensibly female characters with mostly male characteristics. Or there would be overcompensation to a huge degree, resulting in cartoonish caricatures of women, stereotypes that were slightly frightening – hyper violent, hyper sexual, or super psycho, your average woman on amphetamines and whiskey.  But rarely a woman who was ‘real.’ Thankfully, the last decade has seen great leaps in female character development, which makes fiction a better read for everyone, whatever your gender.

I wanted Eva to be likeable, but also not. She’s a bit pretentious, for example, and she’s dating a man she doesn’t really like but she doesn’t take the trouble to tell him, she just vaguely mistreats him.  She’s far from perfect or sympathetic all the time. This feeds into the idea of a ‘real’ character but also because I think it’s a mistake, in fiction or in real life, to pigeonhole people. We are all more than one thing, depending a lot on our experiences, and you so rarely see a female character with real flaws – the kind we like to pretend women don’t have. I like that Eva can be quite aggressive, humorous, a predatory flirt, reserved, nervous, empathetic, driven, melancholy, vicious, controlled and totally reckless.

Inescapably, Eva has elements of me in there – mostly me in my 20s, who you would have most likely run into working all hours in the City or staying up all weekend. Although, I must stress that I have never killed anyone or forced my way into a West London home by violent means. And obviously she’s not wholly me – that would be dull and overexposing – so she’s also a complex combination of people I know, and have known, and characteristics pulled from who knows where.

As a result of making her ‘normal’ (i.e. not a spy or police person) Eva isn’t trained to do what she ends up doing. I like that but there was, of course, a danger of creating a character who was a civilian but who could suddenly produce ninja moves and was totally immune to the horror of violence. Eva uses her instincts and that’s what steers her through the situations she ends up in, and she really suffers for everything she sees and experiences. Yes, to a certain extent you have to suspend belief about a character’s attributes and abilities when you’re reading fiction but I hope I’m not making that leap too wide for my readers – it’s something I’ve thought about a lot.

I love her instincts

The instinctive quality in Eva was very important to me. Instinct is so powerful and I wanted a character who could use hers, even if she didn’t realise she was doing it. I don’t think many of us can hear our own instincts, I certainly struggle to get a peep out of mine during busy or stressful periods. But pretty much all my good decisions have come as a result of that influence so I think it’s entirely believable that someone could be very attuned with that internal compass and survive a lot as a result.

Finally, I like the fact that Eva is relatively young.  She’s got to that point in life where she’s just starting to experience a bit of disillusion, to wonder how she will get to where she wants to go – or even where that is. But she’s still got an element of blank canvas to her, which I enjoy because you don’t quite know how she’s going to react or what she will do next. Maybe she’ll end up dedicating herself to a life of espionage and shadows or perhaps she’ll launch a start up selling socks. Who knows. But one thing you can guarantee is that whatever she does, trouble will most likely follow…

Killing Eva by Alex Blackmore is published by No Exit Press, £7.99 paperback and ebook. Click here to get hold of your copy.

A huge thank you to Alex Blackmore and to Becke from pr collective.

…And don’t forget to check out the AMAZING trailer for Killing Eva!