I am thrilled to be able to share an interview with the lovely Fiona Valpy today, author of the brilliant ‘The French For…’ series. Fiona’s latest book, The French For Christmas is out on the 3rd October 2014 (get hold of your copy here) and I absolutely adored it, my review will be up tomorrow. Here Fiona tells us about what she loves about living in France, why she decided to write a Christmas novel and what’s so special about romance and happy endings…

Hi Fiona, a huge, warm welcome to Bookaholic Confessions! Thank you so much for participating in this interview. Would you like to start by introducing yourself…?

Thank you, and thanks so much for having me! I left behind a nice, safe job with a nice, safe salary and moved to France with my husband about seven years ago. We have two grown-up sons (who pop in from time to time), three very friendly cats (who don’t move very far from the fridge) and a surprisingly large number of friends and family (who all come and stay with us in the summer).

We came here thinking we’d buy a wine farm but, luckily for us, sanity prevailed and we’ve ended up doing other things instead… (I do still make a point, though, of supporting our local winemakers through loyal and unstinting consumption of their products wherever possible: a tough assignment, I’m sure you’ll agree). I now teach yoga, and was also inspired by our experiences of moving here to begin writing. That leap into the unknown was a good catalyst to make me try things I probably never would have dreamed of doing otherwise.

Can you tell us a bit about your latest release, The French for Christmas (released 3rd October 2014)?

With pleasure! Some reviewers have commented that it’s a bit different from the usual seasonal chick-lit, and they’re right in that the book does tackle some very painful subjects, especially dealing with grief and anger. But at the same time I’ve tried to capture the beauty of the French countryside (even without the summer sunshine) and to highlight what, for me, are the things that are really important at Christmas: family, and offering kindness and support to others. I hope it has something for everyone – a lovely festive read with a bit of depth too.

The French for Christmas is the third book in your ‘The French For…’ series. Can you tell us a bit more about 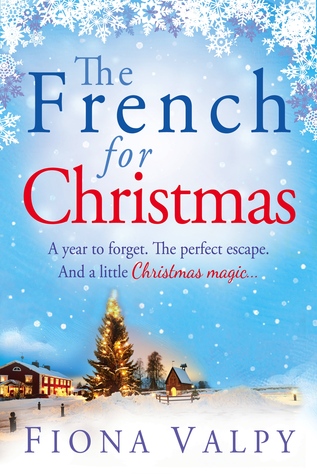 the other books in the series?

They are a trio of books, each of which can be read as stand-alone novels but which are also loosely interconnected through some of their characters and through their setting in south-west France. Living in a tight-knit, rural community has made me realise how everyone knows everyone else and how much support there is, even if a lot of it is under the radar. In ‘The French for Love’, Gina unwittingly becomes part of the community and finds love where she least expects to; and in ‘The French for Always’, Sara finds out just how strong she really is when she is confronted by adversity – with a little help from her French friends too.

What all three books have in common is that they are about being in a foreign culture and finding out a lot about yourself when you see life through that lens. But, no matter what challenges are thrown in their paths, all my heroines have romantic encounters along the way as well – I’m all for romance and happy endings!

After the huge success of The French for Love, did you find it difficult writing the second book in the series, and then of course, the third?

It’s strange because when I wrote the first book I didn’t have any others planned, and there were times when I couldn’t imagine being able to finish one book, let alone three. But the characters really came alive for me and suddenly I found they had other stories that needed to be told. I have ideas for more to come as well – it’s as if each story leads me to the next.

What made you decide to write a book based at Christmas? Are you a fan of Christmas novels yourself?

The first two books were very much summer reads (although lots of readers have said how much they’ve enjoyed reading them as an escape from dreary winter days too) and so I thought it would be a good contrast to write about the local area out of season, the side that people who come for summer holidays don’t see. But the importance of community can be even stronger then and there’s always the sense that another beautiful spring and sun-filled summer are just around the corner… And yes, I love Christmas novels – but then I love most novels as I’m a total binge-reader! 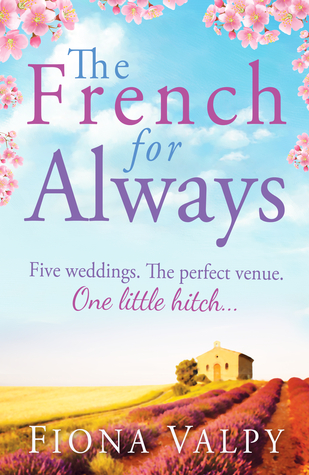 It must be amazing to live in France. What’s the best thing about where you live and why did you decide to make the move from the UK?

It’s a really beautiful place to live. Before we moved here I’d always been a city girl so I wasn’t sure how I’d take to living in the depths of the countryside but I LOVE it! I like the space and the peace and the natural beauty that’s all around us, and all of that has helped inspire my writing. We took the plunge of moving from Edinburgh (all those long, grey, Scottish winters!) once our two sons had grown up, as my South African-born husband was desperate for some sunshine. We both love wine so thought buying a wine farm would be a good idea but, just as we made the move, merrily burning our bridges behind us as we went, the world’s economy slid out of control as the recession began to bite and so we had to change our plans in mid-stream. So instead of risking our life savings on something that we knew nothing about, in an industry which is in crisis here in France, we erred on the side of caution and bought an old, rambling farmhouse, without any vines. We did a lot of the work on it ourselves. And then real-life dawned and we had to find other ways to make a living here…

As well as being a fantastic writer you also teach Yoga. What made you decide to take that up?

I’d been a yoga practitioner for about ten years before we moved to France. So after our plans changed, I decided to gain a yoga teaching qualification and I now have a lovely lot of students. It’s been a great way of making new friends and becoming a part of the local community. I teach classes in both French and English – the French ones are very good for keeping the brain fit too! 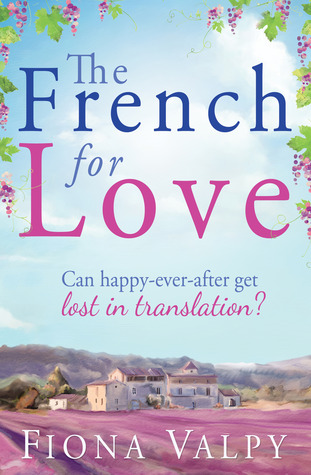 I sent my first novel to lots of agents – and received lots of rejection letters! Then I read an article about self-publishing and decided to try that route. But once all my friends had bought it, and my Mum had persuaded all her friends to buy it, sales petered out. Then I heard about Bookouture, a new publisher who was accepting manuscripts so I contacted them. And they said yes. (Yippee!) And then they said, but you have to re-write it. (Aargh!) So – with a lot of help and advice from their very professional team – The French for Love was published in summer 2013. And the rest is history!

I’m an avid reader and usually have a large stack of books piled up on the bedside table with my Kindle teetering on the top. I love women’s fiction, mostly contemporary, although Jane Austen is definitely one of my all-time favourites. At the moment I’m reading Joshilyn Jackson’s new novel, ‘Someone Else’s Love Story’, and I’ve just finished Jojo Moyes’ ‘The Girl You Left Behind’ and M.L. Stedman’s ‘The Light Between Oceans’. So a very eclectic selection in terms of both time and place! I love anything that delves into the complexities of relationships and what makes us tick; all that messy, emotional stuff that makes us who we are.

And finally – can you tell us a bit about what you’re working on at the moment?
I’m in the planning stages for my next books and have several ideas – all involving France of course! So watch this space…

A huge thank you to Fiona for participating in this interview and to the lovely Kim from Bookouture. ♥