Oh, dear! I’ve just read what I’ve written – that the things I like best about Christmas are my family’s traditions – and it reads like a giant cliché. But cliché or not, it’s the truth.

The outgoing year will have brought new experiences – some foreseen; some unforeseen: some happy; some sad. The forthcoming year is still a blank sheet above which hover our hopes and expectations. A Christmas built around traditions, some old and some new, is an annual anchor in lives that seem to be increasingly turbulent and complex – an annual recharging of the batteries, if you like.

Tradition 1. Because the best thing about Christmas is being together, we keep the focus on the people and don’t open our presents until late in the afternoon, after we’ve had the dinner, cleared away and had tea and Christmas Cake. Only then, do we hand out gifts.

Tradition 2. This is a relatively new tradition. Four years ago, my son cut out a stocking under the guidance of his wife,

sewed the pieces together and decorated it with beads. Then my sons and their wives together filled the stocking with presents for me and gave it to me on Christmas morning. Since then, they’ve done this every year.

Tradition 3. For the past fifteen years, a small robin has always been the first thing placed on the tree. I’ll explain.

Robin had belonged to my mother as a child, and she liked to see it on the tree every year. My sister and I didn’t. Even with tinsel we didn’t find Robin glittery enough, and we didn’t like the wires on his feet that helped him to grip the branches, making him look like Robin Scissorhands, so we used to squeeze him into the fork between two branches. Even after my mother had passed Robin on to me the Christmas after our first son was born, we continued to hide him away in the tree.

My mother died on Christmas Day sixteen years ago, and for the past fifteen years, Robin has been the first ornament to be placed on the tree, tinsel-free and in pride of place. This is a happy way of remembering my mother at Christmas, and it makes us all feel that she is still very much a part of our Christmas.

Those are three of my favourite traditions. Thank you very much, Holly, for letting me share them with your readers. May I wish you and all of your readers, a very Happy Christmas, be it traditional or otherwise.

Lots of Christmassy love and thanks to Liz for her beautiful post. ♥ 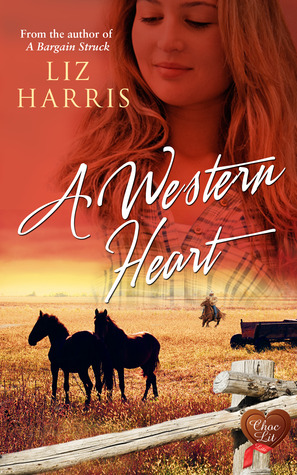 After graduating in Law in the UK, I moved to California where I led a very varied life – from cocktail waitressing on Sunset Strip to CEO of a large Japanese trading company. Upon returning to England, I completed a degree in English and then taught for a number of years before developing my writing career.

I have a story in each of the two Choc Lit anthologies: ANGEL CAKE in Choc Lit Love Match, and CUPCAKE in Kisses & Cupcakes. Each anthology is a collection of short stories by Choc Lit authors, with a recipe for each story