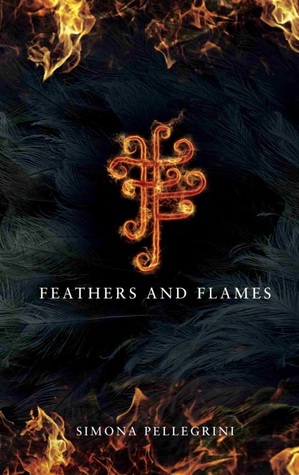 Seventeen-year-old Arianna is a kind of genius, with an insatiable appetite for science and a rational explanation for everything. How, then, could a ‘brainiac’ like her accept that she is in fact the Angel of Light, and is being hunted down by one of the Seven Princes of Darkness? Angels and fallen angels form an unlikely alliance to protect her and train her for the battle ahead; but no matter how hard they try, none can get past her rational barriers and make her fully commit.

None of them except Keaghan Blake, the blue-eyed demon charged with her protection. Keaghan seems to be the only one with the power to tear down the fortress around Arianna’s heart and persuade her to take her rightful place in the fight against evil.

But Keaghan isn’t just ‘any’ demon, and Arianna learns that getting close to him would have catastrophic consequences for her, and would jeopardise the entire mission. Then why can’t she stay away from him? The ‘brainiac’ knows what she ought to do. But will Arianna listen to her head, or will she fall into temptation?

Arianna has always known that there was something unusual about her. After suffering with severe anxiety, chest pains and regular nightmares, Arianna assumes she has some kind of severe mental health disorder because she can make lights switch off by themselves and close doors without touching them.
However, not long before Arianna’s eighteenth Birthday and after she lives through a near-death experience, it is revealed that Arianna is no ordinary teenager. Ohhh no. In fact, she’s the ‘Angel of Light’.
Arianna who is extremely brainy, rational and believes there’s a logical explanation for everything, struggles to come to terms with the fact that she’s half human and half angel. And that’s not the only surprise…Her close friends are also in on the whole thing and are angels too (or ‘Feathers’ as they’re referred to) but the worst thing of all is that Arianna is in great danger. One of the seven Princes of Darkness, the evil Morfran is after her and it also turns out he is connected with the fire which killed both of her parents when she was a child.

Arianna is being protected by her fellow ‘Feathers’ and even the Fallen Angels (Known as Flames) are helping to keep her safe. However, there’s something special about one of these Flames. Keaghan Blake is a devilishly handsome demon who has been put in charge of letting no harm come to Arianna. As she progresses through her angel training in preparation to fight Morfran, Arianna not only finds herself struggling to switch off her human-side and become a fully-fledged angel, but she also finds herself growing worryingly close to Keaghan. However there’s no way that an angel and a demon can be together, it’s forbidden and against the rules. And there’s no way that an angel can break the rules. Is there…?

Confession time – this is one of the first Young Adult Fantasy novels I’ve ever read. I’m not sure why, it’s just a genre that I haven’t really paid that much attention to. Until now.
Feathers and Flames has opened my eyes to this genre, because this novel was completely spellbinding!
Arianna’s narration had me hooked right from the off. She makes for a fantastic lead character and she’s someone you’ll easily be able to relate to. The story is all the more exciting for being able to see things through her eyes as they happen. You’ll be scared along with her, excited along with her, confused along with her and you may possibly fall in love with Keaghan Blake along with her, too. She’s wise, engaging, and has a cracking sense of humour. One of the things I loved most about the story is the way in which she re-acted to being told she’s an angel. It kind of feels like when something like this happens to a character in a film or on TV they’d just accept it, don their halo and taa-dahh – fully fledged angel. Adrianna’s reaction to becoming an angel is REAL. She’s not sure it’s what she wants, it doesn’t come easily to her and darn it – she has to do a heck of a lot of exercise and meditate to classical music. What seventeen year old would be up for that!? I’m guessing not many…
Whilst I didn’t feel as though I bonded a great deal with Arianna’s friends who were protecting her – the one character I did adore was Bruna. She is actually a Fallen, but she becomes close to Arianna and I enjoyed reading about their friendship. Of course, I loved Keaghan too; although I could never quite suss him out. He certainly kept me guessing but the chemistry between him and Arianna is sizzling and so well written.
I was completely enchanted by the world that Simona Pellegrini has created here. When I was reading Feathers and Flames as far as I was concerned everything was real. Keaghan’s eyes when they turn red, Arianna’s horrific nightmares and the terrifying demon that we meet at the end of the novel, Set.

Talking of endings- I am desperate for book 2 (there will be a book 2. Right? Please? PRETTY PLEASE!?) I need answers to all of the millions of questions I have flying around my head right now and a second book in the series is the only thing that will suffice…

Once you pick up this novel, real life will cease to exist for a couple of hours. You will have such a job putting it down and be desperate to know if Arianna is ready to take on this massive challenge that she suddenly finds herself facing. It’s exciting, scary, tense and full of imagination.

A massive thank you to Simona Pellegrini for sending me a copy of Feathers and Flames to read and review. ♥

I was born in Italy, on the beautiful Neapolitan Riviera. Though I was born in Naples, I spent most of my childhood in the small town of Vico Equense, near lively Sorrento. I was always a very imaginative child and I grew up with an insatiable appetite for music, drawing and above all writing. I wrote my very first fantasy short story when I was twelve.

I studied Foreign Languages and Literature in Italy and moved to England in 1999. I live in Lancashire and am currently preparing the Feathers and Flames sequel for publication while working on the third book of the series. The story of Feathers and Flames began to take form during a visit to York Minster. From that day all I could think about were angels and demons. Within a fortnight, I had created a world populated by mystical yet credible characters. Three months later, I had drafted the whole series from beginning to end.