I am delighted to kick off the official blog tour for the WONDERFUL Redemption Song by the lovely Laura Wilkinson. Released today with Accent Press, Redemption Song is a gorgeous, emotional and highly addictive novel from Laura. My review will follow later today but let’s kick off proceedings with a good old author Q&A… 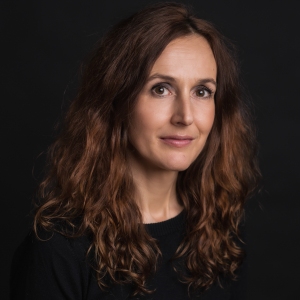 Hi Laura, welcome to Bookaholic Confessions! I’m thrilled to have you on the site, thank you so much for participating in this interview. Would you like to start by introducing yourself…?

Thank you for having me. I’m delighted to be here. Me? I’m a reader, a writer, a mother to two boys and a wife. I grew up in north Wales and after studying for a degree in literature I moved to London. There, I worked as an actress. When I got to thirty-ish and hadn’t won an Oscar (!), and wanted children, I changed career and moved to Brighton… At first, I worked as a journalist and copywriter, so words with a smidgeon more fact than fiction (only a smidgeon) and I was the commissioning editor of hagsharlotsheroines – an e-zine with a focus on literature for women. I have always been a passionate and voracious reader so while I didn’t always want to be a writer, perhaps there’s a sense of inevitability that I might one day turn to it. Having said that, I appreciate how incredibly lucky I’ve been to see my work published. It’s a privilege to have people read my stories.
Can you tell us a bit about new novel, Redemption Song (released January 2016) with Accent Press?

Sure. It’s a story about love, forgiveness, how we come to terms with deeds we’re not proud of, and err, redemption! Early readers have described it as poignant, thought-captivating and full of hope. Here’s the official blurb:

If you lost everything in one night, what would you do?

Saffron is studying for a promising career in medicine until a horrific accident changes her life for ever. Needing to escape London, she moves to the Welsh coast to live with her mother. Saffron hates the small town existence and feels trapped until she meets Joe, another outsider. Despite initial misgivings, they grow closer to each other as they realise they have a lot in common. Like Saffron, Joe has a complicated past…one that’s creeping up on his present. Can Joe escape his demons for long enough to live a normal life – and can Saffron reveal the truth about what really happened on that fateful night? Love is the one thing they need most, but will they – can they – risk it?

Redemption Song is a captivating, insightful look at what happens when everything goes wrong – and the process of putting the pieces back together again.

As a huge fan of your writing it’s fair to say I am rather excited about reading Redemption Song! What inspired you to come up with the storyline?

Ah, that’s so kind. And yikes, I hope you’re not disappointed!

The maxim ‘Forgive and Forget’ has always troubled me. If we forget the ‘bad’ deeds – those done unto us and those we do unto others, then how are we to learn from such mistakes? For me, forgiveness is really, really important because it’s so closely linked to love and without it we can become stuck, bitter and vengeful. Without forgiveness and love, we’re unable to move on and we are in danger of damaging ourselves further. Like everyone, I’ve done things I’m ashamed of and I find the process of forgiving myself extremely difficult – I have a tendency to beat myself up over relatively minor transgressions. I wondered what it might be like for someone who has done something which, to their mind is truly terrible (though it might not be seen that way to others) and how they might journey towards forgiveness and the chance to love again. I fear this makes the novel sound rather worthy, but I hope I’ve explored this issue with a light touch, and laughter and hope along the way!

How long did Redemption Song take you to write?

About a year. Five months for the first draft; another seven or so reworking sections, fine-tuning and so on. There’s also been additional work with my fabulous editor too of course.

Are the characters in your novels entirely fictional or are they ever based on anyone in real life?

They’re always fictional; I’m far too cowardly to base any of them on real people. I would hate to offend. That said, I have borrowed the backstories of one or two minor characters from family members. On the whole, my characters tend to be composites – right old mixtures of qualities I’ve observed in others, my own world view and experiences, and attributes that spring from the characters themselves during the writing process. It’s magical when that happens and as an author I know I’ve truly found my characters when they start misbehaving and acting in ways I didn’t expect or plan for.

I couldn’t help but sneak in a question or two about your previous novel, Public Battles, Private Wars as I absolutely LOVED it (it was one of my favourite books of 2014!) What made you decide to write a book focusing on the Miner’s Strikes of the eighties?

Thank you – I was ridiculously pleased about that placing on your favourite books of 2014. Initially, I didn’t set out to write a book set against the backdrop of the strike. I was researching the period for another story idea when I came across a photograph of a group of young miners’ wives marching down a suburban street.  They looked so purposeful and proud and happy; it contradicted my preconceived ideas about the strike. I looked into it in detail (my knowledge was relatively scant) and I realised that there was a story there – a woman’s story of hard times and empowerment and self-discovery; a ‘rising star’ story. There is a wealth of information on the strike – and the women’s role – but the vast majority of it is non-fiction. Before I began Public Battles, Private Wars, I could find only three novels on the strike and they were all written from the male perspective. I decided to redress the balance. Plus, Mandy (my lead) had started ‘talking’ to me and she was very insistent; I loved her immediately so how could I refuse?

You must have put in a huge amount of research when writing the book. How did you go about doing your research?

I did. Because the strike was a real event from recent history and there are plenty of people still around who remember it well, it was extremely important to me that the fiction had a strong sense of authenticity. I read gazillions of articles and reports online and off; I looked at hundreds of photographs; I read a number of books: true accounts and diaries of people involved (men and women), journalistic and analytical books about the strike, the economics and politics surrounding it; and I talked to a number of women who were involved in the action groups and demonstrations and so forth: left wing activists, miners’ wives, girlfriends and daughters. And then I tried to forget it all because in fiction you need to wear your research lightly. Readers desire an emotional connection not an essay; I had to let the characters tell their story in their own way.

What tips would you give to any aspiring authors out there?

Read, read, read. And read some more. Read within your chosen genre so that you understand the tropes and conventions, and read outside of it too so that you’re open to experimentation, new ideas and approaches. Practise, practise, practise. Writing is a craft – you need to put in the hours. Glue your bum to the seat, fingers to the keyboard. Gather good, honest beta readers; not your mum because she loves you and she’ll say it’s brilliant even if it’s a load of old tripe. Learn to take criticism on the chin and keep learning and believing. A difference between published and unpublished writers is tenacity.

What books do you enjoy reading and who are your favourite authors?

Oh, that’s hard to answer because I read such a variety. I took a glance at my bookshelves to help me with this and though there are plenty of the classics, psychological thrillers, crime novels, romances, the odd literary novel, the majority are what you’d call women’s fiction. Favourite authors? Phew, again hard to call. I am constantly awed, and humbled, by the talent out there but authors I consistently return to include Maggie O’Farrell, Jenn Ashworth, Jojo Moyes, Kate Atkinson, Sarah Rayner, Margaret Atwood, Rowan Coleman, Rose Tremain … and on and on I go!

I have another novel scheduled for Accent Press – the release date is provisionally January 2017. Skin Deep is another love story, though not a conventional one – to put it mildly! It follows beautiful artist Diana and Cal, a deformed boy. Both of them are seeking love and purpose, trying to find acceptance and their place in a world fixated with image. It explores obsession, concepts of beauty, and the legacy of parental exploitation. And if this makes it sound a little grim – it’s not. It’s full of wonder and joy, and love. Skin Deep is written, though there will be more work on it with my editor, Greg. Alongside this novel, I’m writing a brand new one. It’s very early days (15k into a first draft and no title yet) so I’m loathe to say too much other than it’s about addiction and love – love between sisters and grandparents, as well as partners.

A huge thank you to Laura for answering my questions and having me onboard the blog tour. Don’t forget to get hold of your copy of Redemption Song now.