Since I started blogging I have become ADDICTED to NetGalley. It’s amazing and whoever invented it has fast become my hero. I had no idea that sites like NetGalley even exsisted before I started blogging and I love how reviewers are given the opportunity to read so many fabulous titles before they are even released so they can publish reviews and recommendations to help promote books on their release. NetGalley is such a fabulous resource for book bloggers, reviewers, librarians and booksellers alike.

I am like a bookaholic in a virtual bookstore when I visit NetGalley and I am increasingly having to reign myself in, otherwise my feedback ratio will be atrocious. I went on a bit of a NetGalley ‘binge’ over the weekend, and now intend to spend the rest of my life working on that ratio, but I couldn’t help myself (I have zero will power). There are just so many flippin’ fantastic books available on there at the moment, so I thought I would share some of my favourites with you all. I’m MEGA excited about reading and reviewing these for my blog, so here’s some of the titles that I have been busy clicking the ‘Request’ button for…

The Boy In The Cemetery by Sebastian Gregory (released 29th October 2014, click to pre-order)

Carrie Anne is desperately unhappy. Tangled in a web of abuse, she seeks solace in the cemetery that backs onto her garden. But something creeps between the gravestones. Carrie Anne is not alone…

…and a boy who was dead, but could not die.

The cemetery is home to a boy. He has guarded these forgotten bones since meeting a gruesome end two hundred years ago. Neither dead nor alive, he has been watching for a long time. And now, he finally has the visitor he’s been waiting for…

Megan McAllister is home for Christmas…whether she likes it or not!

Christmas is about family…and for Megan family means two people: herself, and her daughter Skye. It doesn’t mean her parents who, ten years ago, saw her pregnancy as anything but a miracle. And it definitely doesn’t include her irresistible ex-boyfriend Lucas Bright.

So ‘Driving Home for Christmas’ has never been top of Megan’s festive playlist. But for Skye, she knows she needs to spend the holiday season with the people she’s left behind. She can do this. Even if the thought of meeting Lucas under the mistletoe still has her feeling like she’s drunk one-too-many Snowballs!

But somewhere between the hanging of stockings and the crackle of wrapping paper, Christmas starts to sparkle. And Megan begins to wonder if family could be bigger than her and Skye after all…

The Woman Who Stole My Life by Marian Keyes (released 6th November 2014, click to )

‘Name: Stella Sweeney.
Height: average.
Recent life events: dramatic.’
One day, sitting in traffic, married Dublin mum Stella Sweeney attempts a good deed. The resulting car crash changes her life.
For she meets a man who wants her telephone number (for the insurance, it turns out). That’s okay. She doesn’t really like him much anyway (his Range Rover totally banjaxed her car).
But in this meeting is born the seed of something which will take Stella thousands of miles from her old life, turning an ordinary woman into a superstar, and, along the way, wrenching her whole family apart.
Is this all because of one ill-advised act of goodwill? Was meeting Mr Range Rover destiny or karma? Should she be grateful or hopping mad?
For the first time real, honest-to-goodness happiness is just within her reach. But is Stella Sweeney, Dublin housewife, ready to grasp it?

Hallie has a secret. She’s in love. He’s perfect for her in every way, but he’s seriously out of bounds. And her friends aren’t going to help her because what they do know is that Hallie doesn’t have long to live. Time is running out…
Flo has a dilemma. She really likes Zander. But his scary sister won’t be even faintly amused if she thinks Zander and Flo are becoming friends – let alone anything more.
Tasha has a problem. Her new boyfriend is the adventurous type. And she’s afraid one of his adventures will go badly wrong.
THREE AMAZING THINGS ABOUT YOU begins as Hallie goes on a journey. A donor has been found and she’s about to be given new lungs. But whose?

Nobody’s life is ever perfect. Families tell lies. People keep secrets. But the life which Will and Ellie Spears have built together is as perfect as it’s possible to be.

Until one day something is let slip. A discovery is made. And all of a sudden Ellie and Will’s life falls down, as acceptance gives way to an obsessive search for answers. 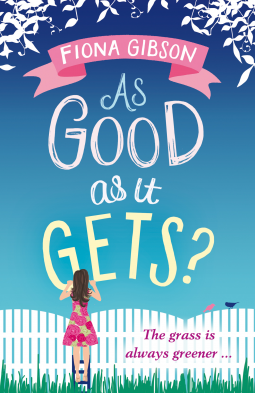 As Good As It Gets? by Fiona Gibson (released 29th January 2015, click to pre-order)

Charlotte Bristow is worried about her husband Will. Their fourteen years of marriage have been rather lovely so far, but things have been a bit odd lately.

With their stunning 16-year-old daughter Rosie newly signed to a top modelling agency and Will recently out of a job, Charlotte can’t help but notice that things are changing in their household.

As Will dusts down his old leather trousers and starts partying with their new, fun neighbours, Charlotte begins to wonder what on earth is going on.

So when Fraser, Charlotte’s ex – and father of Rosie – suddenly arrives back on the scene, Charlotte starts to wonder what might have been…

The gingerbread is baking, the dress is fitted and the mistletoe’s in place – for once, everything’s going to plan. That is until her mother-in-law arrives… Suddenly, Lily’s famous cool is being tested like never before and her dream wedding is crumbling before her eyes.

In the blink of a fairylight, the Gingerbread Café has been thrown into chaos! Lily thought she had this wedding wrapped up, but with so much to do before she says ‘I do’, can Lily get to the church on time – and make this Christmas sparkle after all? 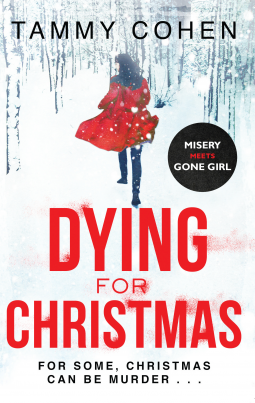 I am missing. Held captive by a blue-eyed stranger. To mark the twelve days of Christmas, he gives me a gift every day, each more horrible than the last. The twelfth day is getting closer. After that, there’ll be no more Christmas cheer for me. No mince pies, no carols. No way out …

But I have a secret. No-one has guessed it. Will you? 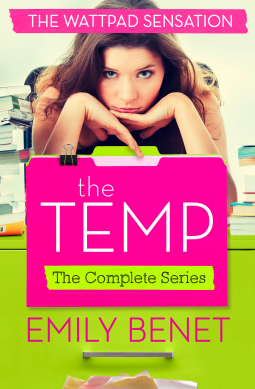 Amber is a twenty-something, out of university with a degree she’s not sure what to do with… so she temps in order to earn enough money to live in London.

One of her favourite life-hacks is to attend modern art gallery openings for free wine. It is during one of these that she thinks ‘if they can do it, why not me?’, and meeting a handsome gallery promoter cements her ambition to become famous through her art.

With the help—and sometimes hindrance—of her friends Farrell, Bibiana, and Egg (short for Egbert), can Amber achieve her dream AND snag handsome Elliott? 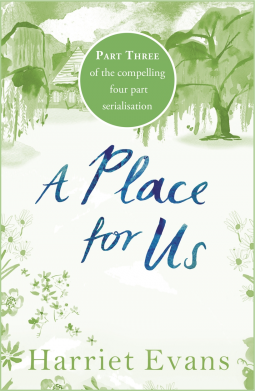 A Place for Us (Part Three) By Harriet Evans (released 25th September, click to buy)

The day Martha Winter decided to tear apart her family began like any other day.

The house has soft, purple wisteria twining around the door. You step inside.

The hall is cool after the hot summer’s day. The welcome is kind, and always warm.

Yet something makes you suspect life here can’t be as perfect as it seems.
After all, the brightest smile can hide the darkest secret.

But wouldn’t you pay any price to have a glorious place like this?

So there you have some of my current NetGalley favourites. What are you waiting for? Get requesting, reading and reviewing!